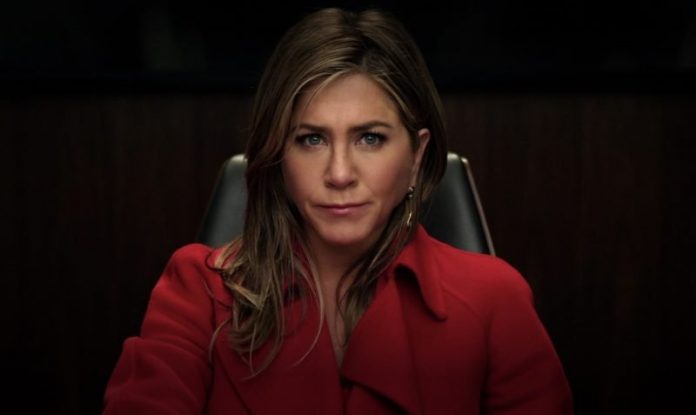 It has been a big week for Apple TV+ news, with release dates announced for several upcoming series, a multi-year agreement with actress and producer Julia Louis-Dreyfus, and now a major award win.

At the 26th annual Screen Actors Guild Awards in Los Angeles tonight, actress Jennifer Aniston won an SAG Award for Outstanding Performance by a Female Actor in a Drama Series for her leading role as morning news anchor Alex Levy in the Apple TV+ series “The Morning Show.”

This is the first SAG Award that Aniston has won on an individual basis. Her last SAG Award came in 1996 for Outstanding Performance by an Ensemble in a Comedy Series alongside her “Friends” cast members. She beat out Helena Bonham Carter (“The Crown”), Olivia Colman (“The Crown”), Jodie Comer (“Killing Eve”) and Elisabeth Moss (“The Handmaid’s Tale”).

“The Morning Show” actors Steve Carell and Billy Crudup were also nominated for SAG Awards for Outstanding Performance by a Male Actor in a Drama Series, but the category was won by Peter Dinklage (“Game of Thrones”).

Last month, Aniston was nominated for a Golden Globe Award for her performance in “The Morning Show,” but she did not win.

This is the second major award win for Apple TV+. Last week, actor Billy Crudup won a 2020 Critics’ Choice Award for Best Supporting Actor in a Drama Series for his role as Cory Ellison in “The Morning Show.”

“The Morning Show” was widely panned by critics upon the launch of Apple TV+, but they were only provided with the first three episodes to watch. The series has a strong audience score of 94 percent on Rotten Tomatoes, and as more episodes came out in the series, some critics began to view the show more favorably too.