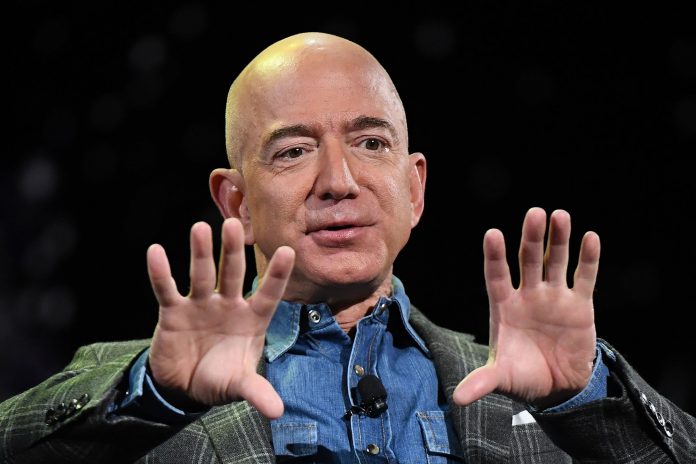 New evidence suggests that data from Amazon CEO Jeff Bezos’ phone was hacked in 2018 by Saudi Crown Prince Mohammed bin Salman, according to a report.

The Guardian reports that Bezos and Salman had talked via WhatsApp before the hack and that an encrypted message sent by Salman’s number most likely contained a malicious video file that was able to infiltrate Bezos’ phone and much of his data.

It’s not clear what and how much data was taken, nor what the data could have been used for.

Bezos was reportedly targeted because of his company, Nash Holdings, and its ownership of the Washington Post, specifically the paper’s aggressive coverage of Saudi Arabia around the time of the hack.

In October 2018, five months after the alleged hack, Washington Post journalist Jamal Khashoggi was assassinated by the Saudi Arabian government. The CIA has since said that Salman ordered Khashoggi’s assassination.

“He probably believed that if he got something on Bezos, it could shape coverage of Saudi Arabia in the Post. It is clear that the Saudis have no real boundaries or limits in terms of what they are prepared to do in order to protect and advance MBS, whether it is going after the head of one of the largest companies in the world or a dissident who is on their own,” Middle East expert Andrew Miller told the Guardian.

Bezos’ team also told the Guardian that they found “high confidence” that the Saudis were the ones to leak the information that Bezos was having an affair, which landed the tech giant in the headlines for a few months in 2019.

According to the Guardian, the evidence surrounding the hack is credible enough for “investigators to be considering a formal approach to Saudi Arabia to ask for an explanation.”

Digital Trends reached out to Amazon and WhatsApp for comment on the hack. We will update this story once we hear back.

Aside from Bezos, bin Salman has also been linked to presidential adviser and President Donald Trump’s son-in-law Jared Kushner, whom he also has chatted with on WhatsApp. According to The Intercept, Salman has even said that Kushner is “in his pocket.”