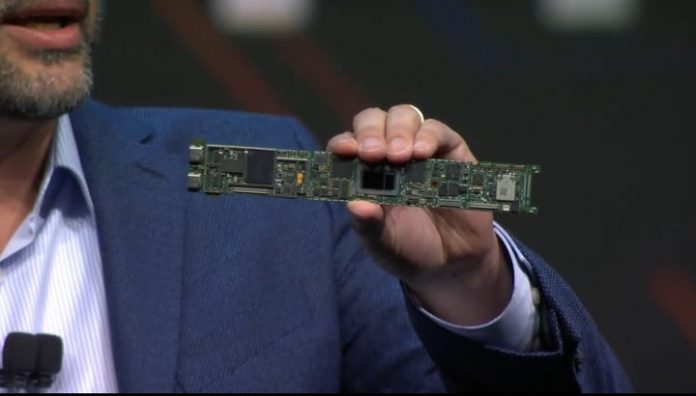 In particular, Tiger Lake is meant to be the replacement of Ice Lake, which was Intel’s first attempt at a 10nm processor. These chips were launched last fall, and have become the primary processor used in high-end laptops in early 2020.

There are AI improvements with Tiger Lake as well, alongside advancements in media and display improvements. Software vendors can utilize the hardware’s AI acceleration to help users do instant photo enhancements, turning everyday consumers into creatives. With little effort, you can digitally zoom into blurry photos and get an enhanced resolution, crisper image with minimal effort, Intel showed during its demo with photo editing software from Topaz Labs.

“It is our most disruptive and advanced architecture yet,” said Intel’s graphics software engineering director Lisa Pearce during the company’s CES keynote. “And so we’re super excited and bring gains and efficiency also doubles the performance versus the previous generation.” Other features include Thunderbolt 4 support and Wi-Fi 6 on Intel’s smallest U-series motherboard to date.

In a show of what it can accomplish, Intel also demonstrated how its Tiger Lake processor can be used to drive new and exciting form factors to drive more immersive computing experiences. The company showcased its new Horseshoe Bend concept, a foldable laptop with a massive 17-inch display that uses Tiger Lake. According to Intel, the “hybrid” Tiger Lake processor is what allows for these types of experimental form factors.

Intel didn’t provide details on the exact specifications of these new processors. There’s a lot we still don’t know. But Intel did show off the tiny motherboard it designed just for Tiger Lake.

Intel stated that laptops with Tiger Lake should be available later this year.