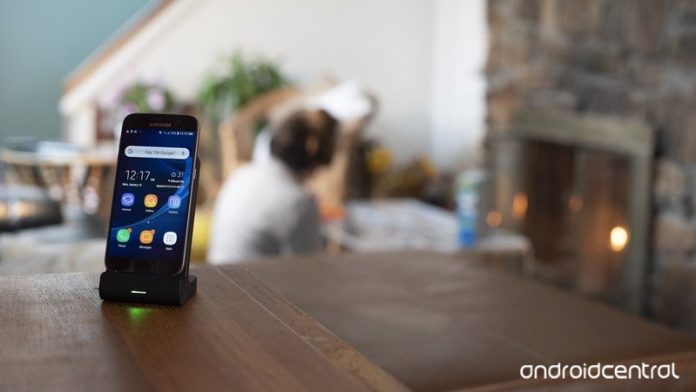 Your phone is just sitting there when it could be charging 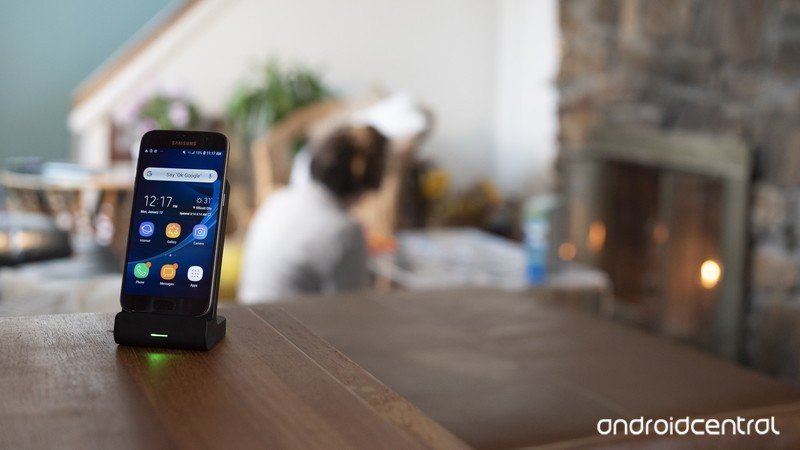 I have four (soon seven) wireless chargers in my house. I have two next to the couch, one on each side of the bed, and I’ll soon put one in the kitchen, one on my office desk (instead of plugging directly into my laptop), and one in the kid’s bedroom. He has a phone now and it charges wirelessly.

I’m going all-in on wireless and I highly recommend you do the same.

Wireless charging today is much faster than it once was, but it’s still slower than the wired charger that come in the box, and it’s much slower than the high-wattage chargers that work with today’s best phones. That’s just fine by me, because my wireless lifestyle means I’m never in a hurry to charge my phone. In fact, I barely think of it as “charging” my phone at all.

I’m never in a hurry to charge my phone

I love wireless charging, and I think of it as a lifestyle and not just a technology. Wherever I am, I can plop my phone down to sip some juice. When I’m cooking, my phone is charging. When I’m watching TV, my phone is charging. When I’m working … well, you get the picture. Whenever I’m not using my phone, I’m going to lay it down somewhere anyway, so why not sit it atop a wireless charger? There’s no fumbling, no effort on my part, and it even makes my phone more convenient to find later. 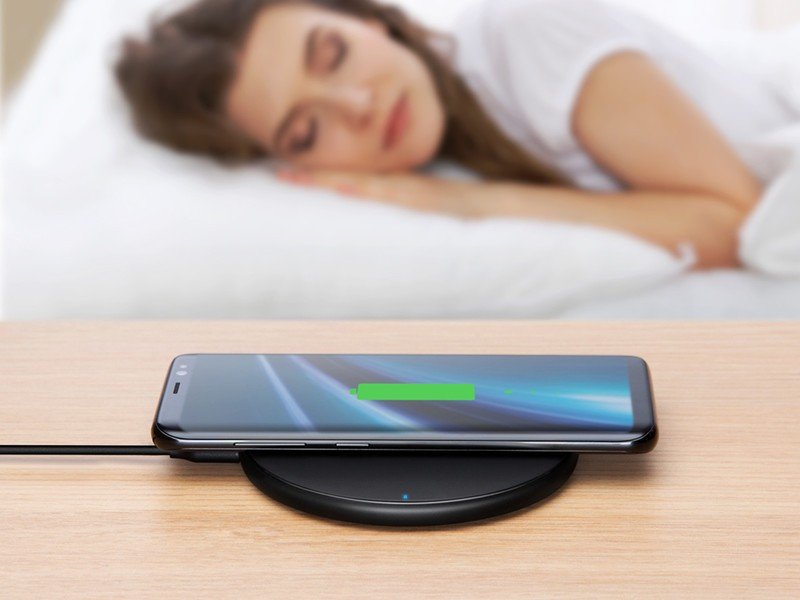 By adopting this habit— constantly topping off — I never have to worry about how much power I have. I’m always near the top of the bucket. It helps that I have a wireless charger in my car, which is a sweet, wireless magnetic number that works with magnets in my phone’s case. I still need a wire running up the dashboard to the magnetic charger, but many cars are coming with wireless charging built in.

If you bought a phone in the last year or so, it almost certainly has the capability to charge wirelessly. All of the major manufacturers — Apple, Samsung, Huawei, Google, LG — build wireless charging into the flagship models. Most phones are “Qi” (pronounced “chee”) certified by the Wireless Power Consortium (WPC), so no matter who makes your phone, no matter who makes your charger, you’ll have no problem powering up.

Wireless charging is the one standard that works with every type of phone.

This is the closest we’ve gotten to a universal charger. Consider that Apple uses lightning connector, a different plug standard than all the other phone makers. Most Android flagships use USB-C, but plenty of devices still have micro-USB charging ports. If you have a family with more than one type of phone connector, you can get a few different cords to carry around the house, or you can go wireless. Wireless charging is the one standard that works with almost every type of phone. 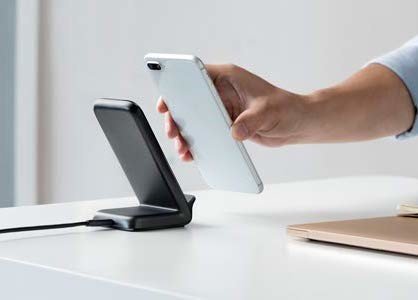 I use my wireless charging stations with my Galaxy S9+, my iPhone 11 Pro Max, and my mom’s Galaxy S7. When we have guests, we can easily invite them to set their phone down for a quick charge. It’s also a nice way to get the phone out of someone’s hands, and they’re less likely to pick it up if it interrupts charging.

Phones will not have ports forever. Between cloud storage, wireless charging, and wireless headphones, there is less reason than ever to connect a cable to your smartphone. There are already rumors of Apple dropping all of its ports for a seamless flagship at the very high end of its line-up in the near future. Android manufacturers will follow suit, as they always do, and soon seamless phones that only charge wirelessly will become the norm. 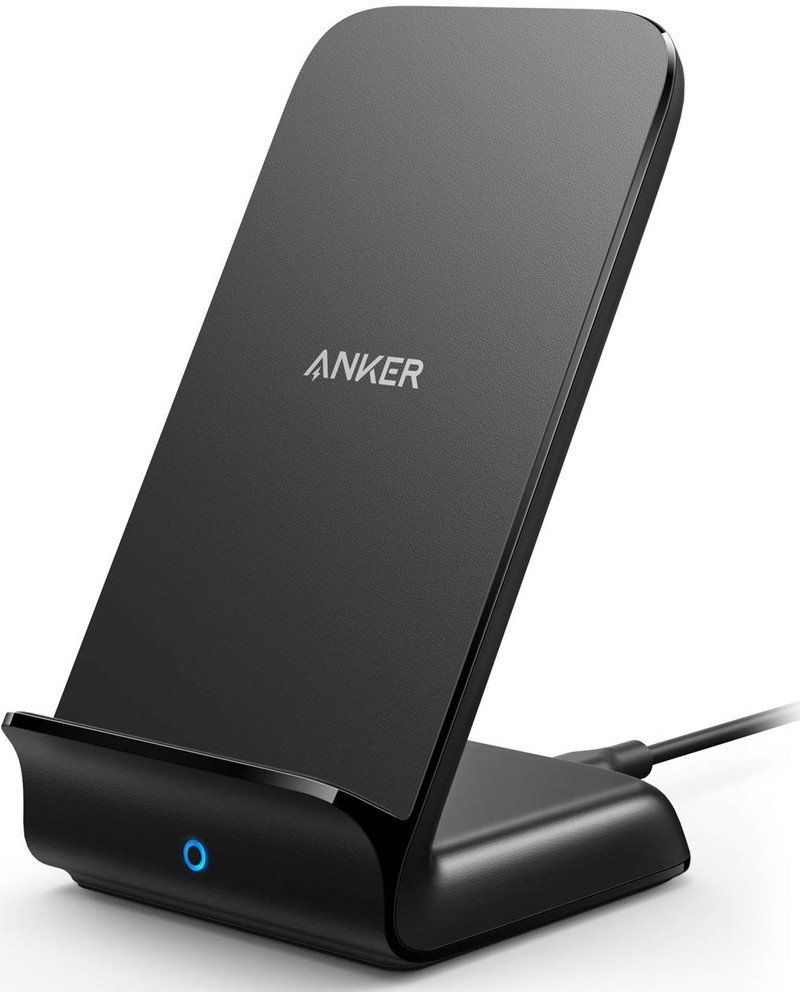 Power in every room

Set up a bunch of these PowerWave stands from Anker and you’ll have an easy wireless charging station for all of your phones in every room. These go on sale often so wait for a good bargain then buy a bunch. 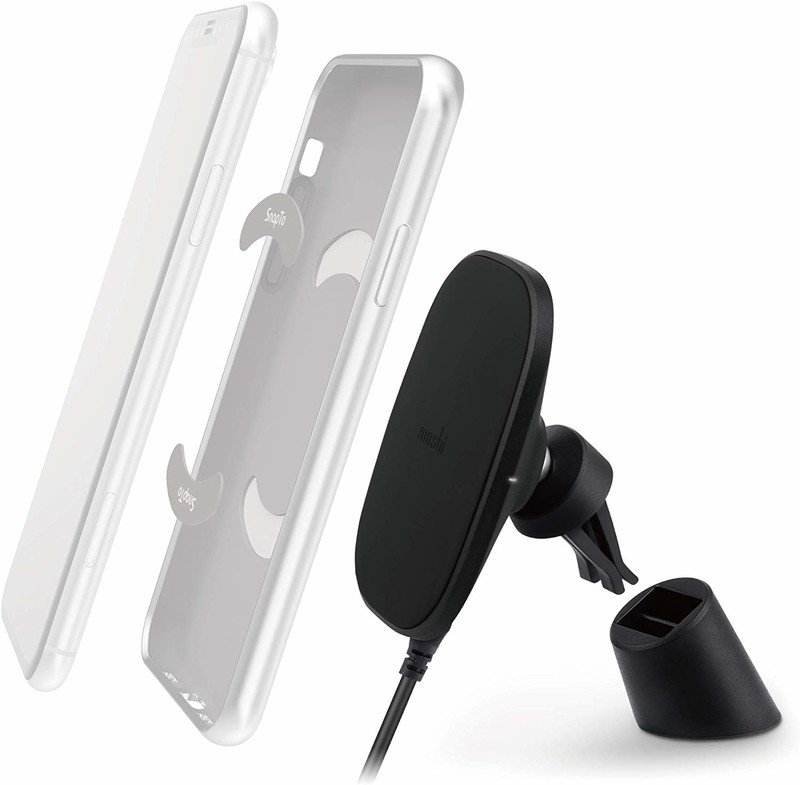 Power for every ride

The Moshi SnapTo car mount comes with magnets you can stick to any phone for a secure fit, or you can spring for one of Moshi’s excellent cases, which have slots for the magnets built it. This magnet mount is so much easier than fumbling with squeeze mounts and wires.