How to watch SpaceX launch 60 Starlink satellites on Friday 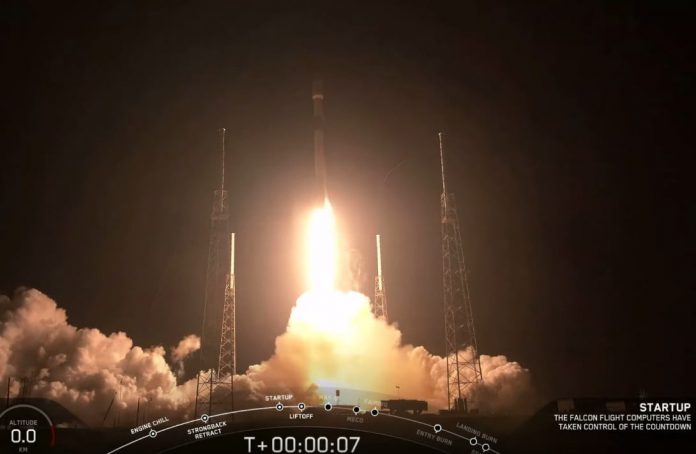 SpaceX is launching a Starlink rocket carrying dozens more internet-providing satellites on Friday, January 24, and you can watch it launch into space in real time. We’ll embed a player above to allow you to do so as soon as it’s available early Friday morning.

The Starlink rocket will be supported by SpaceX’s Falcon 9 rocket and will carry 60 Starlink satellites. The launch is targeted for 7:54 a.m. PT, so be sure to tune into the webcast before then in order to catch the launch. It was previously scheduled for Monday, January 20, but was pushed back due to extreme weather in the recovery area.

Now targeting January 24 at 10:54 a.m. EST, 15:54 UTC, for launch of 60 Starlink satellites; team is continuing to monitor weather in the recovery area

The Falcon 9 rocket (known as B1051.3) that will be used for this mission has also previously blasted off from the John F. Kennedy Space Center in Florida and from SpaceX’s West Coast launchpad. This Falcon 9 previously hosted an uncrewed Crew Dragon Capsule.

SpaceX has launched three batches of its Starlink satellites into low-Earth orbits, totaling about 120, since May of last year. Just two weeks ago, a batch of 60 was launched. Friday’s launch will be the fourth Starlink mission overall.

In the company’s own words, the Starlink satellite project aims to “deploy the world’s most advanced broadband internet system” to provide “fast, reliable internet to locations where access has been unreliable, expensive, or completely unavailable.” Several other companies are competing with SpaceX to provide similar kinds of services, enabling faster broadband speeds around the globe.

SpaceX is planning to launch batches of 60 satellites every two to three weeks over the next year. Eventually, SpaceX’s satellite total could reach more than 40,000, according to space.com.

Friday’s Starlink launch will be the second launch of the week for the company. On Sunday, January 19, SpaceX conducted an abort test of its Crew Dragon capsule, the goal of which is to eventually carry astronauts to the International Space Station (ISS). The in-flight abort test (which turned out to be successful) was aimed at gauging the spacecraft’s ability to carry astronauts to safety in the unlikely event that an emergency occurs after liftoff.

Aside from Starlink satellite missions, the next major SpaceX launch will take place on March 1. when a Falcon 9 rocket will launch a Dragon spacecraft mission to deliver cargo to the ISS.

With most movie theaters around the country still closed for the foreseeable future, another film is making its way to
Read more
How to

How to Convert Your Old Phone into a Remote Switch

Technology gave us the gift of a smart home. However, alongside a smart home came  the need for multiple control systems. A remote for...
Read more
How to

Buying the new Dell XPS 15? From choosing processors to display options, here's everything you need to know.
Read more

Waze design makeover seeks to spark the joy of driving

The Waze driver app aims to spark joy for commuting in a brand refresh for simplicity, consistency, and color.
Read more

Modern, thin, and light, the Lenovo Chromebook Flex 5 might be the best Chromebook you can buy under $500.
Read more

Smartphones with 100W+ fast charging could become a reality next year

Are you going to buy the Galaxy S20 BTS Edition?

Chatting with the AC forums.We've seen plenty of special/limited edition smartphones over the years, including ones that tie-in with the
Read more