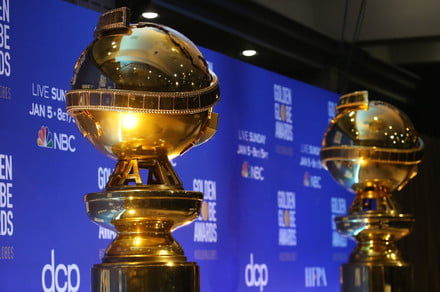 The 77th annual Golden Globe Awards will air live on Sunday, January 5, from the Beverly Hilton ballroom in Beverly Hills, California. Ricky Gervais will host the traditionally raucous show for the fifth (and supposedly final) time, which may mean viewers are in for an even more merciless night of roasting and satire than usual. Often considered a gauge for which films will earn Academy Awards honors, the Hollywood Foreign Press Association’s (HFPA) Golden Globes are the first stop on the Hollywood awards circuit for 2020.

The nominees are in, with streaming services earning a surprising amount of recognition, so it’s sure to be an interesting show.

Interested in checking it out? Here’s how to watch.

How to watch the Golden Globes

There are many ways to watch the Golden Globes, depending on how involved in the ceremony you’d like to be. Whether you’d like to tune in from the very start of the red carpet coverage or you just want to see the awards handed out, there are myriad access options available.

Ryan Seacrest and Giuliana Rancic will headline E!’s Golden Globes preshow, where they’ll interview nominees and other celebrity arrivals about their attire and what they’re looking forward to from the night. They’ll likely touch base with the casts of nominated shows like Fleabag, Chernobyl, and The Marvelous Mrs. Maisel, and many others.

You can watch the show live on E! or with Hulu Live, Sling TV, or AT&T Now.

Not interested in the entire red carpet coverage but don’t want to miss the opening monologue? NBC’s red carpet coverage begins an hour before the ceremony, providing behind-the-scenes details ahead of the show and predictions on who will take home the top honors. Watch live on NBC or with Hulu Live, Sling TV, or AT&T Now.

The show officially kicks off at 8 p.m. ET/5 p.m. PT, live across the country on NBC. The show is scheduled to run for three hours to accommodate all of the film and television awards. Again, you can watch live on NBC, or on Hulu Live, Sling TV, or AT&T Now.