Best answer: Faster than the PS4, at least. We don’t know the exact speed specs for the PS5 just yet. However, between seeing the comparison to the PS4 and what we have learned from systems architect Mark Cerny, we’ll definitely see some improvements.

Here’s what we know about the build so far

It now uses an SSD

A massive change in the world of PlayStation is the choice to build the system with a solid-state drive (SSD) over a basic hard-disk drive (HDD). If you have ever used an SSD on your computer after using an HDD, you will understand why this is such an important change. SSDs are well known for being faster, more powerful, and make for a better experience than HDDs.

You can see the difference in load times during a interview between Wired and Cerny, using Marvel’s Spider-Man as an example. Going from the PS4 Pro, which sported a traditional HDD to read games data straight from the disk to the SDD of the PlayStation 5, the load time went from 15 seconds down to under 1 second. As Cerny said, “rather than treating games like a big block of data, we’re allowing finer-grained access to the data.” This is because an SSD allows the use of more simplified game data.

Along with upgraded drive, PS5 is also getting a big bump to computing power with a new CPU (central processing unit). During the same Wired interview, Cerny mentioned that Sony is basing the PlayStation 5 CPU on the x86-64-AMD Ryzen Zen 2. This is an eight-core unit; more cores means it can handle more simultaneous processes.

The real benefit comes when you look at how quickly a CPU can handle information for those processes. The speed at which the CPU can carry out process instructions is called the clock speed. A CPU based on the Zen 2 will significantly improve upon the clock speed, or how fast it computes. The PS4 clocked in at 1.6Ghz and the PS4 Pro boosted that to 2.13Ghz. A Zen 2 clocks a peppy 3.2Ghz, so if the PS5 has a similar CPU tucked away, the processer will run calculations twice as fast. This is ifyea the CPU maintains the same clock speed. We certainly hope it will.

We don’t know yet what the PS5 will sport for memory. Memory speed is basically the time it takes RAM (random-access memory) to receive requests from the CPU and then read or write data for that request. Generally, the faster the RAM, the faster the processing speed.

So far, the PS5’s architecture is looking similar to the Xbox Series X. Hopefully, this will go for the memory as well, if not better.

After another presentation, Takashi Mochizuki, a tech reporter, shared Sony’s video comparing the PS4 Pro to the PS5. In the short clip shown, we see a side-by-side load speed comparison in Marvel’s Spider-Man, followed by a practical example of the players view moving through the New York City streets in the game.

It is clear to everybody that the PS5 is faster than the previous generation. Every example we have seen, both sanctioned and rumor, has shown it. Just how fast the system will be can’t be answered until more information is released throughout the year. We’ll be sure to keep you updated. Spider-Man has been the example for many speed tests for PS5. Aside from the impressive size of this game and how much data went into building it, the story is fantastic. This easily made our list of decade favorites. Build out your collection

If spiders aren’t your thing, or Spider-Man in this case, pick up some other games from the PlayStation Store. Or share the joy of gaming with friends. Gift cards are a quick and easy way to fill out your game library with all the games you love. 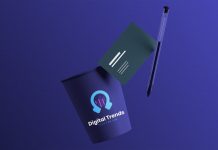 We used an A.I. design tool to come up with a new logo. Here’s what happened 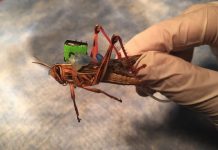