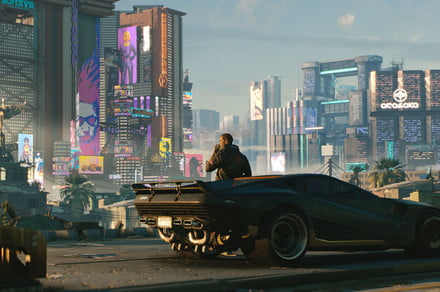 Life in the 2020s might be new to you and me, but it’s far from fresh territory for movies and TV. Once cast as a far-off future (or, at least, moderately far future) setting for speculative sci-fi movies, real-world calendars have finally caught up.

What did screenwriters think the world would be facing in the year 2020? What’s the science to accompany the fiction? Let’s take a look:

In the movie: Directed by Scarface director Brian DePalma, Mission to Mars depicts an ill-fated mission to Mars, set in the year 2020. Needless to say, it doesn’t go according to plan. Not for the astronauts in the story or, probably, for DePalma. At least commercially, his movies have largely failed to launch since this abortive voyage.

In real life: NASA will indeed launch another mission to Mars in 2020, although it won’t have any people on board. Instead, the mission will seek signs of habitable past conditions on Mars, including microbial life. As far as the possibility of a crewed mission to Mars is concerned, our faith rests with Elon Musk who has been talking about just such a mission for years.

In the movie: By 2020, human boxers have been replaced by robots. Washed-up former boxer Hugh Jackman has been replaced as part of this automation wave. He teams up with his estranged son to build and train a kickass new fighting robot that can finally be the champion he never was. Imagine Rocky if it was made by the team at Boston Dynamics.

In real life: A growing number of people are concerned about the impact automation is going to have on the job market. That’s particularly true of physical jobs. There have been some impressive advances in robots that can emulate the movements of their human controllers, too. Unfortunately, the most concerted attempt to make fighting robots a real thing — the company MegaBots — collapsed in 2019. Its prototype battling bot, which cost $2.5 million to build, was auctioned off on eBay. There’s no evidence to suggest that it was bought by Hugh Jackman.

In the movie: The majority of Europe has been overtaken by an alien invasion force. A global military alliance called the United Defense Force (UDF) is created to fight the alien threat. It uses newly developed mech suits to give soldiers augmented fighting capabilities.

In real life: No alien forces arriving by comet, although Brexit has proven a bit disruptive in Europe. The mech suits were a good shout, though. Sarcos Robotics is one of several companies working to make augmented exosuits a reality. In 2020, it will ship the first “alpha units” of its Guardian XO powered exosuit to initial customers, including the U.S. military. These suits will enable wearers to carry out impressive feats of strength, such as lifting and manipulating 200-pound objects without breaking a sweat.

In the show: The Matt Smith-era Doctor and companions Amy Pond and Rory Wiliams land in Wales. A drilling operation is taking place, which winds up disturbing a civilization of reptile creatures called Silurians who live under the surface. As the former rulers of Earth, they decide they want their planet back. Hijinks ensue.

In real life: There’s plenty of digging into the Earth’s surface for a variety of reasons. No lizard master race as of yet. Still, they’ve got the best part of twelve months to decide to show themselves if they want to prove this storyline accurate.

In the movie: What is it with writers assuming that 2020 would be the year in which the U.K. suffers the wrath of dormant creatures awakened during mining expeditions? In Reign of Fire, Christian Bale, Matthew McConaughey, and Gerard Butler cash checks as survivors of a dragon-related apocalypse. (Confusingly, the movie previews give the date as 2084, but the movie itself describes it as being 2020.) Dragons, it turns out, helped kill the dinosaurs. This is told to us through newspaper clippings.

In real life: Dragons aren’t wreaking havoc on humanity. Newspapers aren’t doing too well, either. Seeing as Reign of Fire is set in a post-apocalyptic world, there’s not much to extrapolate here in terms of accurately predicting the future. It did, admittedly, nail how crucial Bale, McConaughey, and (to a slightly lesser extent) Butler would be to humanity, though.

Voyage to the Prehistoric Planet (1965)

In the movie: In the 2020 imagined in this 1965 Roger Corman cheapie (freely adapted from the Soviet science fiction movie Planeta Bur), Earth has colonized the Moon. Astronauts travel to Venus, discovering a prehistoric world full of dinosaurs, monstrous plants, and assorted dodgy special effects.

In real life: Half a century after humans landed on the Moon, we have yet to colonize Earth’s lunar satellite. We do, however, have another mission (or several) planned to land on it. And plans to use the Moon as a possible DNA data bank to keep a record of all civilization. The last NASA mission dedicated to Venus was the Magellan probe, launched in 1990. Over four years, it mapped 98% of the planet’s surface. Alas, no dinosaurs!

In the movie: Okay, I admit it: Akira isn’t actually set in 2020. It’s set in 2019, but I’m including it here because of the reference to the lead-up to the 2020 Olympics. Impressively, the movie accurately predicted that Tokyo would be the site of that year’s Olympic Games. The stadium constructed for the event figures into the plot as a key location for Akira’s climax.

In real life: Well, it got the Olympics bit impressively right. Fortunately, World War III hasn’t broken out — although not always for lack of trying. The futuristic aesthetic of modern Tokyo with its cyberpunk trappings and disaffected teens is pretty much spot-on. Disappointing lack of oversized stuffed toys and marauding motorcycle gangs, though.