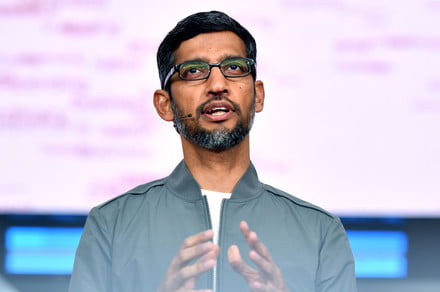 Google CEO Sundar Pichai has warned about the dangers of unchecked A.I. in an op-ed in the Financial Times, and has said he believes that the area should be more tightly regulated. “We need to be clear-eyed about what could go wrong,” with A.I., he wrote, citing concerns such as the rise of deepfakes and potential abuses of facial recognition technology.

Pichai talked about the positive developments that A.I. can bring, such as recent work by Google which has found that A.I. can detect breast cancer more accurately than doctors, or Google’s project to use A.I. to more accurately predict rainfall in local areas. However, he also warned that “history is full of examples of how technology’s virtues aren’t guaranteed” and that “[t]he internet made it possible to connect with anyone and get information from anywhere, but also easier for misinformation to spread.”

To address these concerns, Pichai recommends developing regulatory proposals for the use of A.I., citing the need for regulations to be as international as possible in a globalized world. “To get there, we need agreement on core values,” he wrote. “Companies such as ours cannot just build promising new technology and let market forces decide how it will be used.”

In practical terms, he pointed to existing regulation such as Europe’s General Data Protection Regulation as a starting point for future legislation — despite the issues that this particular legislation has caused for Google in the past — and emphasized that rules around A.I. must take into account factors like safety and fairness when finding ways to balance the potential benefits and harms of technological developments.

Pichai raises valid concerns that many people are thinking about as technology including internet communications, machine learning, and algorithms play an increasingly prominent role in our lives. However, hearing the CEO of a company that has used A.I. to improve the accuracy of military drones and has targeted homeless people to build facial recognition features talk about ethics in this way is raising a few eyebrows.

Pichai also says Google wants to be “a helpful and engaged partner to regulators,” as they address this issue, offering “our expertise, experience, and tools as we navigate these issues together.” However, with big tech companies like Amazon already trying to draft its own legislation around facial recognition, inviting tech giants to take a significant role in regulating their own industry may not be the best way to curtail their ever-growing power.