Get crystal-clear HD audio on your Amazon Echo Studio 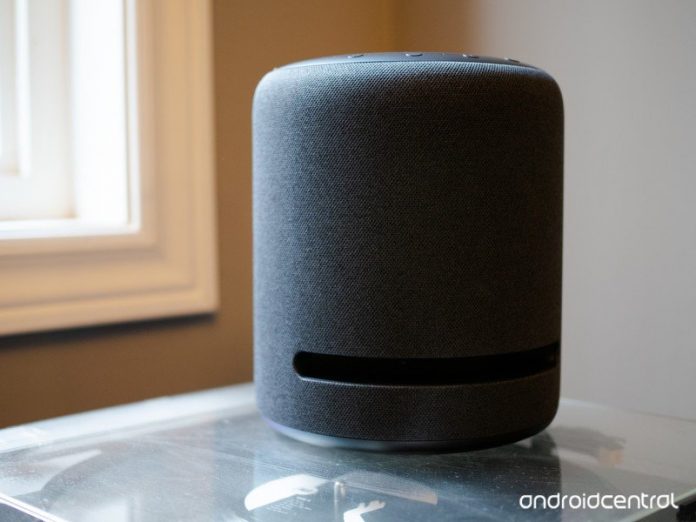 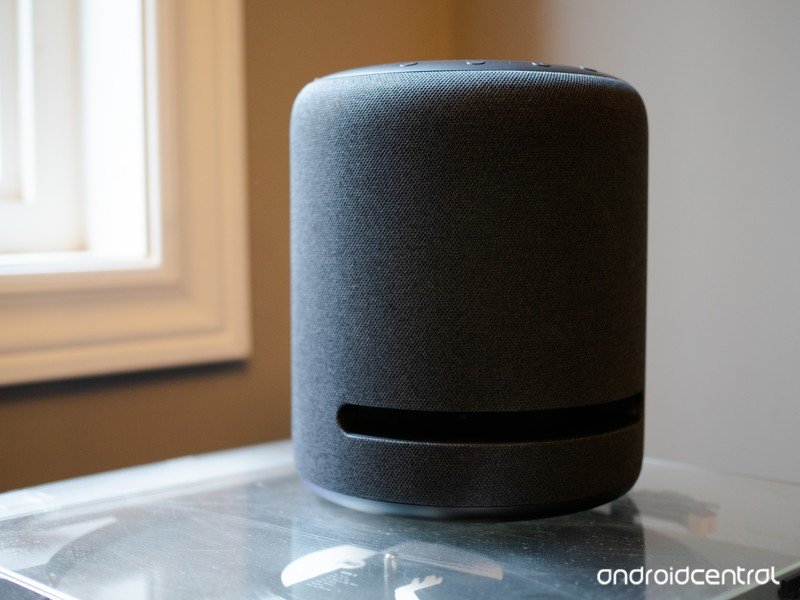 Amazon’s Echo Studio is an amazing product in its own right, but it was tailor-made for Amazon’s newest music service, Amazon Music HD. With up to 10 times the bitrates and streaming quality of “regular” music streaming services, Amazon Music HD delivers an entirely new audio experience to your Echo.

How to set up HD music on the Echo Studio

Amazon Music HD offers millions of songs in high definition audio format. What does this mean exactly? Well, pretty much the entire Amazon Music Unlimited catalog of over 50 million songs are available in Standard Definition (SD) at up to 320 kbps (already among the highest between the streaming services), and nearly as many are available in High Definition (HD) at up to 16-bit/44.1kHz or 850 kbps (more than double the standard streaming bitrate).

Best of all? Millions of songs are available on Amazon Music HD at up to 24-bit/192 kHz or 3730 kbps (more than 10 times the standard streaming bitrate)!

Want to get in on this action? It’s pretty simple,

Plug in your Echo Studio and work through the quick setup process. 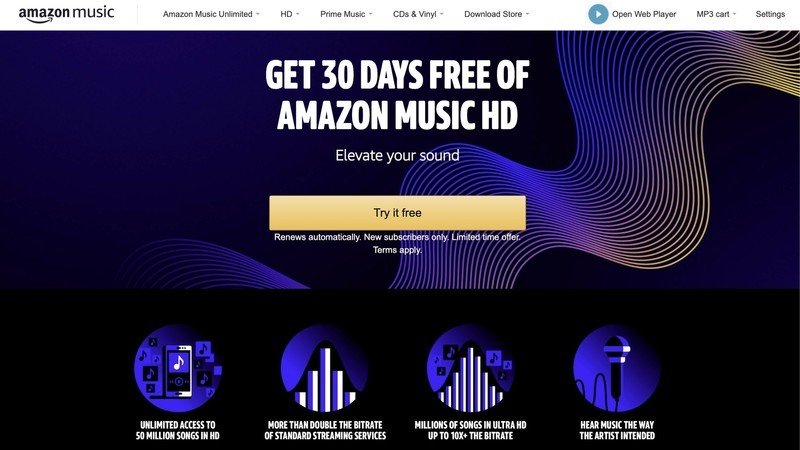 How to enable 3D music on the Echo Studio

In addition to that crystal-clear quality audio coming from its Music HD service, Amazon has added some special sauce to a chunk of its music catalog in the form of 3D music. Amazon describes 3D music as “an immersive audio format” that “turns stereo songs into a multidimensional audio experience, adding space, clarity, and depth.” You can access it through an Echo Studio.

Once you have your Echo Studio plugged in and set up, and you’ve activated your Amazon Music HD subscription, you are ready to enable your 3D listening experience.

Open the Amazon Alexa app on your mobile device.
Tap on Devices. 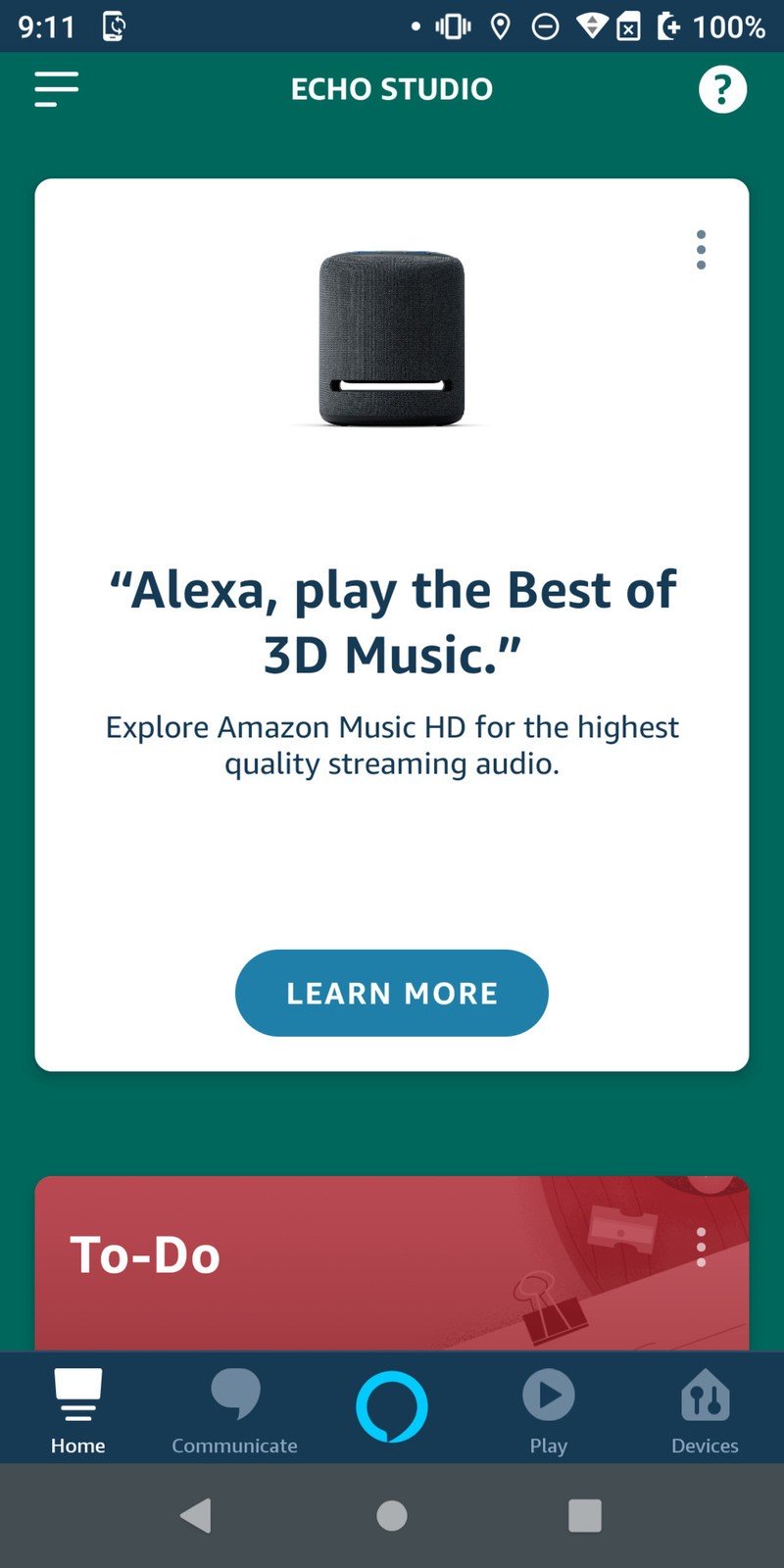 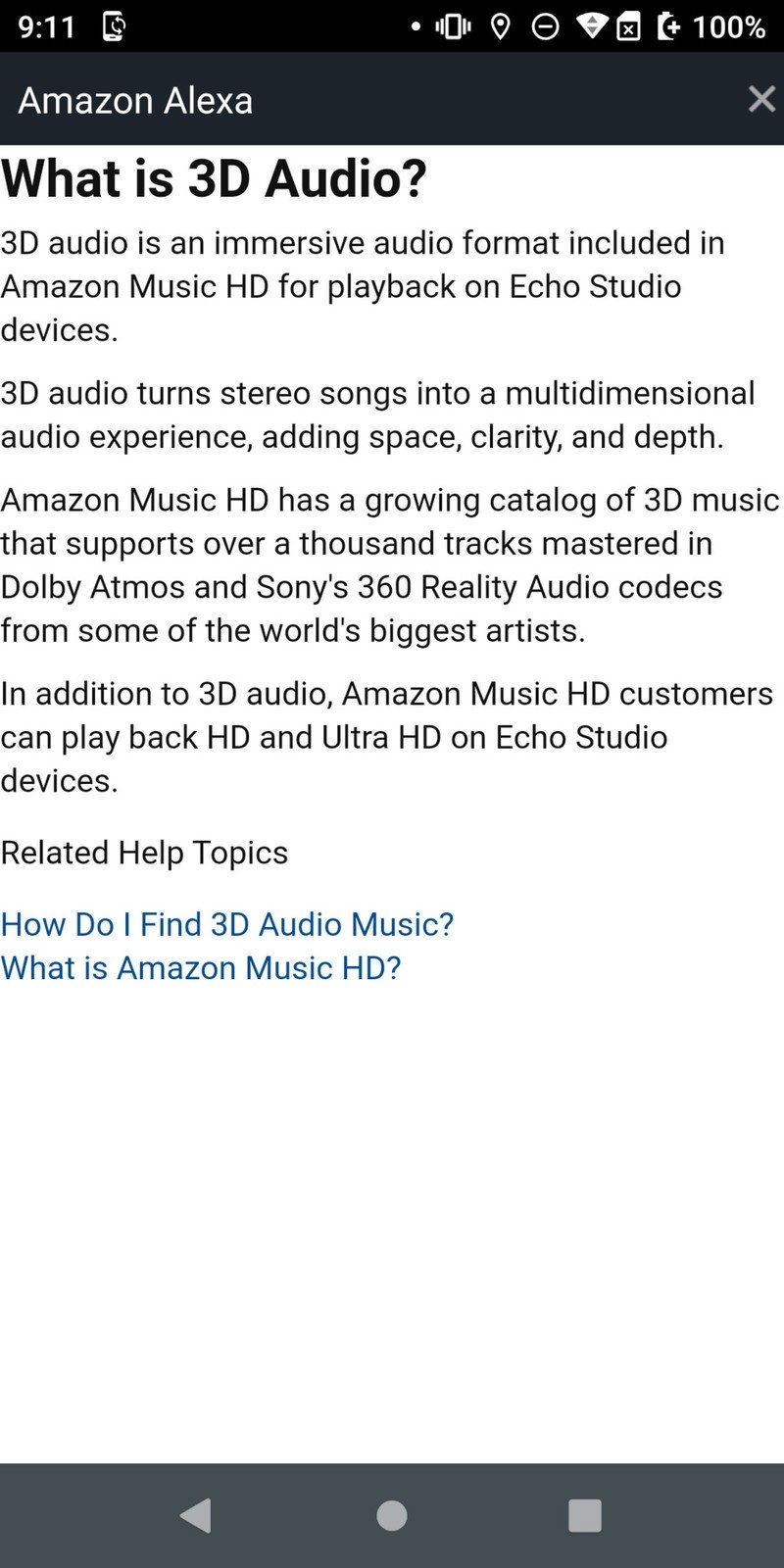 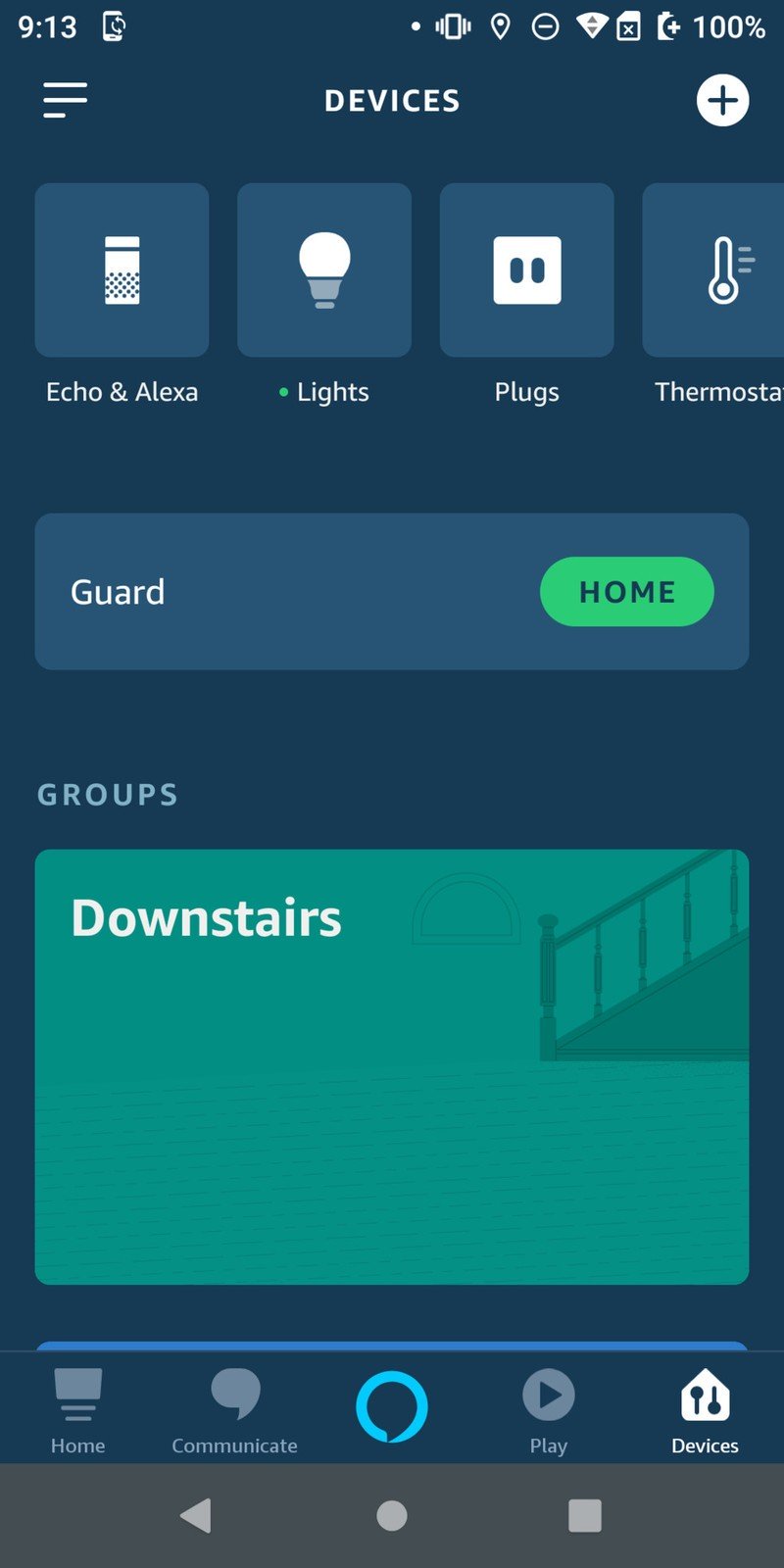 Find your Echo Studio device and tap on it.
Under Audio, tap on Audio Settings.

Tap on the slider that says Stereo Spatial Enhancement (depending on the version of the app you’re running, this may say “Upmixing”). 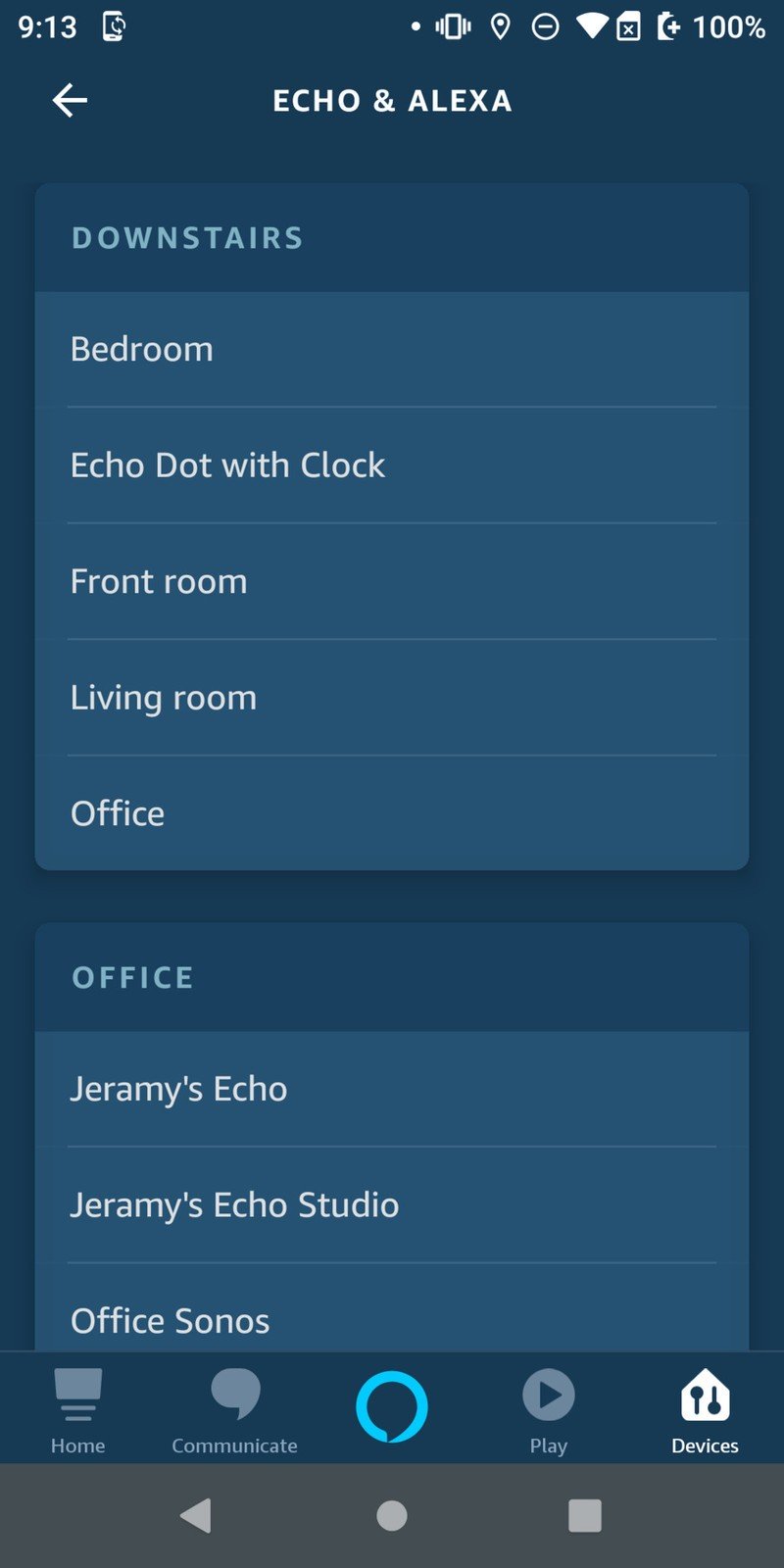 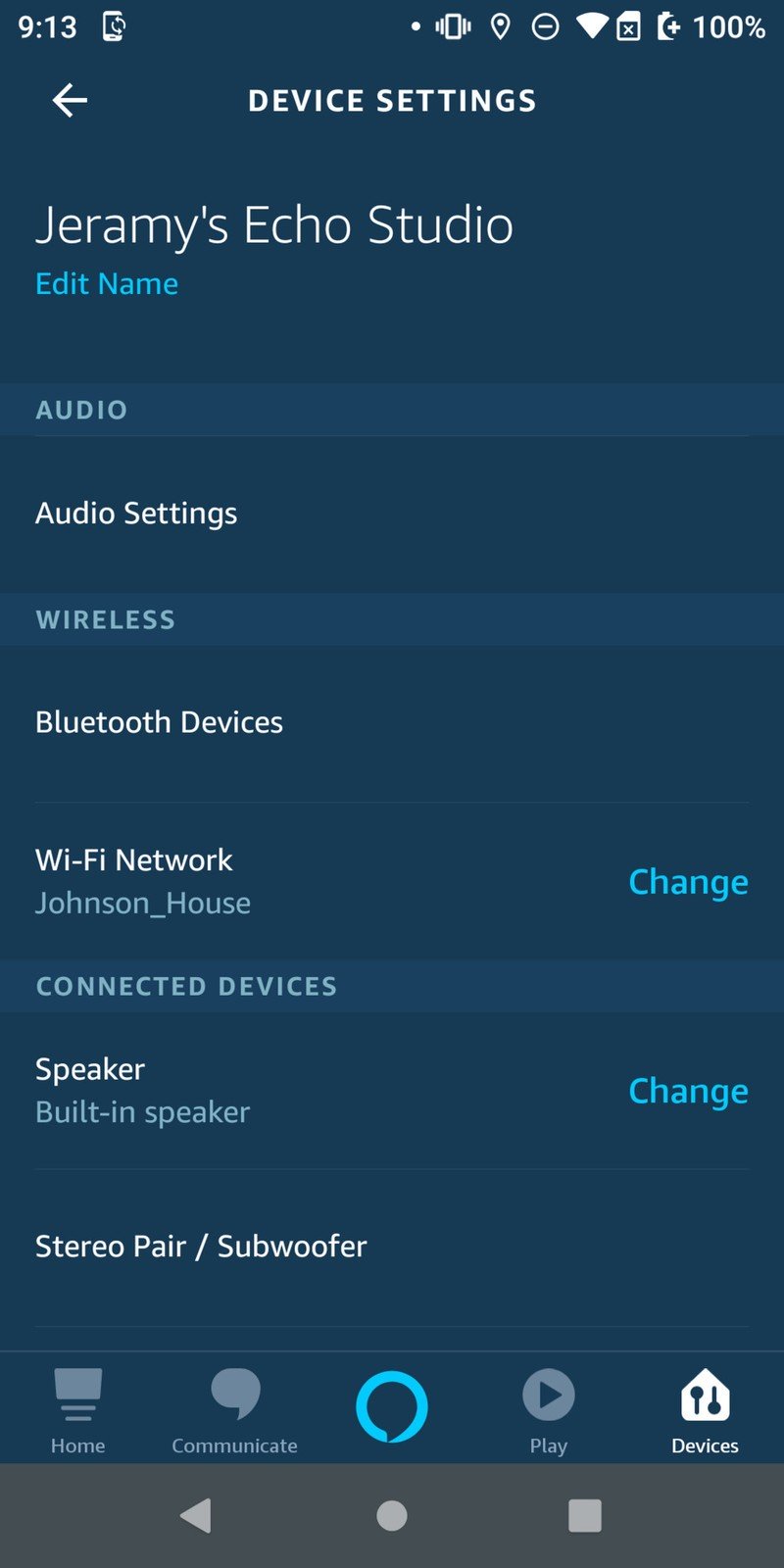 Now you are ready to enjoy the added space, clarity, and depth that Amazon promises with its 3D audio.

While 3D audio is a big selling feature of the Echo Studio and Amazon Music HD service, some people have commented that the 3D audio can sound a bit distorted at first, so be sure to play around with the settings in the Alexa app to tune the sound to your tastes. Also, if you elect not to subscribe to Amazon Music HD, then you’ll definitely want to turn off the “Stereo Spatial Enhancement” setting.

Pairing an Amazon Echo Studio with Amazon Music HD is the best way to get the best sound out of the Echo experience and into your home.

Get the best sound The biggest and baddest Echo speaker puts out amazing sound, but when you add in Amazon Music HD, it takes it to another level.

Not only does Amazon Music HD sound great on the Echo Studio, but you can pair two Echo Studios together, or an Echo Studio and Echo Sub, to really blast those beats! Plus, it has a built-in Zigbee hub to help control your smart home gadgets.

As good a speaker as the Amazon Echo Studio is, its potential is really unleashed with Amazon Music Unlimited’s HD service.

From $13 per month at Amazon

The highest bitrates and crystal-clear audio make this a music service worth considering.

Facebook
Twitter
Pinterest
WhatsApp
Previous articleDid you get the January 2020 security update on your Pixel?
Next articleThis could be our first look at the iPhone SE 2