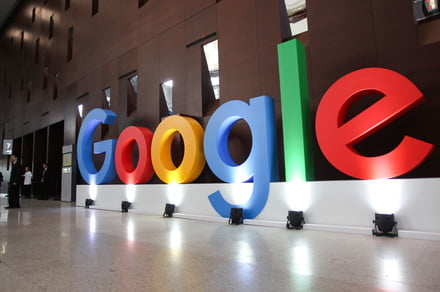 A former Google executive is speaking out against the tech giant, saying that he was ultimately let go for trying to create an internal human rights program.

Ross LaJeunesse told The Washington Post that he was let go from the company in April 2019. His former title was Google’s global head of international relations in Washington, D.C. LaJeunesse was in charge of creating a plan to protect human rights in China, mainly free expression and privacy. He told the Post he wanted a similar human rights program for the company’s internal processes but had his idea repeatedly shut down.

LaJeunesse said he was concerned with Google’s ethical changes in terms of the company’s involvement with China, specifically with the now-terminated censored search engine known as Dragonfly. The modified search engine that was backed by Google would supposedly not allow access to government-blacklisted websites or searches related to human rights, democracy, religion, or peaceful protest.

LaJeunesse said that Google’s chief lawyers and head of policy, Kent Walker, did not necessarily like the idea of an internal human rights program and that he told him that a commitment to human rights could increase the company’s liability.

A Google spokesperson told the Post that the company does support human rights efforts.

“We have an unwavering commitment to supporting human rights organizations and efforts,” Google spokesperson Jenn Kaiser told the Post. Kaiser added that letting LaJeunesse go from the company was because of a “reorganization of our policy team.” LaJeunesse was offered a different position at Google at a much lower rank, but did not take it.

Digital Trends reached out to Google to further comment on LaJeunesse’s allegations about the company, and we’ll update this story if we hear back.

LaJeunesse isn’t the only one frustrated with the tech giant. Four former Google employees filed a complaint with the National Labor Relations Board (NLRB) last month, claiming that Google had “unfair labor practices.” The group of employees were trying to organize a Google employee union and said that Google engaged in unlawful conduct to discourage employees from doing so.

A Google spokesperson previously told Digital Trends that the employees in question “engaged in intentional and often repeated violations of our longstanding data security policies.”

Meta smartwatch comes back from the dead, new version reportedly in the works