Finally, Lenovo is giving us the Chromebook tablet Google couldn’t 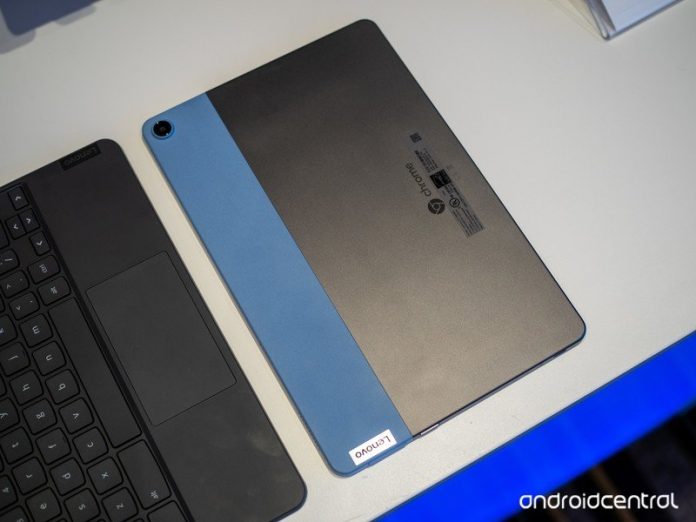 Affordable, well-bundled, and with the potential to endure, the Duet is the last chance for Chrome tablets in the consumer space. 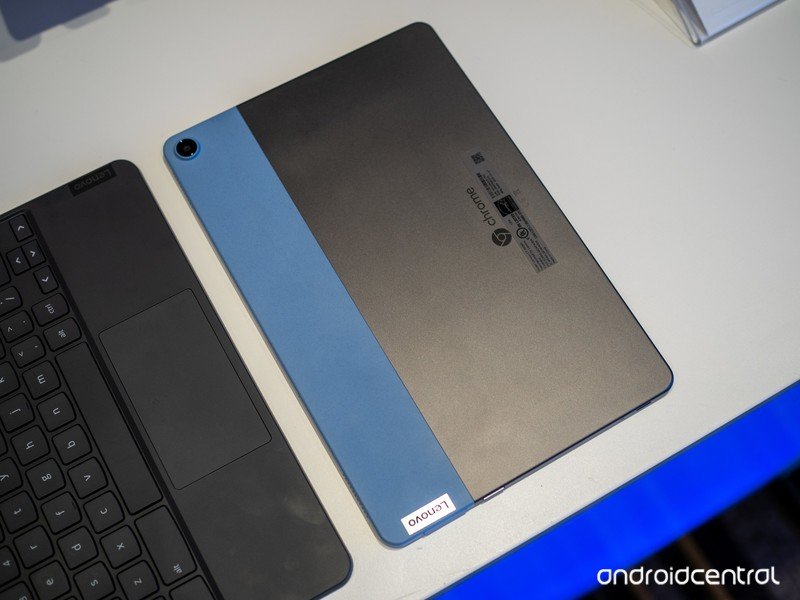 There are several Chromebooks flaunting shimmery new shells at CES this year — and make no mistake, I want to play with them all — but the one that holds the most of my attention is in fact the smallest and most affordable of the bunch. Lenovo is turning heads with the IdeaPad Duet Chromebook for a number of reasons, from its long Chrome OS update life to its new Mediatek platform to its included keyboard and kickstand cover, and these little bonuses all add up to what may be the best Chrome OS tablet ever.

And thank music for that, because I was about to give up on ever getting one worth its salt.

Slates and rubber slabs: the current state of Chrome tablets 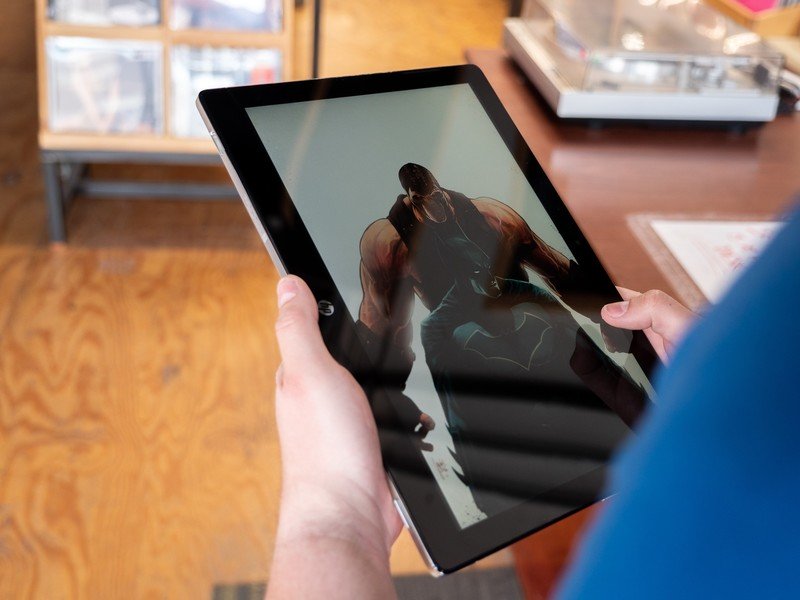 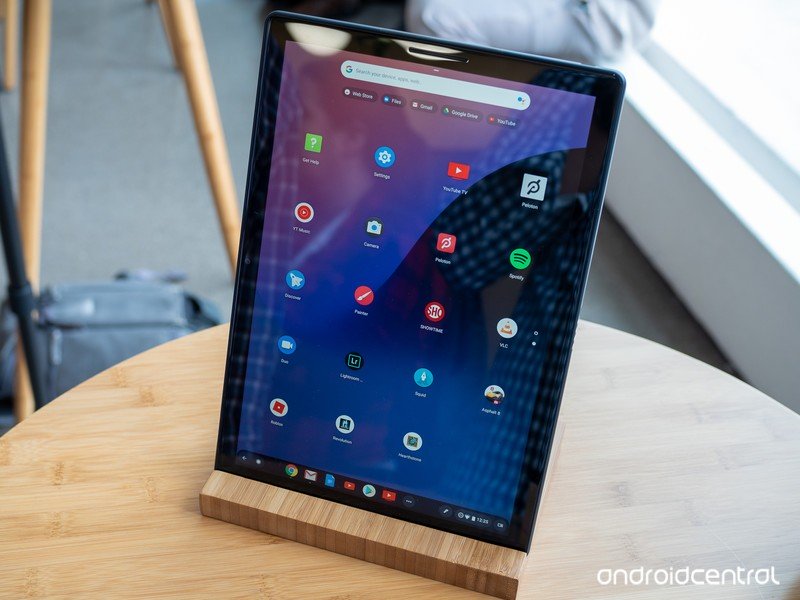 Chrome OS tablets have been around for a couple years now, starting with detachables like the perfectly decent HP Chromebook X2, but they’ve been relatively hard to find and even harder to find at a decent quality without a ridiculous price. Now that the X2 is getting harder to find, that leaves you with really only two options until the Duet is available: the discontinued Google Pixel Slate — which saw very good sales during Black Friday but is otherwise still overpriced and positioned as a premium device — and you have low-spec, lower-quality education-focused models like the Acer Chromebook Tab and the CTL Chromebook Tablet Tx1, which are covered in durable but ugly rubberized plastic and have low-resolution screens.

Now, don’t get me wrong; the Pixel Slate doesn’t suck, but it’s not something the average user would seek out, and for good reason: you’re paying for the Google prestige in a product even Google is doing its best to help you forget it existed. It’s the most powerful Chrome OS tablet out there by a wide margin, but in most cases it’s still being sold without a keyboard cover, or even a kickstand cover at prices that simply don’t make sense.

As AC’s esteemed guru Jerry Hildenbrand has written before, Google stopped caring about tablets a long time ago, so it’s not all that surprising that its take on a Chrome tablet was a little too pricey and a little too awkward. It didn’t help that at launch, Chrome OS just wasn’t quite calibrated properly for the Pixel Slate — or tablets in general — something that only came along several months later.

It sounds weird to say that Chrome OS wasn’t ready for tablets when we’ve had Chrome detachables since 2018 and had tablet mode for 2-in-1s for 5 years, but really, the system was still too optimized for the mouse-and-keyboard life. In fact, the Lenovo Duet that’s turning heads at CES isn’t running the Chrome OS that most people today use: it’s on Chrome 80, which we’ll likely see around March. 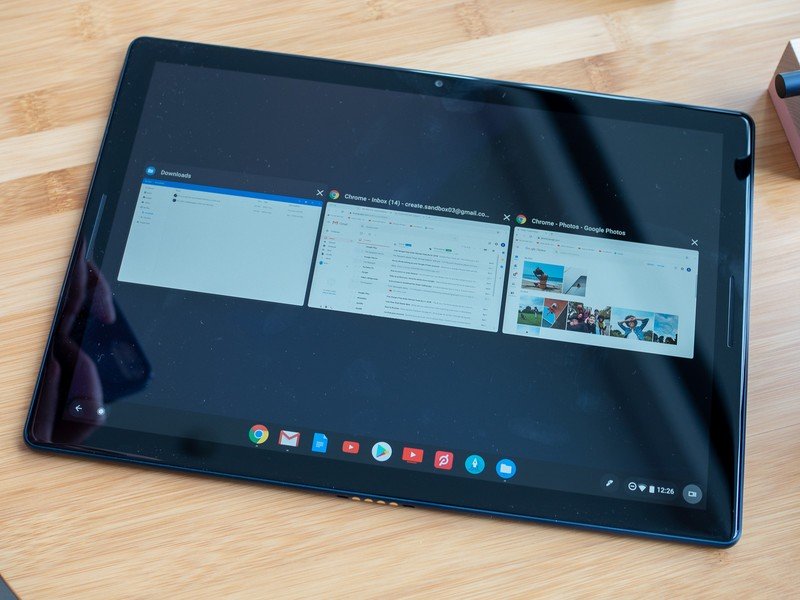 Chrome 80 should be packing a few new tricks for tablets, from the iPad-like gesture system we’re seeing on demo units of the Duet to a handy strip for tab thumbnails spotted by About Chromebooks. In addition, Chrome OS has been slowly chipping away at bugs and tweaking minute details in attempts to make Chrome OS more tablet-friendly for the last 18 months, and it started really picking up in the last 6, such as tweaks to the overview screen and design of some touch targets.

The beauty of Chrome OS’s update system is that this means that if you already own a Chrome OS tablet, your user experience has gone from okay to pretty good over the life of your machine. It also means that even if we’re not 100% there at Chrome 80 when the Duet launches, so long as at launch the system is properly calibrated for the new hardware platform that Lenovo is using here — seriously, how did that ever happen with the Pixel Slate — the Duet should be just fine from the get-go and then get even better over time.

Whereas the Pixel Slate needed you to shell out extra for the keyboard and kickstand cover, the Duet not only comes with both in the box, the keyboard is detachable, allowing you to use the kickstand separately when you’re just using the Duet for Disney+ bingeing. While I do kind of wish the Duet had a built-in kickstand like the Surface Go, I’m happy enough that one comes in the box. 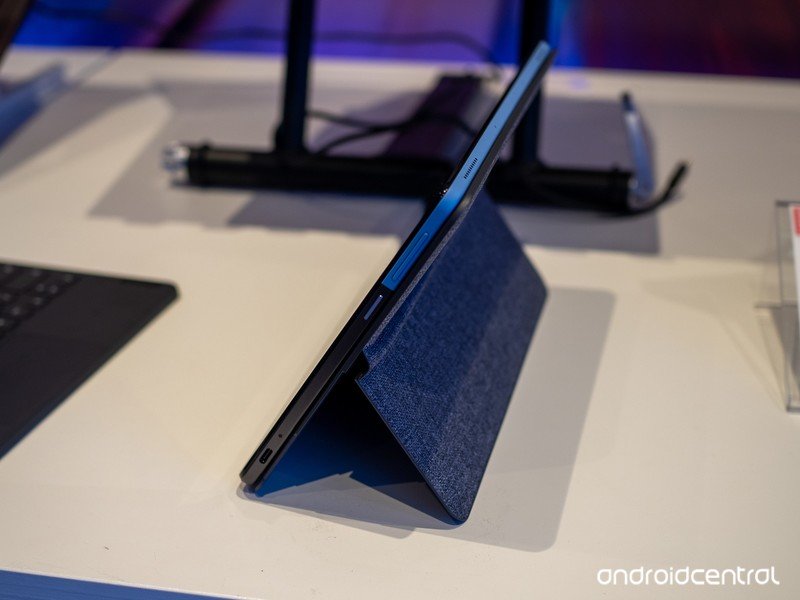 The other major benefit of the Duet is that it starts under $300, making it much more viable as an iPad alternative than any other Chrome tablet in the last two years. While the Pixel Slate might have been powerful enough to compete with the Surface Pro series or iPad Pro series, the Duet actually makes sense over a regular iPad in both functionality and price. For $280, you can get a tablet that comes with a kickstand and keyboard, supports more and better keyboard shortcuts, and features the same easy-to-learn system that your kids are likely using at school.

This combines with the 8-year support life, 10-hour battery life and the 1080p screen to present a pretty great value for a tablet that you could use for a little bit of work or play. 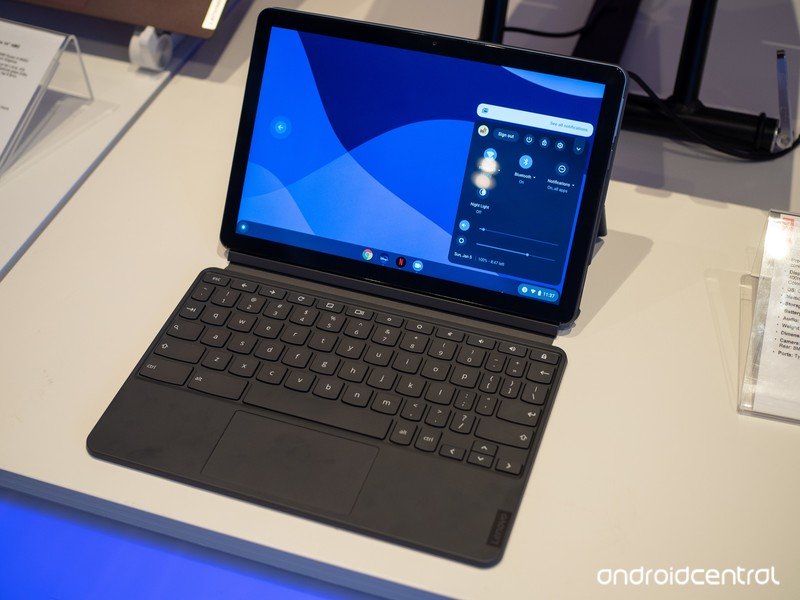 Duet has up to 8 years of Chrome OS updates ahead of it, but beyond the Chrome updates I do have some serious questions that can only be answered by using the Lenovo Duet for weeks or months to come. The most important of these questions is how well the new Mediatek Helio P60 holds up over time and how much of a workload it can actually handle. While this iPad alternative isn’t something a power-user is buying as their primary device, I’m wondering how many tabs/apps it can support at a time, especially when paired with only 4GB of RAM.

The only other long-term concern I have with the Duet is that it has only one USB-C port, meaning you’ll need to take care when plugging and unplugging, and you’ll want to get yourself a faithful hub for those moments when you need to use any peripherals while charging, as well as using any USB-A peripherals like a mouse, keyboard, or thumb drive. Having two USB-C ports would give me much more peace of mind on a device I want to keep alive for 8 years, not to mention practically every Chromebook that debuted in 2019 had two USB-C ports.

The best Xbox 360 games of all time

The Xbox 360 thrived during a generation when games were plentiful. These are the console's very best games.
Read more

The best music hacks for the Amazon Echo

How to delete your HBO Max profile

HBO Max limits subscribers to five profiles. If you need to add another, here's how to delete an existing one.
Read more

If you're looking for a way to watch the PGA Tour online, you have a few options available. Here's how.
Read more