Everything new about the 2020 Dell XPS 13: Thin bezels, new keyboard, and more 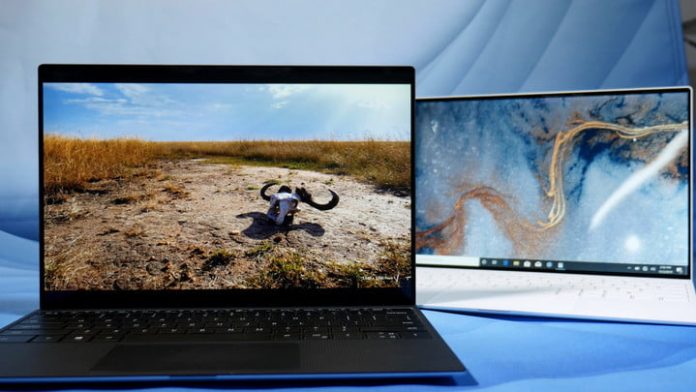 Dell’s XPS 13 has long been our favorite laptop. With slim bezels, an attractive design, and strong performance under the hood, it’s the gold standard in the computing world.

Rightfully so, we have also long called the XPS 13 the nearly perfect laptop, but at CES 2020 Dell is back with a much better 2020 XPS 13. The almost perfect laptop is now even more perfect, and here’s a look at everything that is new compared to the previous version.

The new 2020 Dell XPS 13 has one striking new design element, something that Dell is calling a new “4-sided InfinityEdge display.” This display takes the slim bezels of all the previous XPS 13 models to an entirely new level.

With this new display, Dell has managed to squeeze a 13.4-inch screen into the size of an 11-inch laptop. The display is now 0.1 inch bigger (or 6.8% larger) over last year’s model. It also means the 2020 XPS 13 now sports a 91.5% screen-to-body ratio. Accordingly, the ugly bottom bezel on the new XPS 13 has also shrunk compared to previous models and has gone down in size from 19.5mm to a tiny 4.6mm.

Visually, that means it feels like the bottom bezel — and all other bezels — are almost not present and the XPS 13 is all screen. Plus, with that slim bottom bezel, Dell has also managed to introduce a new 16:10 aspect ratio to help maximize screen space. Much like on the MacBook lineup, this aspect ratio now means that you should feel as though there is more room on the screen for your content when web browsing.

But for all those design changes, Dell has managed to improve other areas of the device as well. The keyboard is now edge-to-edge, and the trackpad is now 19% larger, much like on the XPS 13 2-in-1. Keycaps on the keyboard are also 9% larger, and the fingerprint reader (built into the power button) has now moved to be a part of the keyboard layout.

The travel of the keypresses is now just 1.0mm, which is a bit shallower than the previous XPS 13. Though the keyboard looks identical to the one on the XPS 13 2-in-1, it doesn’t use the same ultra-short travel “maglev” keyboard.

Dell even has improved the webcam, which is still on top of the screen, but now has IR support for Windows Hello facial logins, a feature removed from last year’s model.

Other design elements on the 2020 XPS 13 are still the same. It keeps familiar design materials like the glass carbon fiber palm rest and brushed metal exterior crafted out of CNC-cut aluminum. On the sidewalls, though, there is now more aluminum being used, running higher up the edges and providing even more durability.

You’ll also still find support for Dell CinemaColor, Dolby Vision, as well as CinemaSound to boost the audio and the display performance.

Under the hood, the 2020 XPS 13 is getting another improvement. It now sports Intel’s latest 10th Generation Ice Lake processors. Compared to last year’s models with the Comet Lake series Intel Core i3-8145U, i5-8265U, or Core i7-8565U processors, the new 2020 XPS 13 promises a performance jump for light gaming. Comet Lake did offer an option for a six-core Core i7, which will no longer be available.

As we found in our hands-on reviews of other laptops with Ice Lake processors, the newer Intel Core i7-1065G7 in the 2020 XPS 13 should offer a slight boost for gaming thanks to Intel’s Iris Plus graphics. There’s also the option for tine Intel Core i3-1005G1, which isn’t quad-core but is a budget option found in the introductory model. Another option is the Intel Core i5-1035G1, which doesn’t take advantage of Iris Plus, and has last generations Intel UHD graphics instead.

Memory options and SSD configurations still remain the same. They range from either 4,8, 16, or 32GB of RAM, and SSD sizes from 256GB to 2TB. At the time of writing, Dell hasn’t made it clear as to how much each specific configuration will cost, but we do know that prices will start at $1,000. That would be a jump from last year, where the starting configurations with the Intel Core i3 processor, 4GB RAM, and 128GB SSD were at $900.

Finally, there is a need to address the portability. There’s quite a bit that is different here over the last generation. First of all, there is the battery life. Compared to last year’s XPS 13, Dell promises the new XPS should last about 19 hours on a single charge, on the model with the FHD+ display. Dell promised up to 21 hours in last year’s XPS 13, so this is quite the difference, and we will need to test this a bit more.

Next, there’s the connectivity. The new Dell XPS 13 sports two Thunderbolts 3 ports, as well as a Micro SD card reader, and 3.5mm headphone jack. That is a change from last year, where the XPS 13 sported an additional USB-C 3.1 Gen 1 port.

Wireless comes in with Killer AX1650, built-in on the Intel Wi-Fi 6 Chipset. Bluetooth also gets the jump to Bluetooth 5. That’s an improvement from last year’s Killer 1435 802.11ac and Bluetooth 4.2 connectivity. Dell promises the WiFi on the new XPS 13 can be up to three times as fast compared to the previous generation.

Finally, we’ll touch on the overall weight of the device. This year’s new XPS 13 is considerably smaller than previous versions. It now comes in at 2.64 pounds in weight on the non- touch model and 2.8 pounds on the touch model. Its overall dimensions are 0.58 inches x 11.6 inches x 7.82 inches. Dell told us that this makes it about 6% thinner and 2% smaller than the last generation.