Everything Intel announced at CES 2020, from augmented video to Tiger Lake 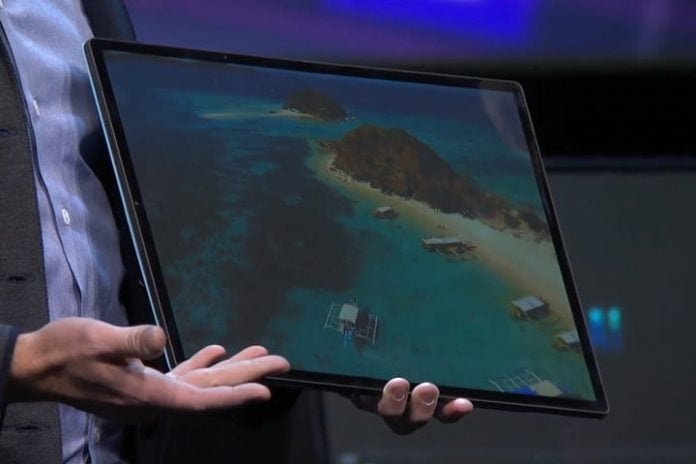 At CES 2020, Intel showcased how it is using intelligence to drive new experiences. A.I. was a key theme during Intel’s presentation, with the company highlighting how intelligence can be used to train athletes, deliver augmented video feeds, and power its new Tiger Lake silicon.

Thanks to artificial intelligence technology and rapid improvements in processing through Intel Deep Learning Boost (DL Boost), Intel will be helping athletes at the Olympics to track their movement and performance. The partnership was highlighted with the participation of U.S. Olympic decathlon athlete Ashton Eaton, who helped show that cameras can map the human skeleton to track and analyze performance in events like the long jump, sprinting races, and more without the need for special sensors or suits.

With the third-generation Xeon chipset set to be released later this year, Intel claims that improvements to DL Boost technology will provide a 60 percent increase in tracking and inference.

With athlete tracking, the skeletal models are rendered and the data is quickly sent to sports broadcasters so that they can do replays for the audience to see, Intel claimed during its CES keynote. “So the second-generation Zeon scalable with DL Boost is what’s going to provide the performance necessary to meet those demanding service-level agreements,” said Navin Shenoy, the executive vice president of Intel’s Data Platforms Group.

VR without the goggles

By using A.I. to combine multiple camera angles into a frame, Intel showed how it can drive augmented video experiences that are similar to how VR works, but without the goggles. This new experience is great for sports, as cameras can be setup around the venue. Broadcasters can combine the data and deliver an augmented video feed to viewers even when a static camera isn’t present to capture a particular perspective or camera angle.

Rather than displaying 2D pixels on the screen, A.I. combines all the different camera perspectives into a 3D voxel. When you view a basketball game, for example, you can choose to view the game from the sideline, from an aerial perspective, or even from the view of one of the players on the court. Though there may not be a specific camera to capture any of these perspectives, the video feed is created by inference — using data capture from all the different cameras.

To date, Intel claimed that it had certified 25 new Project Athena devices in total, ensuring that consumers who buy these laptops and convertibles can expect reliable performance with at least nine hours of battery life.

With foldables making a big splash in the smartphone space thanks to devices like Samsung’s Galaxy Fold and Huawei’s Mate X, Intel wanted to show how the form factor can be used for general computing. The company unveiled its Horseshoe Bend prototype, showcasing a foldable 17-inch flexible display that’s powered by the next-generation Tiger Lake processor.

Tiger Lake’s biggest impact will be with graphics application, and casual gamers and home users will likely not need to splurge on an expensive system with discrete graphics. Tiger Lake-powered thin and light notebooks will be capable of playing HD games, and creatives can leverage the chipset’s enhanced A.I. capabilities to quickly enhance blurry or low-resolution images with minimal effort.

Tiger Lake laptops are expected to ship later this year.

And one more thing …

In its “one more thing” moment, Intel also mentioned that its discrete graphics solution, known as DG1, was also present at the show running Destiny 2. The company did not release any additional details — the card was apparently in a laptop behind the presenters throughout the keynote.