Disposable batteries are becoming more common and I hate it 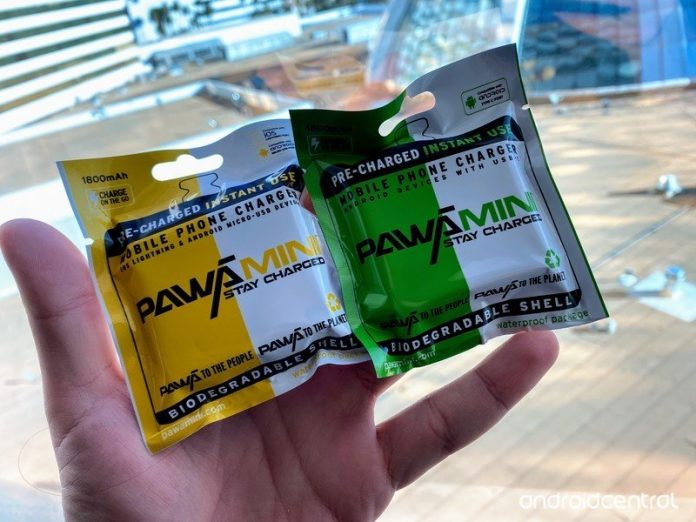 This is, plain and simple, the worst form of eWaste I have seen in years. 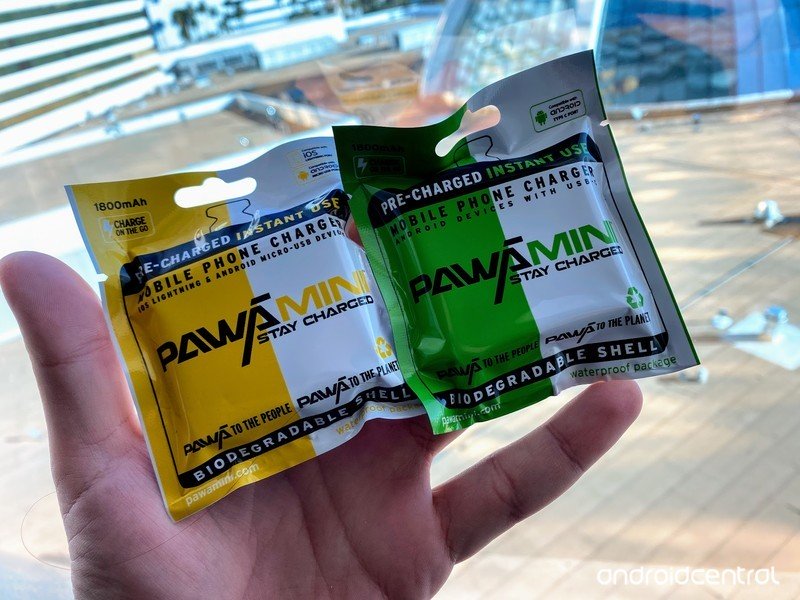 I see these little disposable batteries all over the place now. In coffe shops, mall kiosks, even bookstores. They’re showing up at mucsic festivals, handed out to those who need a quick boost. For $4.99, you can get this little battery for your phone with just enough juice to get you through the next hour or so. It’s packaged like a piece of candy, there’s no way to recharge the battery, and when you’re done you can quickly toss it in the trash.

I hate these things. They’re extremely wasteful, and sold in places which all but guarantee they’ll never be recycled responsibly. The folks at Pawamini are handing them out like candy to delighted CES attendees this year, claiming these were their idea and everyone else who makes them copied them. Every question I asked made me feel worse about how extremely wasteful these batteries are, and how they’re not going away anytime soon.

Why do these exist? 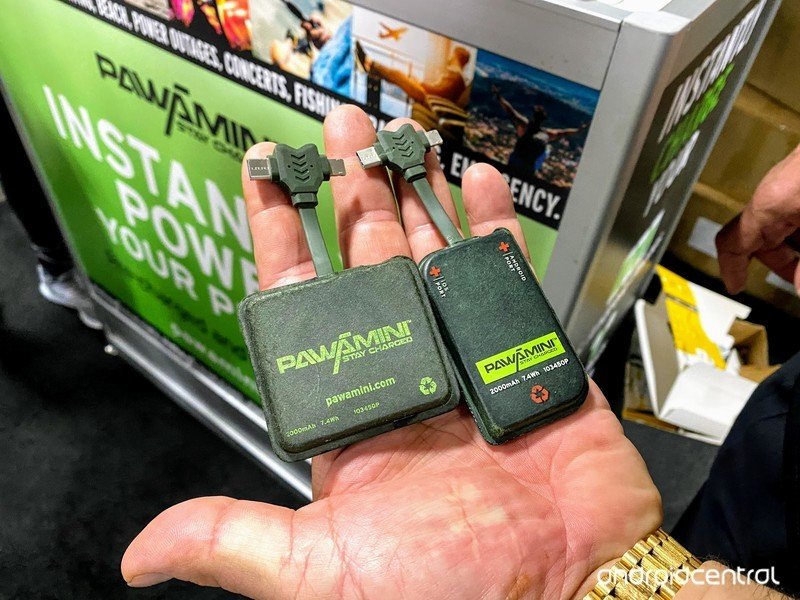 Ken, the buy manning the booth at CES, would have you believe these batteries are for disaster recovery efforts, as well as for soldiers overseas. He wants these to be handed out to people in disaster relief effors, so those without power can have enough juice to make a few phone calls and sort their affairs out. I admit, having something like this in an emergency kit would be super handy and more likely to be useful compared to my larger battery backups I often forget to charge until the power is already out.

The separate model made for US troops is also great. These are a much larger capacity and have ports on them for multiple device types, so it’s a quick and disposable way to get power to a lot of different things in an emergency situation. Plus, it’s dark green, because soldiers.

The only problem with this explanation? Nothing about the packaging or the retail parters suggests this is real. These batteries aren’t sold by the box-full next to the 10lb container of Mac and Cheese at the surplus store, they’re marketed to people who need power right that second. You can buy them in 12-packs on Amazon, but that’s it. Everywhere else, they’re sold as impulse buys for folks who know they’re running now and won’t be near power for a couple of hours. This explanation doesn’t line up with the people he’s selling this product to, and he knows better.

Why aren’t these rechargeable?

According to Ken, these batteries could easily be rechargeable. It would have cost him $.07 per unit to add the port needed to recharge them, and users would have been able to do so for quite a while. He didn’t do that, because it would have ruined the experience.

The casing for these batteries is made of a paper-like biodegradeable material. If there had been a port on them to recharge, people might use them more than once. If you handle this material for more than a couple of uses, it’s likely to tear and wear away and could potentially become dangerous over time. He could have made the casing out of plastic, but then there’d be plastic waste to deal with.

Also, the batteries in here aren’t the best. Ken explained he buys them from China, where he claims to have 7-8 patents on this whole thing but can’t do that in the US because it’s too generic, and so recharging these multiple times wouldn’t get you back to a full charge each time.

What do you do with these when they’re empty? 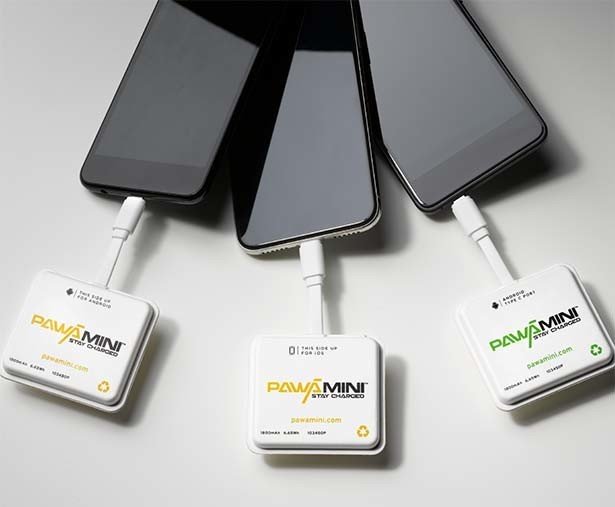 While the packaging does very little to demonstrate it, perhaps the most important detail of all of this is you actually can recycle these batteries. The casing is made of a biodegrageable material, and the batteries can be pulled from that packaging and sent to just about any battery recycling facility. And if you don’t have one of those nearby, you can mail the battery back to Ken and he says he’ll give you 30% off your next one.

Pretty sweet deal, right? Only, this isn’t clear at all on the packaging. There’s a small recycling symbol, and a line on the back saying to compost the casing and recycle approriately, but that’s it. The only people who know any better are the ones who asked Ken at CES.

Ultimately, everyone knows what’s going to happen to most of these little batteries. They’ll be used once, likely inside the very shopping mall they were purchased from, and then immediately thrown into a trash can. So much more could be done to discourage this behavior directly on the packaging, and none of it happens because the people selling these don’t believe they’ll actually be recycled and don’t care.

Please, please encourage the use of better products 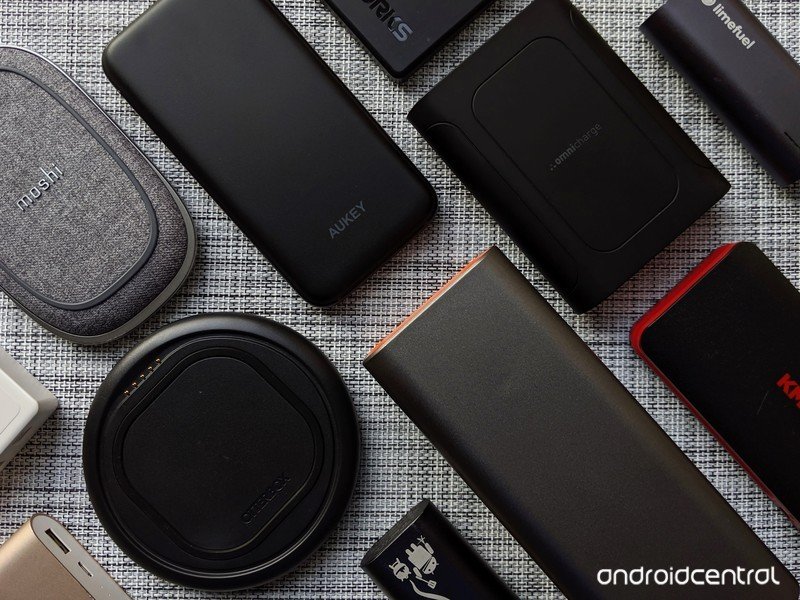 There are so many great options when it comes to re-usable, rechargeable batteries for your phone. They aren’t $5, and they aren’t on the counter of your local coffee shop when you really need them, but they’re also considerably less wasteful and charge your battery for much, much longer.

If you see someone considering one of these in line, help them see there are so many less awful options.