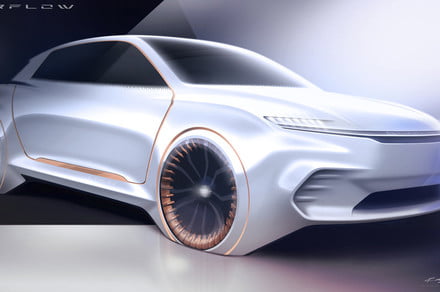 On this episode of Digital Trends Live, hosts Greg Nibler and Nicole Raney dig into the biggest-trending topics in tech, including CES 2020 rumors, the Army’s ban on TikTok, Chrysler’s concept car, Google A.I.’s ability to spot cancer faster than doctors, Seoul’s efforts to predict crime via A.I. cameras, and more.

We then take a look at CES through the eyes of influencer Mark Watson, aka Soldier Knows Best, who talks about what he’s most excited to see at this year’s show.

As we ride into the future, we take a look back at the not-so-great tech moments of the past decade as we break down the top internet mistakes of the 2010s.

Rob Thomas, general manager of IBM Data and A.I., discusses how A.I. is expected to take a giant leap in interest and adoption in the 2020s.

Finally ,we take a look at how CES is put together. Karen Chupka, executive vice president of the Consumer Technology Association, talks about what it takes to orchestrate the largest trade show in the world, which is expected to attract more than 175,000 guests.