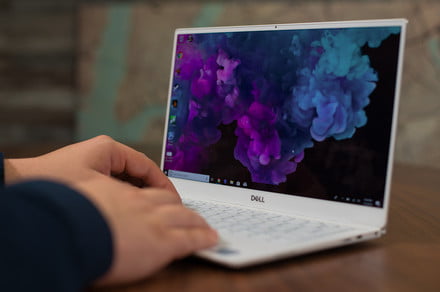 iPhone users who have Dell PCs will soon be able to mirror their iPhone screen onto their Dell devices, thanks to an update to Dell’s Mobile Connect software.

Ahead of the 2020 Consumer Electronics Show, Dell announced on Thursday the new feature to its Mobile Connect software that will be available this spring. The update will let iPhone users drag files like photos, videos, and other data from their iPhone to the Dell PC. This feature, which debuted at the Consumer Electronics Show in 2018, is already available for Android phones.

You’ll have to download the iPhone app in order for the feature to work, and you have to have Windows 10 running on Dell XPS, Inspiron, Vostro, and Alienware laptops. The screen mirroring feature enables you to interact with your device’s installed apps right on the PC’s screen via a keyboard and mouse, or a touch-capable display.

The new update would allow iPhone users to have more integration into technology brands other than just the Apple ecosystem. For many with an iPhone, it’s easiest also to have an Apple laptop or computer since the iOS software can be challenging to integrate with other systems. Bloomberg said that Dell hopes this new update will attract more iPhone owners to convert to Dell PCs.

Even though Apple devices can connect seamlessly to other Apple products, a screen mirroring feature is not available on Apple devices yet.

Digital Trends reached out to Dell and to Apple to comment on the new screen mirroring feature, and we’ll update this story once we hear back.

Dell’s move to better integrate Apple products is just one way Microsoft’s Windows software is one of the most compatible ecosystems when it comes to third-party add-ons. Just about any mouse, keyboard, webcam, storage drive, or other gadgets will work with Windows, which is something that can’t always be said for Apple’s MacOS.