Colorado cops call in FBI in hunt for mysterious drones 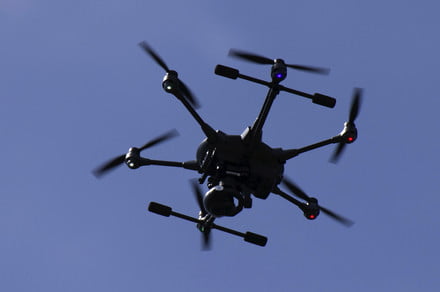 A couple of weeks ago, Digital Trends reported on police efforts to get to the bottom of a mystery involving fleets of drones flying over parts of Colorado and Nebraska.

Having failed to discover who’s behind the strange night flights, local law enforcement announced this week that it is setting up a special task force that includes the FBI in a bid to track down the person or people involved.

Phillips County Sheriff Thomas Elliott told the Denver Post in late December that the drones, described as being around six feet wide and with multi-colored lights, have been spotted on multiple occasions flying in various rural locations about 150 miles east of Denver.

Thee drones show up in a fleet of up to 17 machines and fly in formation as if performing a grid search, but no one knows why.

In a Facebook post on Tuesday, January 7, Phillips County Sheriff’s Office said it was stepping up its investigation.

“A strategy meeting was held today in Brush, Colorado with Federal, State, and local law enforcement agencies regarding the drone issue,” the message said, adding that at this stage, none of the agencies can confirm whether the drones are malicious.

It went on: “A task force has been organized and we are asking for your assistance. Specifically, we are looking for the command vehicle. We are looking for a closed box trailer with antennas or a large van that does not belong in the area.”

Speaking to ABC News this week, Morgan County Sheriff David Martin said, “People are concerned [and] we’re going to try to get to the bottom of it.”

The Federal Aviation Administration has already said that it has no information about the apparent drone fleet, while the U.S. Army Forces Command insists it has nothing to do with it. Efforts to track the drones in vehicles have so far proved fruitless.

But Stephen Ganyard, formerly of the U.S. Marine Corps, suggested to ABC News that we were witnessing “a modern version of UFO hysteria in that people think they see something and then all of a sudden everybody thinks they see something, but they’re really seeing nothing or seeing something that will eventually be easily explained scientifically.”

Despite asking the public for help, police are warning locals not to shoot down any of the drones. Law enforcement hopes to solve the mystery without the need for such drastic action.