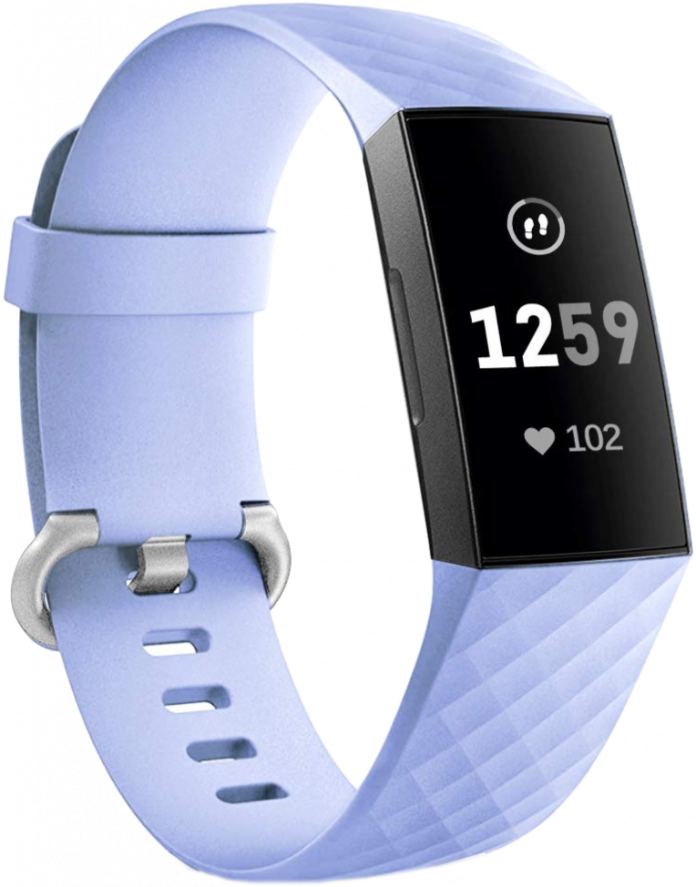 The Fitbit Charge 3 is one heck of a fitness band that packs a lot of features and tech into a small, affordable package. The bands you get by default look good, but you can really change up the Charge 3’s entire aesthetic with the right replacement bands. Here are a few of our favorites! 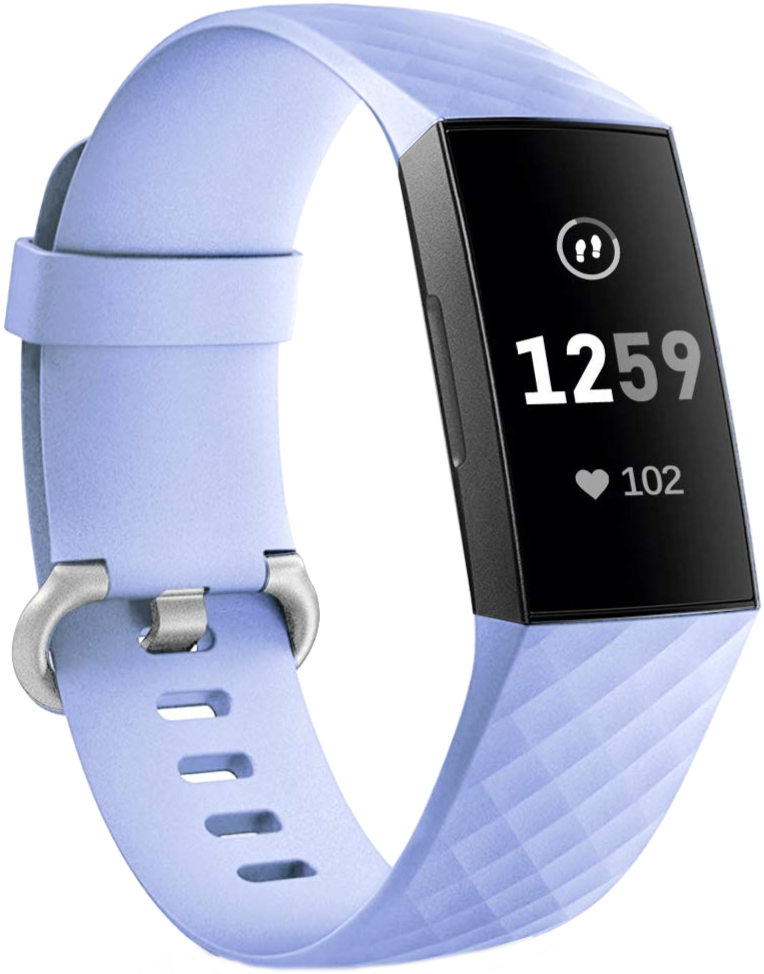 Hamile has essentially recreated the default Fitbit Charge 3 watch band, but it’s offering it in a lot more colors and selling it for considerably less than the legit Fitbit one. The band is made out of eco-friendly TPU, won’t irritate your skin, and is both soft and lightweight. In regards to colors, there are a lot to choose from — 20, to be exact. 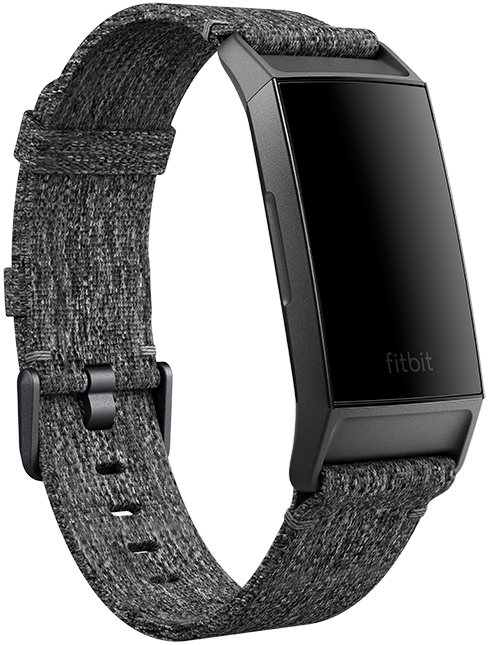 My personal favorite band for the Charge 3 is this woven one that’s made by Fitbit itself. The fabric material that’s used is comfortable, built really well, and comes in Charcoal and Periwinkle colors. When you’re not working out at the gym and want to spruce up your Charge 3’s design, this is a fantastic option. 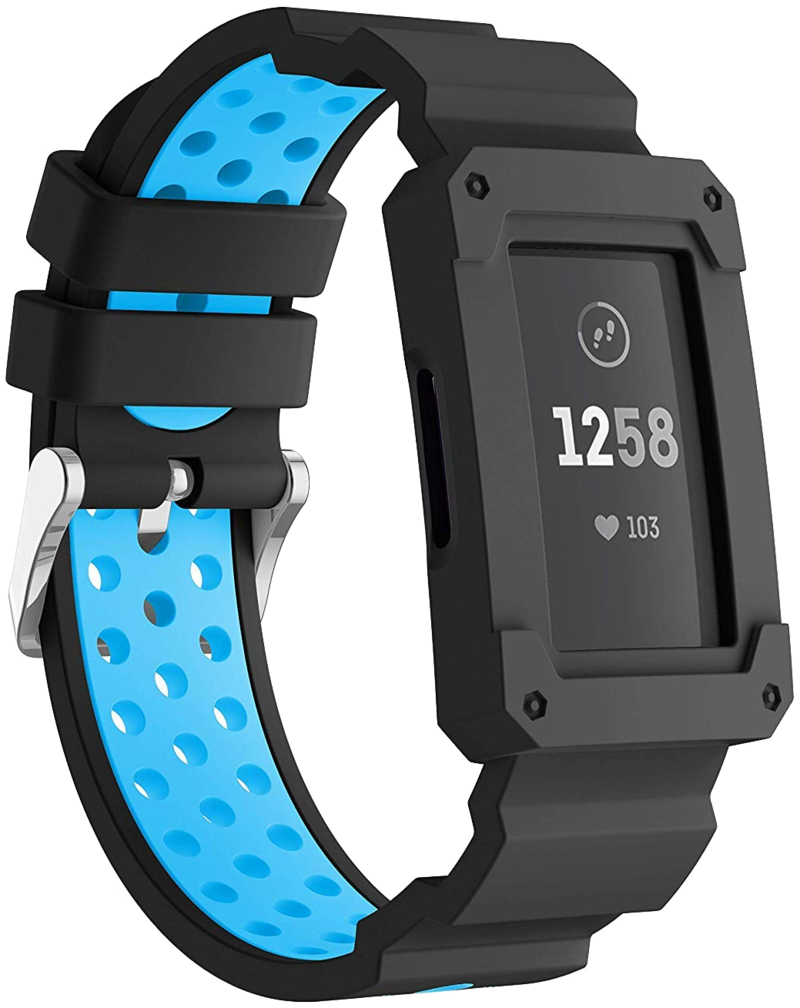 GOSETH’s band + case combo is one of the more unique options for the Charge 3, and while it may not be for everyone, there’s no denying that it stands out. The silicone band is soft and comfortable, while the case that encloses the Charge 3 keeps it safe from all sorts of daily wear and tear. If you’re looking for something different, this is it. 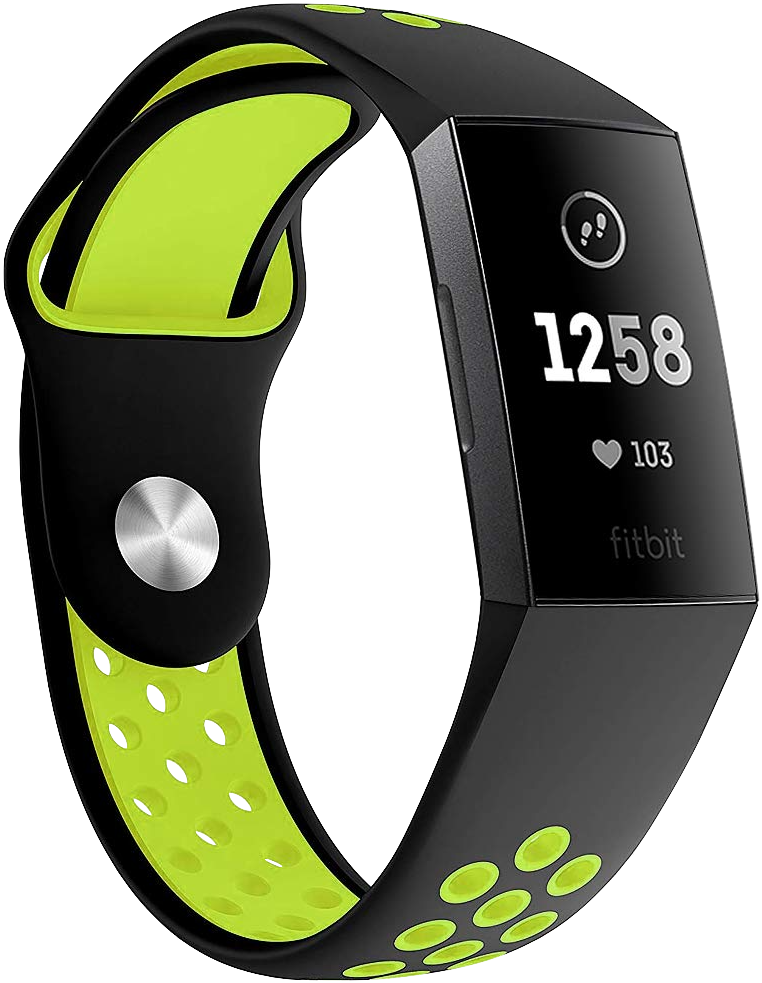 One of the best fitness-orientated bands for the Charge 3 is the QIBOX Breathable Band. The perforated design is a tried-and-true one that allows your wrist to stay cool during even the most intense of workouts, while at the same time giving you great control over the fit/size of the band. 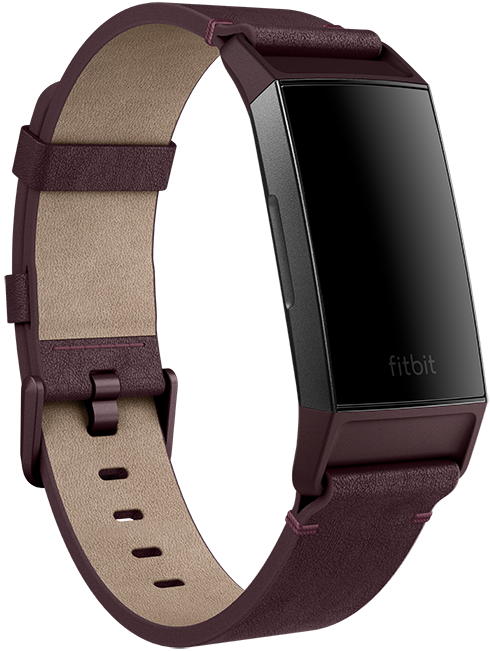 It’s tough to beat a real leather band, and if you’d like to get one for the Charge 3, you’ll want to grab the official one Fitbit’s selling. The band is made out of legit Horween leather, comes in Plum and Midnight Blue colors, and just looks so damn good. It is a little pricy, but it’s definitely worth it. 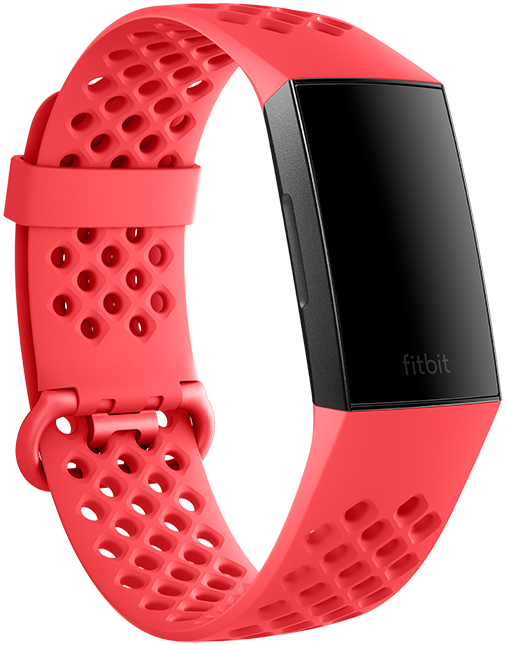 This isn’t the cheapest sport band you can find for the Charge 3, but it does have one big thing going for it — it’s made by Fitbit. This means the quality of the band is one of the best you’ll find, and with a perforated design, it’s great for hitting up the gym or a long run. It also comes in four striking colors that look fantastic. 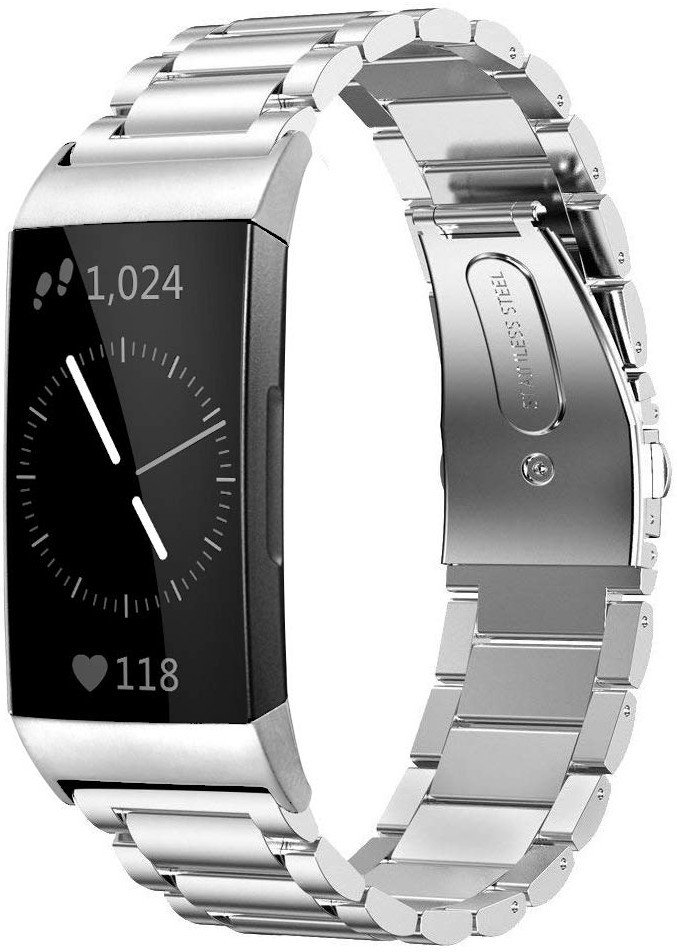 Metal bands are the ultimate way to give your wearable a professional, classy look. For the Fitbit Charge 3, one of the best metal bands comes from Shangpule. Available in a variety of colors, this stainless steel band makes the Charge 3 look quite elegant. The competitive price is icing on the cake. 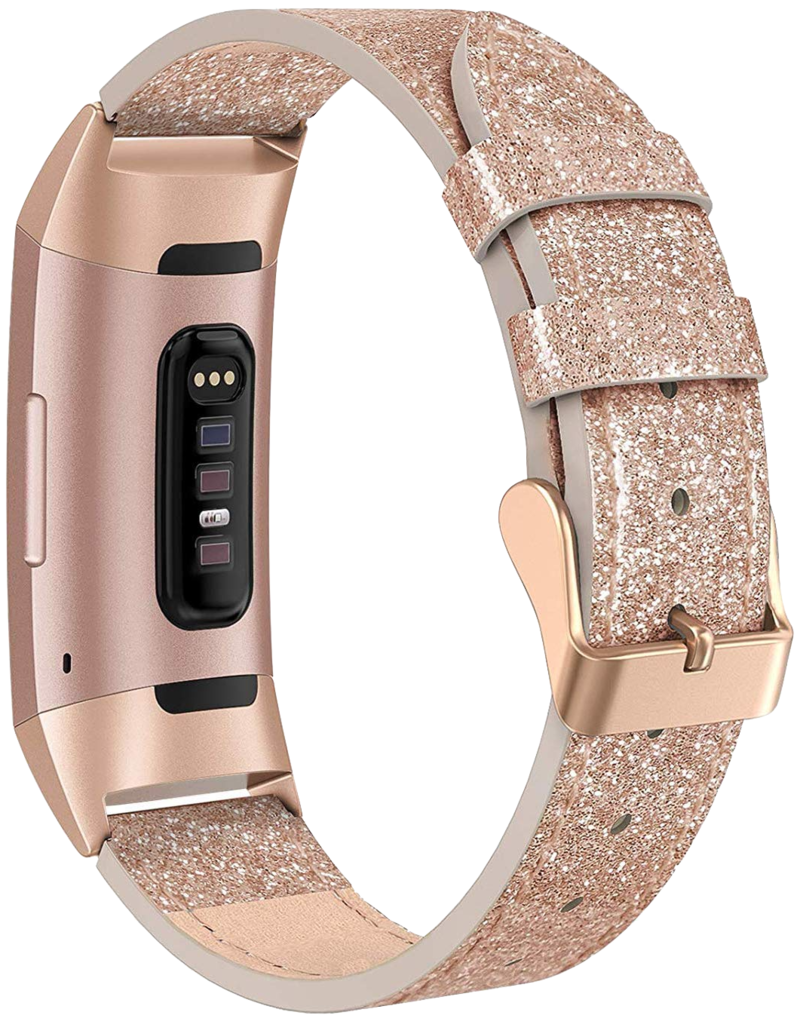 Shopping around for a nice leather band but don’t want to spend too much money? SWEES has you covered. Its leather band is wonderfully affordable and is offered in ton of colors/patterns — including the glittering rose gold shown here. The band is easy to install, has a metal buckle, and comes with a two-year warranty. 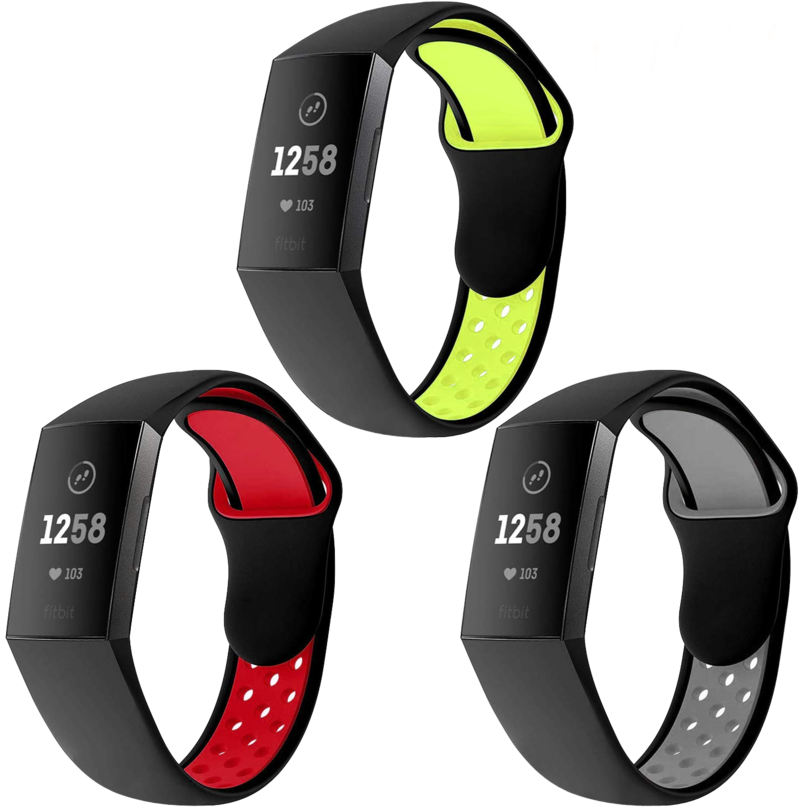 For those of you trying to stretch your dollars as far as possible, Neitooh is selling a bundle of three silicone sport bands for the price of what most single bands cost. There are a bunch of color combos being offered in both small and large sizes, and your purchase comes with a two-year warranty.

Among all of the bands on this list, the one we think makes the most sense for the majority of people is the Hamile Sport Band. It looks nearly identical to the official silicone band that comes with the Charge 3, but it costs substantially less money. Even so, it’s still comfortable to wear, looks great, and is offered in a bunch of vibrant colors.

Another great choice is the Shangpule Metal Replacement Band. This gives the Charge 3 a completely different look and adds a sense of class that you just don’t get with silicone bands. Despite the stainless steel material, this band is still quite easy on the wallet.

Last but not least, we also really like the Fitbit Woven Band. While it is one of the pricier options on this list, it’s among the nicest, too. Fitbit’s woven fabric material looks and feels outstanding, is a fantastic choice for comfortable daily use, and the two available colors both look stunning. 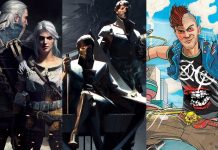