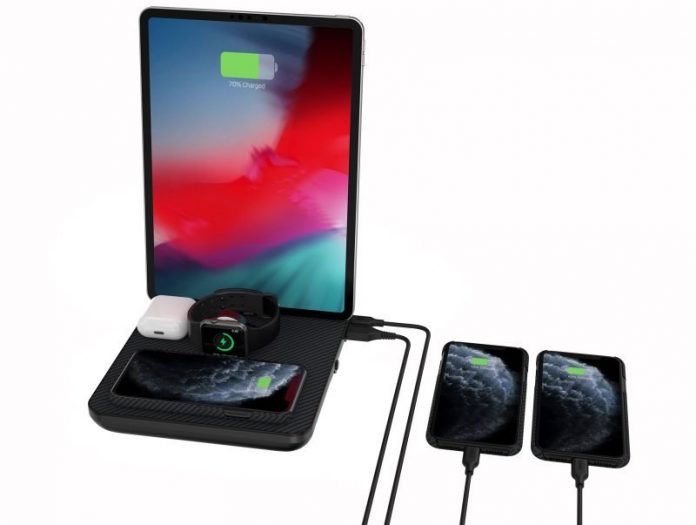 The annual CES event is taking place this week, with thousands of companies converging in Las Vegas to show off their newest tech-related products.

CES officially starts on Tuesday, January 7, but there was a CES Unveiled media preview event on Sunday along with a press conference for Samsung, both of which MacRumors attended. We’ve rounded up some of the most interesting things that we’ve seen so far for our latest YouTube video.

Subscribe to the MacRumors YouTube channel for more videos.
Accessory maker Pitaka showed off the Air Omni, an all-in-one Apple charging accessory that includes wireless charging options for the AirPods, Apple Watch, and iPhone. That’s not unique because there are plenty of products that do that, but Pitaka’s version also has a dedicated port for charging a tablet with different USB-C and Lightning adapters. 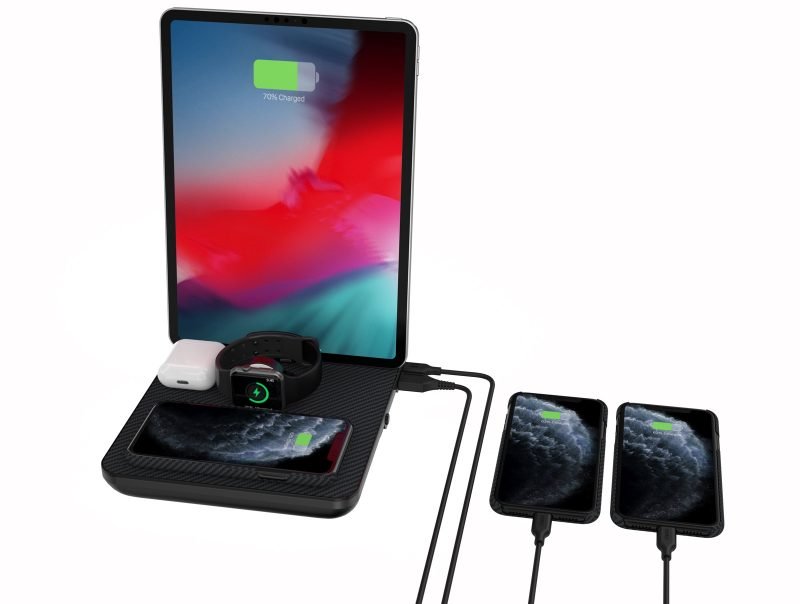 Nanoleaf last week announced new hexagon-shaped light panels, which were on display at CES Unveiled. The hexagon panels are designed to work with other panel shapes and have a new snap together design that offers a tighter, more secure fit. Attaching the hexagon Nanoleaf panels to the wall is also simpler and will result in less wall damage with new snap in connectors that attach to the wall. 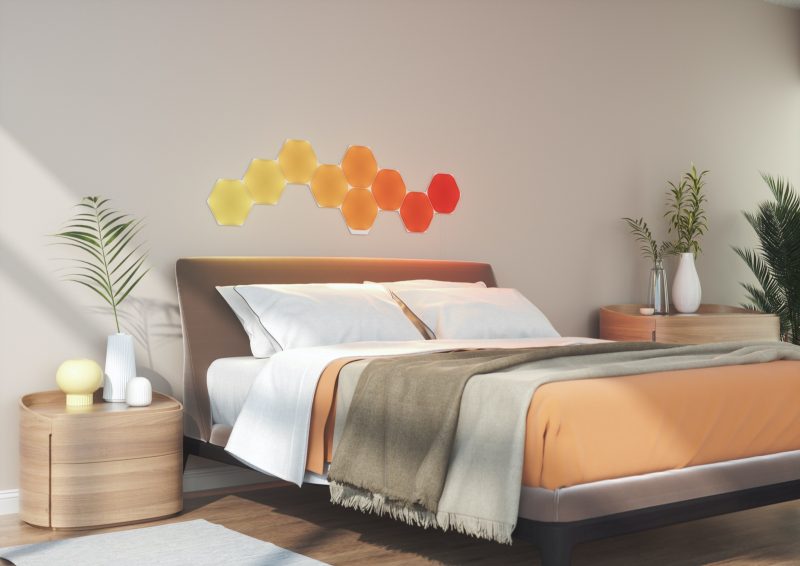 Nanoleaf is also showing off the Learning Series, a new switch, bulb, button, and gateway that are designed to learn user habits and auto adjust lighting based on that information. The Learning Series gateway integrates with other smart products such as bulbs from Philips Hue, making everything smarter. 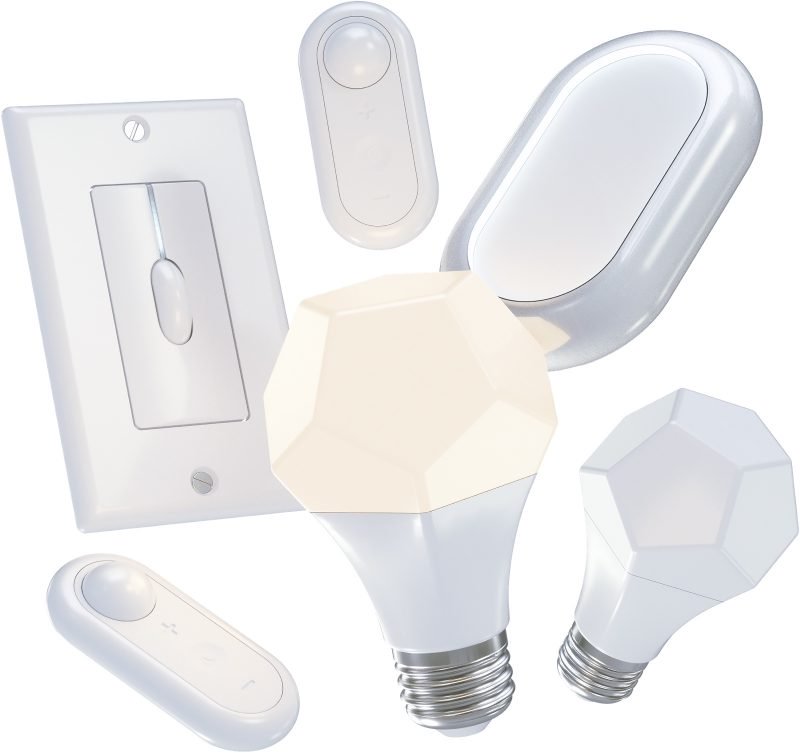 Targus showed off a new eco-friendly backpack that’s made from recycled water bottles. It has a built-in Qi-based wireless charger in the side pocket so you can tuck your phone into the cradle and charge while on the go. 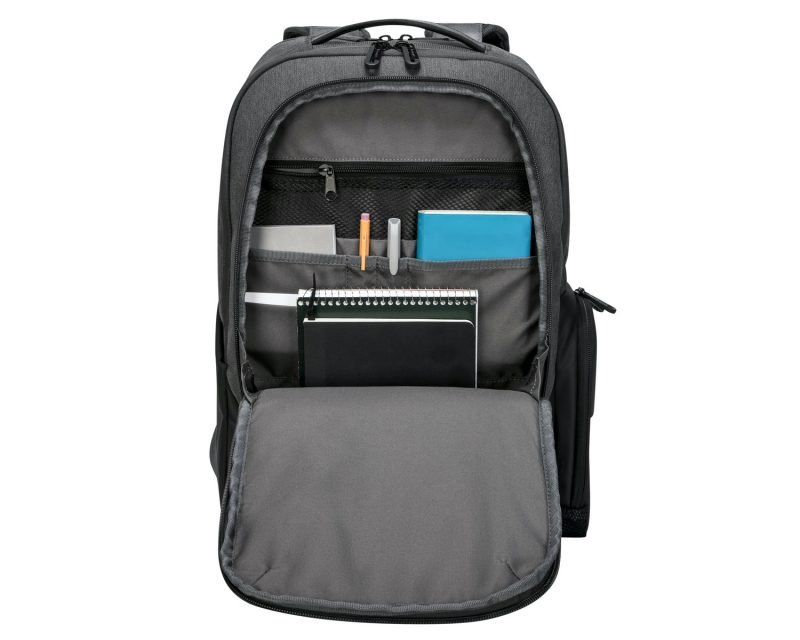 There’s no shortage of cute little gadgets at CES, including the Bocco Emo robot from Yukai, which is designed to keep families connected to one another by letting them exchange messages using text or voice via a smartphone. The version shown off at CES can also respond to questions and commands and control smart home devices. Yukai also showed off the Qoobo, an emotional support pillow with a tail that will react to various levels of engagement for comfort. 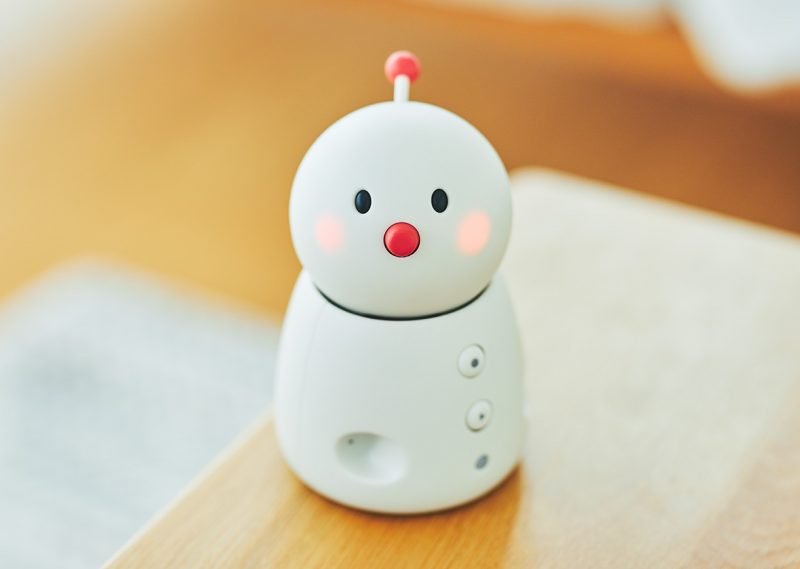 Following the CES Unveiled event, Samsung on Sunday held a press conference where it unveiled some new television products, all of which are likely to support HomeKit, AirPlay 2, and the Apple TV app like existing high-end Samsung TVs released in 2019.

Samsung’s Q950 TV is a nearly bezel-free 8K panel that’s super thin, featuring a screen to body ratio of nearly 99 percent and a stand that’s similar to an iMac stand. 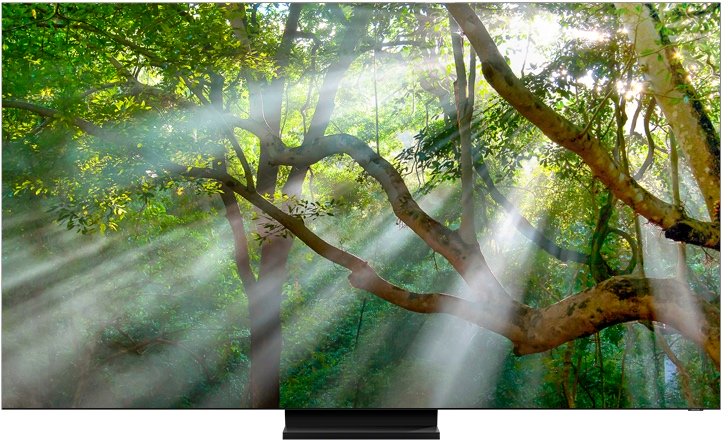 There’s a Serif TV that’s designed to function as a piece of decorative furniture in a room, while the Sero TV is aimed at people who specifically want to consume vertical content. Samsung also had its Samsung Wall up at the event, featuring a huge TV with microLED panels that can be configured in sizes ranging from 75 inches to 292 inches, with Samsung adding 88, 93, 110, and 150-inch options this year.

Make sure to stay tuned to MacRumors this week for all of our ongoing CES coverage, because there’s a lot more to come. We’ll be sharing overview videos of the coolest things that we see each day, and we have tons of new product announcements in our CES 2020 hub.