HomeNewsCES has a strange relationship with cannabis tech, and it just got...
News

CES has a strange relationship with cannabis tech, and it just got even weirder 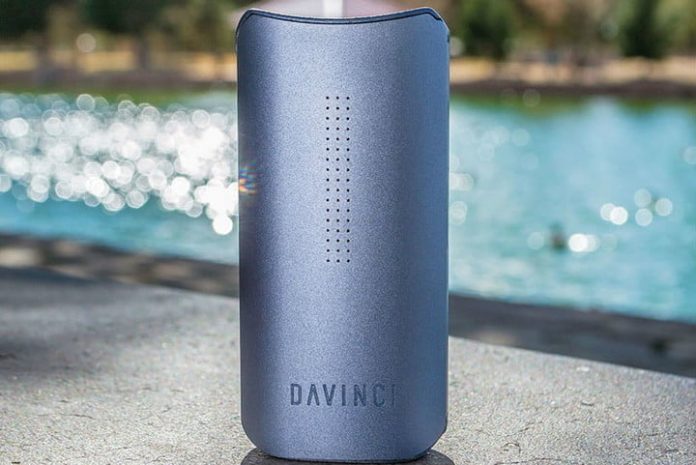 Cannabis has come a long way in the past decade. So far, in fact, that you could even argue it has hit the mainstream. However, when it comes to CES and the organization that runs it — the Consumer Technology Association — the cannabis tech industry is finding out that it isn’t particularly welcome on the show floor.

The position seems hypocritical: CES has hosted cannabis tech companies on the show floor in the past, including consumption devices. Add to this the fact that Canada-based Keep Labs made history this year by being the first cannabis company to win a CES Innovation Award for its innovative cannabis storage device.

But don’t expect to see it at CES 2020. Just a month after winning the award, CTA told Keep Labs it could not use the word “cannabis” on the show floor. Additionally, if it chose to exhibit, Keep Labs’ signage, marketing materials, and the device itself could not suggest or display anything that mentions or is related to cannabis.

As a result, Keep would have had no way to market its product effectively. It instead chose to skip the show, even as the CTA website displayed the Keep among its list of honorees, identifying it as a cannabis storage device, and using the word “cannabis” several times in the product’s description.

CTA’s hypocritical stance surprised a lot of cannabis tech players. Many, especially in the vaporizer space, had both exhibited and more importantly sold their wares at the show.

“What’s happening is a classic case of C-Y-A,” Cortney Smith, founder and CEO of cannabis vaporizer manufacturer DaVinci, told Digital Trends. He noted that organizations like CTA seem to lump cannatech companies in with the agricultural side of the industry. “We’re [discriminated against] because of our association with cannabis.”

Smith says that the regulatory environment scares away groups like the CTA, who in turn bar them from participating in the consumer tech industry. Making matters worse, Smith said that the rules seem to be in flux and change regularly.

“We’ve done previous CES shows, and had a phenomenal reception,” Smith said. “But as one government body makes a move, everybody gets a little nervous.” This time that regulatory industry was the CDC.

Keep Labs received its award in mid-October, just as the vaping illness epidemic began to take off. Reports suggest that CTA didn’t inform Keep of the restrictions until December 4, around the same time companies like Apple were banning vaping apps from the App Store, and the FDA was zeroing in on illicit THC vape cartridges and Vitamin E acetate as the primary cause of illness among vapers.

In a statement defending its move, the CTA argued it restricted Keep’s marketing because it “doesn’t have a category pertaining to that market.”

“Given cannabis is not a category at CES, the company was able to exhibit under the terms they’d showcase their product as a storage device,” the statement reads. But not many are buying the CTA’s excuse. To many in cannabis tech, including Smith, their acceptance in the broader tech industry seems to rest on the news of the day. The latest rounds have pushed many to the sidelines of tech and to shows that aren’t as well known (or well covered) as CES.

The industry does have its own tradeshow, MJBizCon, held each December in Colorado. It’s essentially the ‘CES of weed.’ But Smith and others believe cannatech should be at — and could benefit from — a legitimate presence at CES.

“It would do wonders for our industry,” Smith said. Without a CES presence, cannabis tech companies face an uphill battle for legitimacy. “If CES would allow it, then other shows would, and scrutiny goes down and acceptance up.”

Keep’s saga is reminiscent of another recent award winner, sex-tech startup Lora DiCarlo. At CES 2019, the company’s Osé sex toy received the same award the Keep did, only to have it taken away. The CTA claimed it shouldn’t have been awarded anything because it didn’t fit into any of the Innovation Award’s categories in the first place.

Lora DiCarlo was also banned from exhibiting at CES, even though sex toys have been on the show floor for many years, and the show’s shared the convention floor with an unaffiliated adult entertainment convention for decades. Criticized for the move, the CTA ended up backing down.

The CTA’s reversal has opened the floodgates to more sex toys, which are now allowed on the show floor on a “trial basis,” and Lora DiCarlo’s newest gadgets have won CTA’s Innovation Awards once more. That reversal does have Smith and others hopeful that cannabis tech might follow a similar less-than-straight path to acceptance, too.

“I think these shows should be able to control who and what they put on the floor,” Smith admitted. “But I think with cannabis being legal both medicinally and recreationally, to continue scrutinizing cannabis like this [doesn’t make sense].”