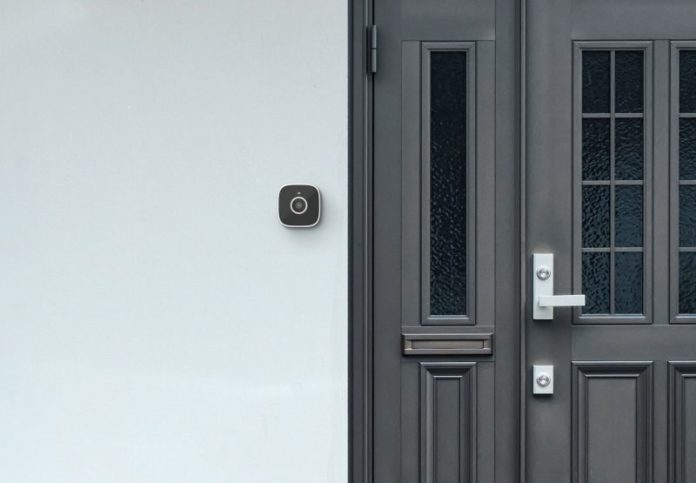 Abode today at CES 2020 in Las Vegas introduced a new security camera that can be used both indoors or outdoors.

Abode said it has submitted the camera for HomeKit certification, which would allow live video to be streamed in the Home app and for the camera to be controlled with Siri voice commands. It is unclear how long this process will take.

An included doorbell mount allows the camera to be installed flush against the door and powered by existing doorbell wiring, or a corded attachment can be used to mount the camera outdoors and have it powered by a standard outlet. Abode will also be releasing a model with a built-in doorbell button in the future.

The camera will be available for $199 starting in the first quarter of 2020.