HomeNewsBoy receives AirPods for Christmas, then accidentally swallows one
News

Boy receives AirPods for Christmas, then accidentally swallows one 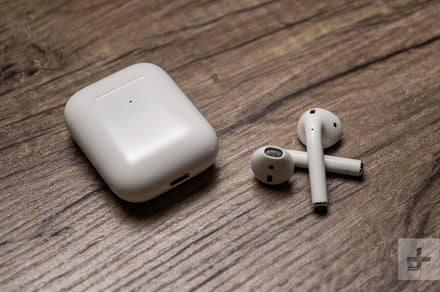 A 7-year-old boy from Georgia was rushed to the hospital after accidentally swallowing an AirPod, which he received as a Christmas gift.

Kiara Stroud, the boy’s mother, told local Atlanta station WSB-TV 2 that her son was “holding it in his mouth by the long part.” It remains unclear what exactly happened to make the boy swallow one of the wireless earbuds, but an X-ray taken at the Children’s Healthcare of Atlanta at Egelston showed that the AirPod was in his stomach, just below the ribcage.

Stroud shared an image of the X-ray on Facebook. “No more AirPods for this kid,” she wrote, and told WSB-TV 2’s Tyisha Fernandes that her second-grader will probably have to stick to old-fashioned headsets until he gets a little bit older.

Stroud’s son, meanwhile, told his mother that he does not want to be near his phone, which he also received as a gift on Christmas. “I don’t want it to connect to my phone and start playing music,” the boy said to her.

Fortunately for the boy, he will not need to undergo surgery due to the incident. The doctors at the hospital decided to leave the AirPods inside his stomach, as the wireless earbud will “pass” naturally.

Believe it or not, this is not the first time that someone swallowed an AirPod. It was reported in May that Ben Hsu from Taiwan fell asleep with his AirPods in his ears. Upon waking up, one of them was missing, and after using the Find My AirPods feature, he heard a beeping sound from his stomach.

Hsu went to the hospital, where an X-ray confirmed that he accidentally swallowed the wireless earbud. However, similar to the case with Stroud’s son, the doctors recommended to simply wait for the AirPods to emerge from the other end of his gastrointestinal tract.

The kicker to that story is that when he finally got his AirPod back, Hsu said that it still worked even after being submerged in stomach acid. While this speaks volumes for the durability of Apple’s wireless earbuds, it should go without saying that it is a good idea to avoid swallowing them in the first place.

Poll: Which Galaxy S23 are you going to preorder?