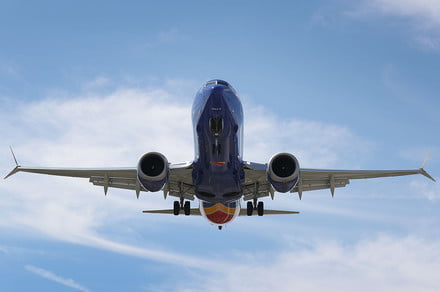 Boeing is informing airlines and suppliers that its troubled 737 Max aircraft is unlikely to return to service until mid-2020 at the earliest, months later than the aviation giant originally forecast. The news will be a yet another blow to affected carriers that were hoping the plane would be airborne again for the busy summer season.

The 737 Max was grounded globally in March 2019 following two deadly crashes caused by a fault with a new feature on the aircraft.

Boeing arrived at what it said was its “best estimate” after considering how long it was likely to take the Federal Aviation Administration (FAA) to evaluate the changes made to the aircraft before it can consider issuing an airworthiness certificate.

In a statement issued by the plane-maker on Monday, January 21, Boeing said its latest forecast took into account “the rigorous scrutiny that regulatory authorities are rightly applying at every step of their review” of the 737 Max.

In December 2019, Chicago-based Boeing announced it was suspending production of the Max until regulators cleared the aircraft for take-off again. Around 800 Max jets have left the factory to date, with about half of them in service with airlines around the world up until its grounding last year.

In a statement issued by the FAA earlier this month, the regulator said it was “focused on following a thorough process for returning the Boeing 737 Max to passenger service. We continue to work with other international aviation safety regulators to review the proposed changes to the aircraft.”

It added that it had set no time frame for when the work will be completed, which means the plane redeployment could be delayed even beyond this summer.

“Returning the Max safely to service is our number one priority, and we are confident that will happen,” Boeing said in Monday’s statement, adding, “We acknowledge and regret the continued difficulties that the grounding of the 737 Max has presented to our customers, our regulators, our suppliers, and the flying public.”

The first of the two 737 Max crashes happened in October 2018 when a Lion Air flight came down soon after take-off near Jakarta, Indonesia, killing all 157 people on board. Five months later, in March 2019, an Ethiopian Airlines plane crashed near Addis Ababa in Ethiopia, resulting in the loss of 189 lives.