HomeNewsAudio-Technica ATH-ANC300TW preview: The most impressive TWEs at CES 2020
News

Audio-Technica ATH-ANC300TW preview: The most impressive TWEs at CES 2020 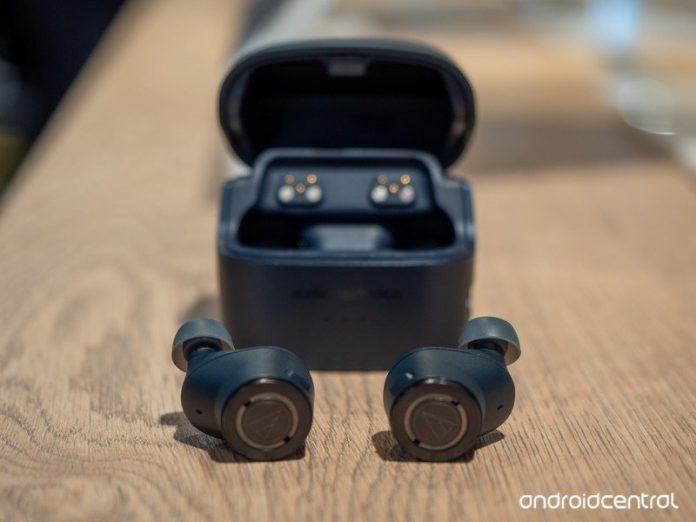 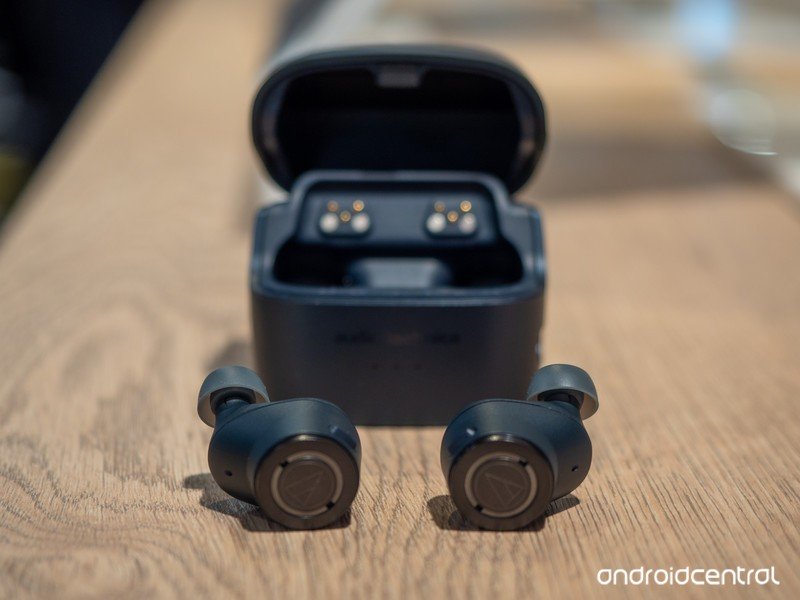 It’s hard to keep getting excited about true wireless earbud announcements, especially at a show like CES when they come fast and often, but when the company is Audio-Technica you stand up and perk your ears.

The ATH-ANC300TW is not the first pair of true wireless earbuds from Audio-Technica, but they’re the first with active noise cancelation, and based on my quick impressions with them from CES 2020, these $230 earbuds could be the stars of the show.

A bumpy road to Bluetooth 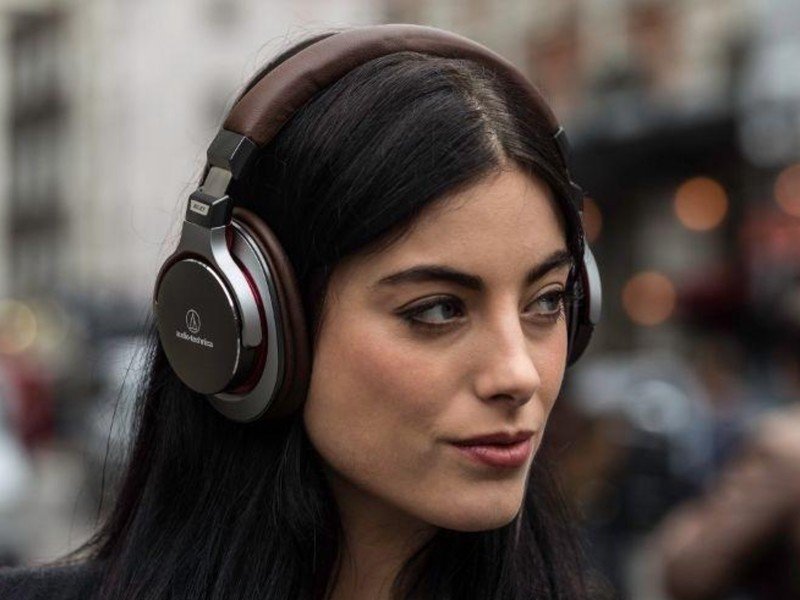 Audio-Technica has been making headphones for the better part of its near 60-year history, but the last few years have been relatively turbulent for the company, steeped in the tradition of wired products aimed at audiophiles.

Like many of the big names in the space — Sennheiser, Beyerdynamic, Master & Dynamic, and others — the transition to Bluetooth was largely forced on them, and many didn’t anticipate how much the addition of technology in their analog products would change and challenge them from the inside out. 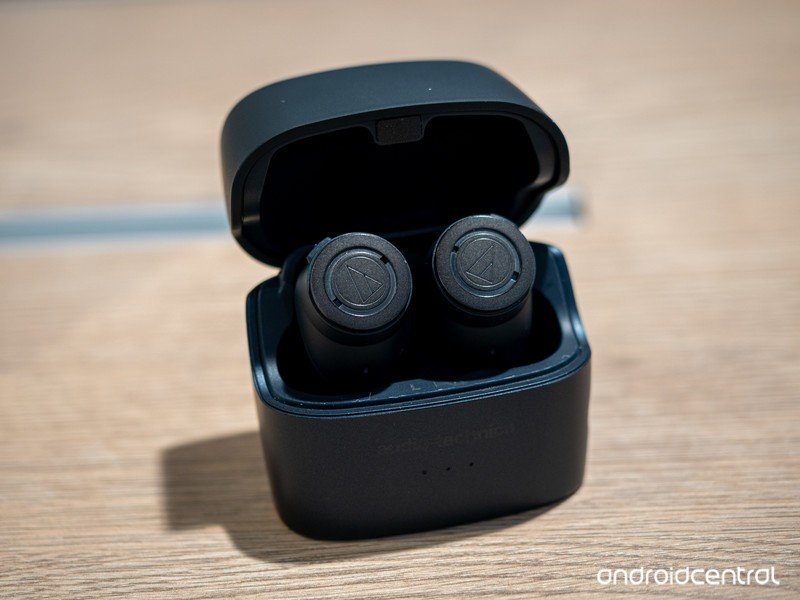 Audio-Technica tried to keep pushing against the tide for as long as possible, but realized that they needed to partner with companies that understood the wireless side of things so they could focus on building the drivers, transducers and headphone bodies that people loved so much.

There’s a lot of tech inside these true wireless earbuds, but at the end of the day sound quality is still the most important thing.

When the AirPods were released in 2016, every headphone maker knew that it would eventually build a true wireless earbud. But Apple is a tech company first, and nailed the fundamentals of what made the earbuds good “hearables,” whereas most companies tried tacking on wireless componentry to traditional wired form factors. With true wireless earbuds, that just wasn’t possible anymore.

Like many other companies, Audio-Technica worked with Qualcomm to solve the wireless side of things so they could continue to focus on what they did best: audio. And while ATH-ANC300TW are not Audio-Technica’s first pair of TWEs, they look to be the best and by far the most exciting. 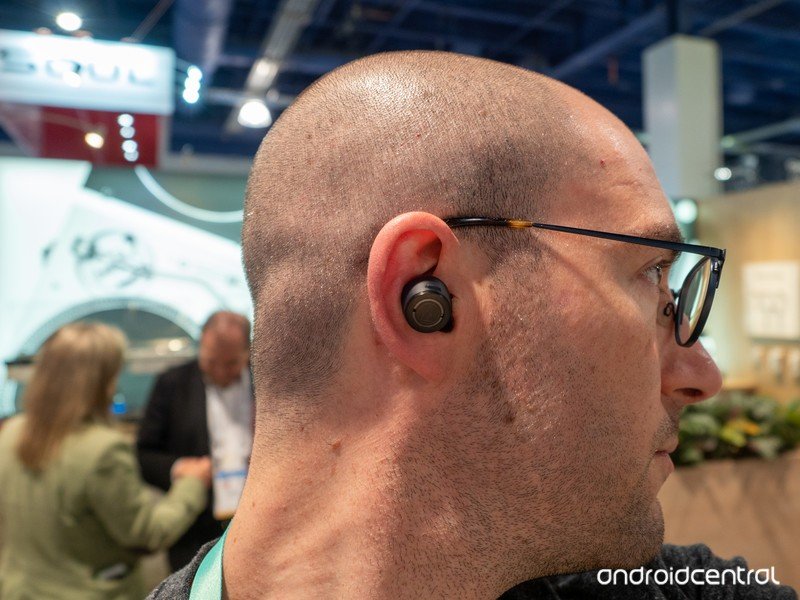 Like Sony’s WF-1000XM3, the ATH-ANC300TW are oversized TWEs, though not so much as to not be portable. The case is taller than it is wide, and squeezes into a tight pocket — though not without some difficulty. The magnetic latch opens to reveal the stylish earbuds, which sit up in the case like a throne.

These could have better ANC than the Sony WF-1000XM3.

Being $230 earbuds, the expectation is that aside from the ANC, these have to sound good — and while I only had a few minutes to test that expectation, I was impressed by the full range of the sound, even on the noisy CES show floor (there was also plenty of Bluetooth interference to impede my testing abilities). 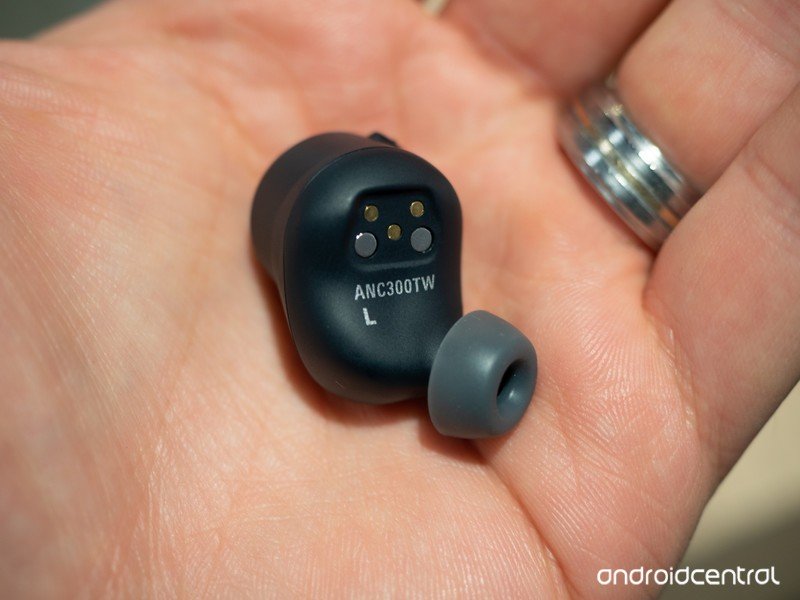 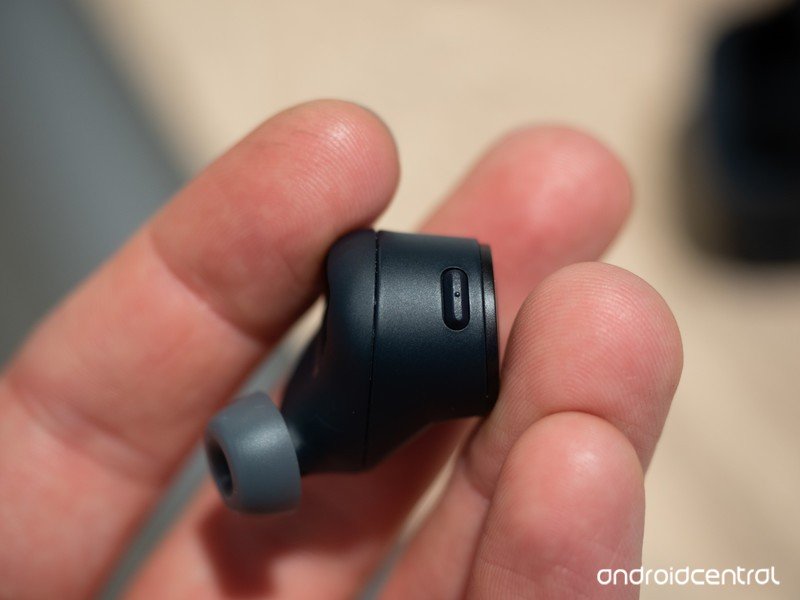 Audio-Technica developed the ANC algorithms in-house, and it shows: once enabled, the excess noise of the floor melted away and I was able to enjoy a few minutes of peace and quiet. While I wouldn’t put the efficacy of the noise cancelation on the same level as over-ear headphones like the Sony WH-1000XM3, it’s certainly the most well-rounded I’ve experienced from this form factor.

But they have to be comfortable 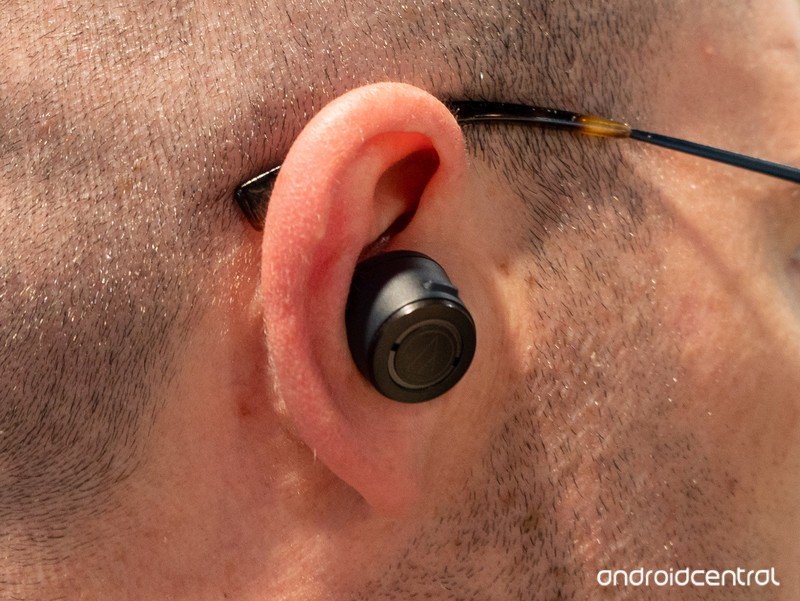 Each earbud is a little larger than what I’m used to from the category — the boxy body itself is about a third bigger than the Jabra Elite 75t I use on a daily basis — but tips themselves are shaped in a similar way. Once inserted, though, the body sticks out from the ear a bit more than I’d like. I’ll have to wait until I get a review unit to determine if the design affects long-term comfort and stability while walking.

These are decidedly not running headphones, though. In addition to being bigger than the average TWE, each bud is only rated IPX2, so they’re only able to withstand minor splashes and almost no sweat.

Battery life is 4.5 hours from each bud and 13.5 hours additionally from the case, which seems small for such a chunky enclosure. 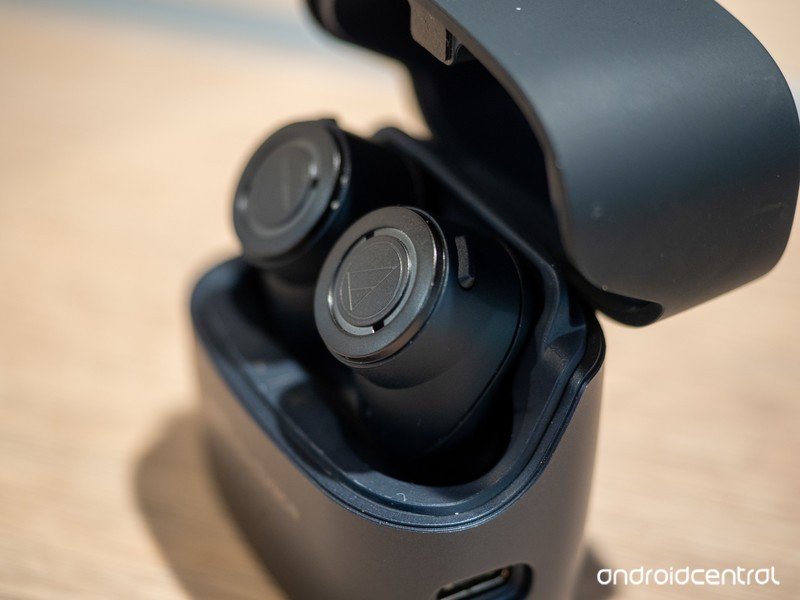 Audio-Technica is using Qualcomm’s TrueWireless Stereo Plus technology to minimize latency when paired with a Snapdragon-powered smartphone — anything that uses an S845 or later should be covered — while also employing the aptX codec to raise default sound quality. Non-Snapdragon phones will fall back to the AAC codec, which is also pretty good.

TrueWireless Stereo Plus also lets the phone communicate independently with each earbud, which is an increasingly table-stakes feature for true wireless earbuds — which other manufacturers are thankfully taking note of.

Coming soon to ears near you 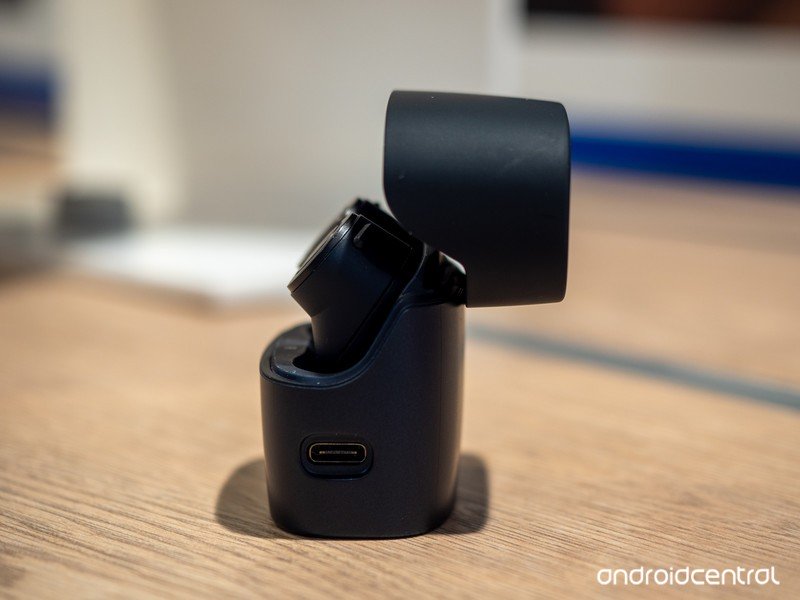 Audio-Technica plans to launch the ATH-ANC300TW this spring, likely sometime in March, for $230, which is exactly what Sony charges for its also-excellent WF-1000XM3. That’s also the price of Apple’s popular AirPods Pro which, as it did with the category in general, is making active noise canceling a must-have feature in this diminutive form factor.

Thankfully, Audio-Technica looks to have done its homework with this pair of TWEs, and people should be very happy with them when they launch in a few weeks.

Facebook
Twitter
Pinterest
WhatsApp
Previous articleGoogle has 2000 people working to ensure its products are inclusive
Next articleSamsung sold, at best, a modest 500K units of the Galaxy Fold in 2019