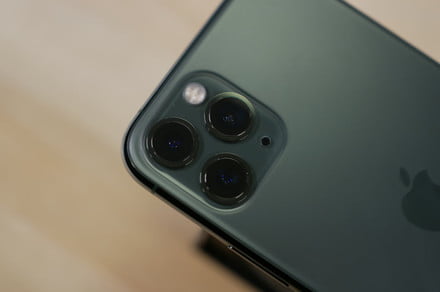 Apple’s iPhone A Series chipmaker, Taiwan Semiconductor Manufacturing Company (TSMC), is reportedly on track to start production of the A-14 Bionic processor for the 2020 iPhone rollout, which is expected to take place in the third quarter of 2020. According to the Chinese-language Commercial Times, and first reported by Digitimes, the chipmaker will kick off volume production of a new 5-nanometer chip by the end of second-quarter 2020 for chips slated for the 2020 iPhone lineup. This would make the 2020 iPhone possibly the first smartphone to ship with a 5nm chip.

What does this mean for buyers? It means that the 2020 iPhones, sporting a brand new 5nm A-14 Bionic chip, will be faster and more efficient than the current models because the body of the chip will be smaller than the current 7nm process used in today’s iPhones, and transistors will be positioned closer together. Among the benefits predicted for the new 5nm chip is better performance accompanied by 5G and artificial intelligence integration. It has been widely speculated that Apple’s 2020 iPhone models will be 5G compatible.

It looks like TSMC will again be Apple’s sole supplier for new iPhone chips, with the next iteration predicted to be the A-14. Apple already boasted that its A12 and A13 processors were first to ship with 7nm processors over the last two iPhone generations. But over the past year, there have been rumblings that TSMC was ramping up to adopt extreme ultraviolet lithography (EUV) production for the first time to produce the new 5nm processors. Last February, Digitimes reported that Apple and TSMC were about to get started on increased processor miniaturization. The 5nm process conceivably could allow CPUs to fit some wearables — like AR glasses and earphones — with smaller batteries, and allow popular 5G devices to deliver comparable, but more efficient power.

While Apple is expected to announce its new iPhone 2020 lineup during its traditional fall schedule, it is also expected to roll out an updated SE model sometime in the first quarter of 2020. According to a a forecast report from JPMorgan released in early December, Apple may release four 5G-capable iPhones in 2020. The JPMorgan analysts said the new iPhones may roll out in the second half of 2020 and come in various sizes, including 5.4 inches, 6.7 inches and 6.1 inches.

The report noted that the largest may have new tech to facilitate higher quality motion-based videos and photos. That report diverges from previous speculations that postulated the 2020 iPhone models would be somewhat similar to the 2019 lineup, including higher-end iPhones of 5.4 and 6.7-inches, with a cheaper 6.1-inch phone in the middle. At this point, no specifics can be verified about Apple’s upcoming 2020 lineup. But Apple is not the only one eyeing the new 5nm process. Huawei’s upcoming Kirin processor, sometimes referred to as the Kirin 1000, may be that company’s first chipset built on the 5nm process, with a launch sometime in the second half of 2020.