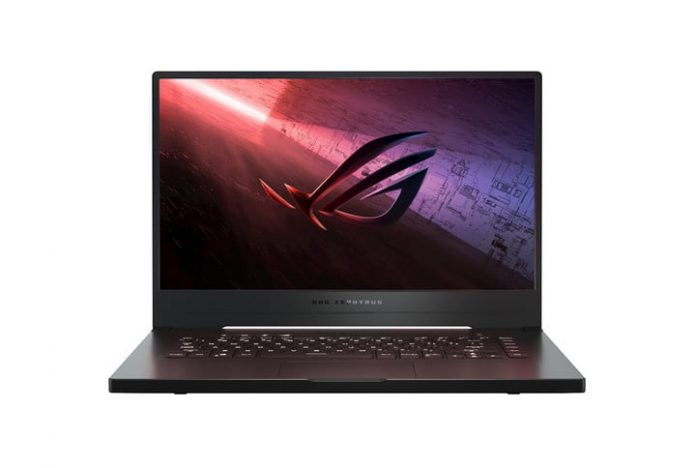 Given the performance of AMD’s silicon and the company’s technological advancements in going to 7nm ahead of its rival, the Ryzen processor has rightfully earned its status as a hypebeast processor among gamers.

Asus’s ROG Zephyrus G14 is paired with the new AMD Ryzen 7 4800HS, a brand new 8-core processor announced at CES. These new chips are based on the Zen 2 architecture, the force behind the success of AMD’s recent desktop processors.

On the graphics side, you get up to Nvidia’s GeForce RTX 2060 for graphics performance. And with a 0.70-inch thick profile and a weight of 3.53 pounds, the Zephyrus is considered very thin and light for a mobile gaming system.

Gamers will appreciate that the 14-inch screen supports AMD’s FreeSync technology, which should minimize screen tearing when playing fast games, and Asus offers two display options fo the Zephyrus. Serious gamers will likely want to opt for the FHD IPS panel with fast 120Hz refresh rate and 100 percent coverage of the sRGB color spectrum. If you want a higher resolution panel, a WQHD resolution is also available, but the boost in pixels will reduce the refresh rate to 60Hz while still maintaining 100 percent coverage of the sRGB color spectrum. The screen also boasts Pantone validation for accurate color reproduction, making it a great for on-the-go laptop creative work.

Other features that will delight gamers include deep 1.7mm key travel on the keyboard, fast Wi-Fi 6 support, and Dolby Atmos-tuned dual 2.5-watt speakers with Smart AMP technology alongside dual 0.7-watt tweeters. The Zephyrus can be configured with up to 32GB DDR4 RAM and an M.2 NVMe solid-state drive with up to 1TB capacity. There are a pair of USB-C 3.2 Gen 2 ports, a pair of USB-A 3.2 Gen 1 ports, HDMI port, and a 3.5mm headphone and microphone jack.

Gamers who need a larger display can opt for the ROG Zephyrus G15 GA5021, which tops out with a similar Ryzen 7 4800HS processor and GeForce RTX 2060 graphics. The 15.6-inch variant comes with an Ethernet jack and swaps one of the USB-C ports on the 14-inch model for an additional USB-A port, but otherwise maintains similar specifications.

Asus’s new family of TUF gaming laptops are available in either 15.6- or 17.3-inch variants, delivering performance and affordability to gamers who may not have the budget to splurge on a Zephyrus system. Despite its wallet-friendly approach, these laptops still come with gaming-centric features, such as AMD Ryzen 4000 Series mobile processors with 8 cores and 16 threads or Intel’s 10th-gen CPUs, Nvidia graphics, and displays that max out with a 144Hz refresh rate on a non-glare FHD resolution panel.

The Ryzen configuration also supports AMD’s FreeSync screen tech to reduce tearing and ghosting, and the display also comes with minimal NanoEdge bezels on all three sides for an immersive experience. The AMD processor is paired with up to Nvidia’s GeForce RTX 2060 graphics, and the laptop comes with up to 32GB of RAM along with an M.2 PCIe SSD with up to 1TB of storage capacity. Like the Zephyrus models, there’s a generous selection of ports, including USB-C, USB-A, Ethernet jack, audio jack, and HDMI.

Up top, a built-in webcam makes it convenient to stream game or video conference, and the slight bump makes it easy to open the lid. Asus claimed that the A15 and A17 models provide up to 8.7 hours of web browsing or 12.3 hours of video playback on a single charge thanks to a larger 90 watt-hour battery option.