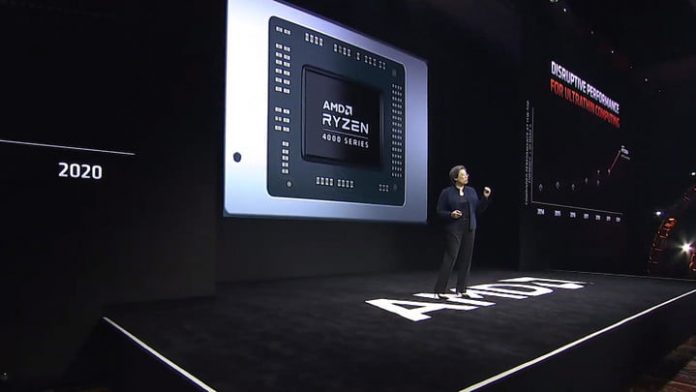 The Intel vs. AMD horse-race is always one of the biggest narratives of CES. With back-to-back press releases and a bevvy of new announcements from both companies, this year was no different.

We’ve known for some time that AMD would have some exciting new hardware at CES 2020, and we weren’t disappointed. With new laptop CPUs, the fastest workstation processor ever made, and a new midrange GPU, there was plenty to be excited about during team red’s keynote address to start the show off. The buzz in the room was palpable.

But just a couple of hours later, Intel delivered its tepid response. Its new CPUs were merely teased, its new GPU shown in a whistlestop demonstration with no detail, and no news on new desktop hardware. This does not bode well for a return to form for team blue in 2020.

2019 was supposed to be a monumental year for Intel. It was the year Intel finally moved to its 10nm architecture, starting first with its Ice Lake mobile processors. But thanks to the increased pressure from AMD, Intel seemed behind the ball at nearly every turn.

Don’t get me wrong. There’s plenty to be excited about in Intel’s future. Before CES, there was talk of Comet Lake desktop chip reveals with 5GHz+ frequencies, of Xe graphics that could compete with AMD and Nvidia, and talk of a new cooling system which could bring greater performance to laptops than ever before.

But little of that materialized in Intel’s press conference.

It showed off Tiger Lake, its post-Ice Lake chip design that’s coming later this year with Xe graphics on board. But the focus was on thin and light devices, which hardly pushes the performance envelope, or excites those concerned at the loss of Intel’s various power crowns over the past couple of years. Wi-Fi 6 and Thunderbolt 4 are welcome additions, but they’re not revolutionary advancements and won’t make a huge difference to the average person.

New form factors like foldable notebooks are intriguing, and it’s always good to hear about new Athena certified laptops that can offer exceptional battery life and instant-on performance. A.I. enhancements are important too, but these are all areas where Intel has continued to excel. When AMD challenged Intel with its advancements in desktop, mobile, HEDT, and graphics, Intel hasn’t really been able to respond.

According to the conversations we’ve had with Intel, Intel is still confident in its market positioning. As well they should be, in some respects, as Intel still controls the majority of the CPU market in servers, mainstream desktops and laptops, and the HEDT sector. But that won’t hold forever. If AMD continues to excite buyers and investors with new technologies that push the envelope in terms of raw, per core performance, and in the numbers of cores and threads its chips can support, that market and mind-share might slowly start to slip away from Intel.

Something that AMD’s CEO Lisa Su has repeatedly said during press conferences over the past couple of years, is that AMD made a big bet with Ryzen more than five years ago. That bet has certainly paid off for AMD, as it surges in multiple industries in the wake of swift advancements. That appears to have caught Intel off guard, adding to the pain of its own development delays with its own 10nm (and below) process.

That may mean Intel will spend a few more years scrambling to catch up as its own big bets to counter Ryzen will take their own time to develop. Xe is no doubt such a bet and if it truly can offer double the performance of Ice Lake’s 11th generation, it could be the most exciting laptop graphics advancement we’ve seen in some time. It has the potential to invalidate a lot of entry-level gaming GPUs and if it does arrive in 2020 with Tiger Lake, that could be a big win for Intel this year.

But it could be the only one, and it barely made an appearance at CES. With nothing much else to excite outside of niche technologies and some limited promises for new tech later this year, 2020 is not off to a slow start for team blue. With AMD set to introduce its most competitive products yet in two industries very important to Intel — laptops and HEDT. AMD’s momentum is snowballing, and Intel’s announcements at CES haven’t helped slow it down.