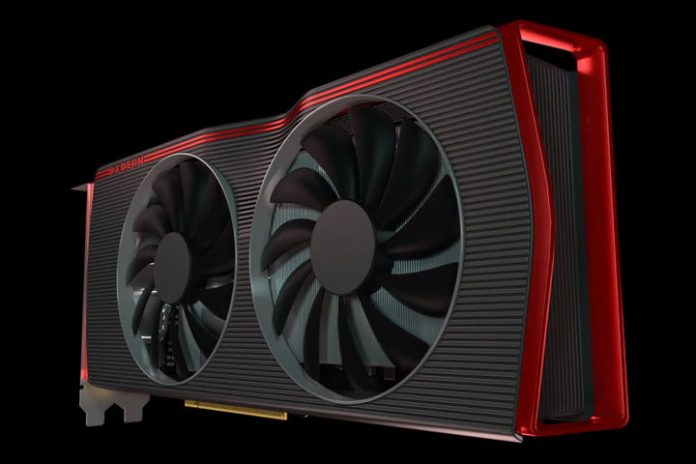 AMD’s RX 5600 XT graphics card had a turbulent launch. But with its specs finally locked down and a price that is exceedingly competitive with Nvidia’s best, it’s time it faced off with its contemporaries in a classic head to head.

If $300 doesn’t quite fit your budget, whichever way it swings, check out our guide to the best graphics cards available today.

The Nvidia RTX 2060 is the oldest card in this lineup, debuting in January 2019. Its price stayed very close to what it launched at until the 5600 XT crested the horizon. It has since been dropped by $50 to $300, a sizable cut that makes the 2060 a much more competitive option. Not all third-parties have followed suit, however, so some cards are still found between $320 and $340.

The GTX 1660 Ti debuted just over a month later, in late February 2019 with a price of $279 for the Founders Edition. You can still find models at that price in 2020, though there are also third-party alternatives with fancier cooling and factory overclocks which push its price into the $330s.

The AMD RX 5600 XT made its grand entrance in January 2020 following a CES unveiling. It has no reference version from AMD, so although some third-party cards are sold at its reference price of $280, more are sold between $290 and $320 depending on their cooling configuration.

With prices so close to one another, the kind of frame rates and detail settings you can expect to play at with these cards is extremely important. All three are excellent at 1080p gaming, but which is the most powerful?

*AMD released a BIOS update for the 5600 XT shortly before launch, improving clock speeds for the core and memory. Most cards should have this applied, though not all will at launch.

It’s difficult to directly compare every aspect of graphics cards from different manufacturers, as their architectures are quite different, but there are some aspects we can pit against one another. The RTX 2060 has 25% more CUDA cores than the GTX 1660 Ti, which the slight clock speed disparity will not be able to close.

The memory configurations of the RX 5600 XT and the RTX 2060 are effectively identical after the AMD BIOS update, while the GTX 1660 Ti lags behind again with slower memory, despite having the same quantity. Overclocking may be able to fix that, but not always. You’d also likely be giving up your TDP advantage, with the 1660 Ti requiring significantly less cooling potential than the other two cards.

In the real world, Anandtech found the RX 5600 XT was just that little bit faster than the RTX 2060 (though not all versions could beat it). Even at 1080p, there were only a few frames between them. The GTX 1660 Ti lagged a little further behind the RTX 2060, suggesting that its price match with the RX 5600 XT might give it some serious problems moving forward.

Toms Hardware echoed these findings, with the RX 5600 XT pulling ahead of the RTX 2060 in almost all games it tested. In Gears of War 5 the difference was huge too, with a 15 FPS disparity on average, and more than 22 FPS for the 1% lows. There is some trading of blows, but ultimately the 5600 XT comes out ahead. Both cards demolish the GTX 1660 Ti, relegating it to a class well below them both and suggesting a price drop is very much needed.

Engadget’s results push the 5600 XT above even the near-$400 RTX 2060 Super, which seems a little anomalous, but shows just how capable the 5600 XT is. Engadget called it the best option for 1080p gaming at high frame rates, and most seem to agree.

Nvidia on the other hand, has its own image sharpening and low latency gaming features, but the big one that AMD can’t touch is ray tracing. The RTX 2060 has hardware accelerated ray tracing with its RT cores that the RX 5600 XT simply can’t do. The 1660 Ti can display ray tracing, but it doesn’t have the performance to make it comfortably playable, even at 1080p.

The RTX 2060 also enjoys deep learning super sampling, but like ray tracing, there aren’t many games that support it as of yet.

You can joke all you want about AMD only making 1080p gaming cards for the past few years, but it does a great job at it. The RX 5600 XT is the new king of that hill, with vastly greater performance than the GTX 1660 Ti, and competitive power with the RTX 2060. Yes, it was saved from near-irrelevance by a last-minute BIOS update, but that is unlikely to be a lasting concern in the long run.

The RTX 2060 is still a viable GPU at its new $300 price, especially if you’re keen to explore ray tracing and DLSS. But for pure bang for buck, the RX 5600 XT at a cheaper price, is the card to get if you want to play 1080p  games at high frame rates. Think of it like a new-generation Vega 56. It’s technically 1440p capable, but don’t expect to maintain 60 FPS in many modern games.