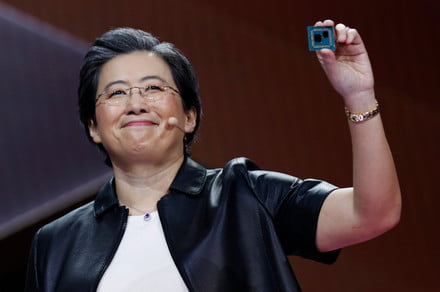 AMD is expected to make several big announcements at CES 2020, one of which could well be the unveiling of its next-generation CPU architecture called Zen 3. Building upon the extremely strong showing of Zen 2 CPU cores in its Ryzen 3000 processors, AMD is planning another major inter-generational performance improvement with Zen 3, boosting clock speeds, efficiency, and infinity fabric speeds with a brand-new design.

Although the red team has been more successful with its CPUs than its graphics cards recently, it’s still on quite the successful tear after years of stagnation in both major portions of its business. CES 2019 brought us Zen 2 CPU details and the unveiling of the Radeon VII, the first high-end GPU AMD had released in nearly two years. CES 2020 is expected to see big CPU and GPU reveals from AMD once again, with potential product launches taking place shortly after.

Outside of Ryzen 4000 mobile CPUs and RX 5000-series GPUs though, we may get a glimpse of what’s coming later in 2020 with the Zen 3 architecture. According to a Taiwanese newspaper, via WCCFTech, AMD’s CEO, Dr. Lisa Su, will make a formal address discussing AMD’s plans for the CPU space, including its next-generation architecture.

This is an exciting prospect too, as Zen 3 is said to be a brand new architecture, and not the classic “tick-tock” style updates that the CPU space has been known for. It will go beyond what we saw with Zen and Zen+, and more in line with the overhaul from Zen+ to Zen 2. We expect the chiplet design model to continue, but beyond that, there’s a lot up in the air.

Rumors of high instructions per clock (IPC) increases have been swirling for weeks now, and though we’d be surprised if we saw an increase above that of Zen 2’s 15% jump, 10% isn’t outside the realm of possibility. Factor in some slight clock speed increases too, and Zen 3 could be a viable upgrade for all Ryzen CPU owners. It would also put even more pressure on Intel, which is expected to bring only incremental improvements to its CPUs with the upcoming Comet Lake release.

Further improvements are expected to be made to AMD’s Infinity Fabric — the interconnect between the CPU dies and the I/O die — which should bring performance enhancements of its own. One way overclockers have been able to enhance Zen 2 CPUs has been overclocking the Infinity Fabric, so it’s likely we’ll see higher clocks there with Zen 3.

CES 2020 starts on January 7. Follow along with our live updates for full coverage of all the exciting announcements.