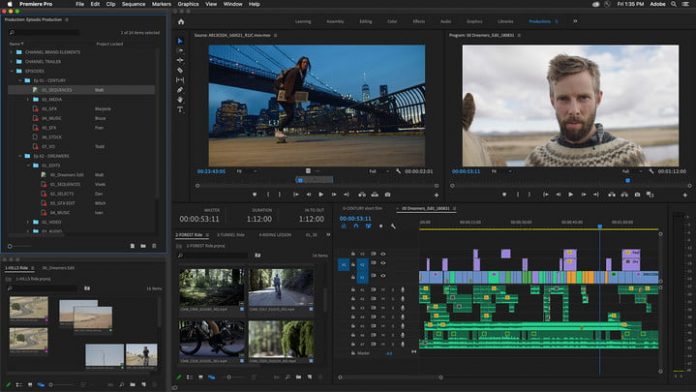 After beta testing the tool in major Hollywood-level productions like Terminator: Dark Fate, Adobe is teasing a new update coming to Premiere Pro. Productions is a set of tools designed for managing projects, including organizing and sharing assets, designed for both large teams as well as individuals.

Productions also opens up team-based tools, even without working from the Creative Cloud. The update allows teams to work on the same project from a local shared storage or a hard drive, locking out the project when one edit is in progress. When a project is locked, collaborators can view or copy, but to avoid overwriting the edit, they cannot edit or save the project. Because projects share settings like scratch disks and GPU rendering, Adobe says that shared previews allow for faster and smoother playback for the entire team.

Teased during the Sundance Film Festival, Adobe says the tool is based on feedback from filmmakers at the festival over the years. Productions have already been beta-tested on productions like Terminator: Dark Fate and Dolemite is My Name.