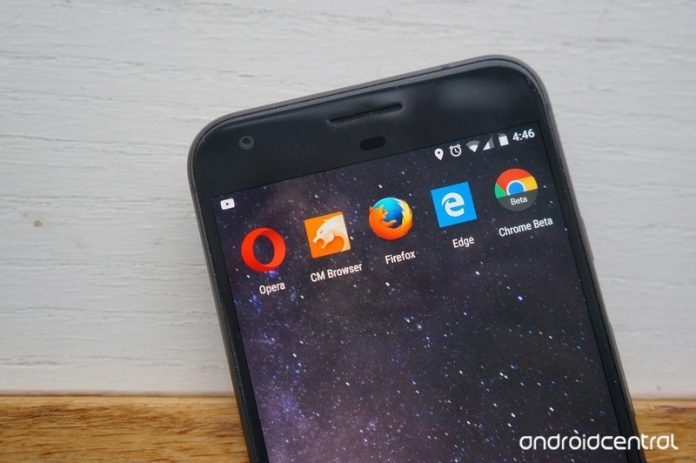 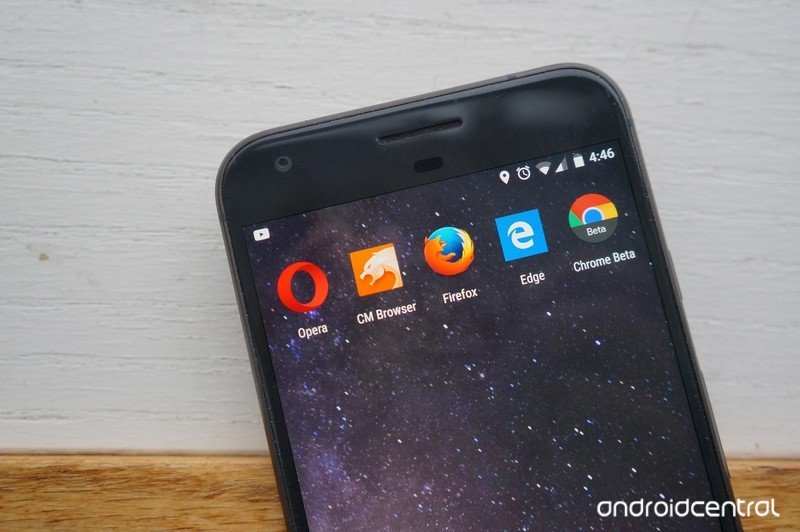 United States Senator Ron Wyden has called on the FTC to investigate what he critiques as anti-competitive practices by the ad blocking industry.

In a letter surfaced by The Verge, Senator Wyden laid out his case, saying:

Hundreds of millions of consumers around the world have downloaded and installed software tools that purport to block online ads. In turn, the largest ad companies — including Google, Amazon, Microsoft and Verizon Media — have quietly paid millions of dollars to some of the largest ad blocking software companies in order to be able to continue to track and target consumers with ads.
(…) Accordingly, I urge the FTC to open an investigation into unfair, deceptive and anti-competitive more transparent with consumers. Ad blockers that whitelist ads in exchange for payments from ad companies should be required to prominently disclose this to existing users whenever they are shown an ad from a paying advertiser and to new or potential users when they are downloading or installing the ad blocker.

Senator Wyden is referring to AdBlock Plus’s Acceptable Ads policy. The scheme allows advertisers whose ads met certain criteria to be whitelisted by the system, effectively bypassing ad blocking by default. It’s free for small to medium websites whose ads adhere to the acceptable ads policy, while larger firms with “more than 10 million incremental ad impressions per month”. The program is now run by the independent Acceptable Ads Committee.

That being said, while it’s true that the Acceptable Ads committee does allow companies to pay to be whitelisted, it’s also true that extensions like AdBlock Plus offer an option to completely disable all ads if the user desires. On the other hand, Wyden raises the point that ad blocking firms who made the switch over to whitelisting ads did not disclose their intentions to consumers clearly enough, potentially violating an FTC policy which requires companies to disclose “facts [that] would be material to consumers in deciding to install the software.”

The FTC confirmed to The Verge that it had received Senator Wyden’s letter, but gave no indication of any action it was planning to take.

It’s not clear whether the FTC will investigate, and what it will conclude if it does. After all, it’s hard to argue against more transparency for consumers.

We all have trouble sleeping from time to time. Help yourself drift off by using Android's new Bedtime mode.
Read more
News

These are the best microSD cards you can buy

A microSD card for your Android phone lets you easily move your files, photos, and music from device to device
Read more
News

Google might be killing off Duo in favor of Meet

Google killed off Allo for Messages, and now Duo will meet the same fate.What you need to knowGoogle reportedly plans
Read more

All Fortnite week 9 challenges, and how to complete them

How to continue to play Fortnite on Android and iOS

Fortnite may not be available via Google or Apple, but you can still play on Android and iOS. Here's how.
Read more

With Android 11, users user can look forward to a feature called “back tap”. In short, it is a unique physical gesture carried out on the back of the device with your finger. Double tapping the back of the device can carry out an action that you can customize. This can vary from launching the camera, to starting Google Assistant and many other functions.Credit to developer Kieron Quinn over at XDADevelopers for making the app. It works with any Android smartphone running Android 7.0 and above, so you should be good to go on any modern device.A special mention here is how the device is a bit fickle, as Google designed this gesture to work with the Pixel family of devices, and was built using their dimensions in mind. XDA has confirmed that they were able to make the gesture work with the ASUS ROG Phone 3 and the Huawei P40 Pro.Here is a quick demonstration of the app in action:Results May VaryI was able to replicate the gesture on my Pocophone F1 and OnePlus 7T. I had to remove the phone case for the Pocophone, but it worked with the 7T even with the case on. It was also very finicky on the Pocophone, getting the gesture to work around two out of every five times.Let’s Get StartedAll you have to do is sideload the app on your Android device. You can download the app via this link.Setting up your deviceOnce you have the app installed, it will either appear on your home screen or your app drawer, depending on your phone’s OEM software.Launch the app and you will have to grant it accessibility. This can vary from one OEM to the next, but for the OnePlus 7T tap on the Accessibility service at the top of the app, look for Tap, Tap and switch the toggle to on.From here, try to double-tap the back of your phone (with and without cover). If you feel haptic feedback, it means your device is running on the default Pixel 3 XL sensitivity. If you don’t feel any haptic feedback after 2-3 attempts, head into Gestures, and tap on Device model.Keep switching between the Pixel 3 XL, Pixel 4, and Pixel 4 XL until you feel the haptic feedback of the device on every attempt.Setting up your actionsAfter you’ve set up the gesture, go into Actions, and choose what you want to be done. By default, the app is set to launch Google Assistant, or take screenshots.I have already added a preset and made it the top action in the app.This is what the camera launch function looks like on my OnePlus 7T.If you want to add an action, tap at the bottom center of the screen and choose Add Action.In the first Alpha build you can carry out the following commands:Launchan appGoogle AssistantCameraUtilitiesTurn on FlashlightActionsTake a screenshotOpen notificationsOpen quick settings shadeSimulate pressing the home, back and recent apps buttonLock the screenWhen you have chosen the command you want to take preference over the others, drag it by the two lines at the top right of the tile and take it all the way to the top.Understanding GatesA gate is basically a barrier that stops the action from being carried out involuntarily. By default, your phone won’t carry out the action you’ve assigned above if your display is off or you’re on a call.This prevents you from accidentally toggling your action when you don’t want it to.By default, the current preset should suffice, but you are free to adjust it to your desired settings.Closing notesThe app is a hit or miss depending on your phone. It may or may not work. It’s highly recommended that if you’re unable to get past the Setting up your device part of the guide, to not pursue the app or settings any further.This is the first Alpha build of the device. If you’re looking to follow the app and its development, you can occasionally check in on the official XDA thread here.
Read more

How to migrate your data to a Vivo phone

With smartphones becoming increasingly more affordable, buying one can be a semi-regular occurrence. However, moving data between your old phone and the new one can be cumbersome.Many people will opt to transfer the data to a computer and then to the new phone. Historically, that was what one had to do. Or, users would back up what they could to a microSD card. Today, smartphone manufacturers have dedicated apps that make this process easy, efficient, and seamless.This guide will teach you how to move all your personal data (SMS, calls, apps, photos, etc.) from your old phone to a Vivo branded phone. With this, you won’t have to worry about copying data on a computer or removable storage.Vivo phones are becoming increasingly popular in the Western market. You might have bought your first Vivo phone and are excited to try it out, but not before you carry over your precious data to your new phone first!Just like Huawei and Xiaomi, the Vivo product line has many products under it – the V, Y, S, P, and X series of phones. All of these are united by the Funtouch OS. As long as your Vivo phone is on the proprietary OS, you should be able to seamlessly use the transfer app.Pre-RequisitesInstall the Vivo EasyShare app on your old phone and the new Vivo phone. Make sure both phones are at least at 80% charge and are on a flat surface as this is another wireless transfer.Let’s Get StartedOnce you have installed the app on both phones, launch the app on each phone. You will be greeted with a splash screen walking you through each part of the app.If it doesn’t do it for you automatically, tap at the top right of the app for the transfer icon shown below.On your old phone, tap on the I’m Old icon and on the new Vivo phone, tap on the I’m New icon.On your new phone, you will be prompted to choose the OS of the old phone, choose accordingly but this guide covers Android devices.You will have to scan the QR code on your old phone via the QR code reader on your new phone. Once you have done so, this screen will show you have successfully paired both phones:Now choose the content which you wish to carry over to your new Vivo phone, and depending on the amount of data being transferred this can take as little as a few minutes and up to an hour.We highly recommend not using either device during the transfer process as this can interfere with the data transfer.Once the data has been transferred, you will get an on-screen notification on both phones informing you of the completed data migration.With that, all of your data is now successfully ported over to your new Vivo phone, ready to use.Other Helpful GuidesHow to migrate your data to a Pixel phoneHow to migrate your data to a Samsung phoneHow to migrate your data to a Huawei phoneHow to migrate your data to a OnePlus phoneHow to migrate your data to an Oppo phoneHow to migrate data to a Xiaomi/Redmi/Poco/Mi phone
Read more