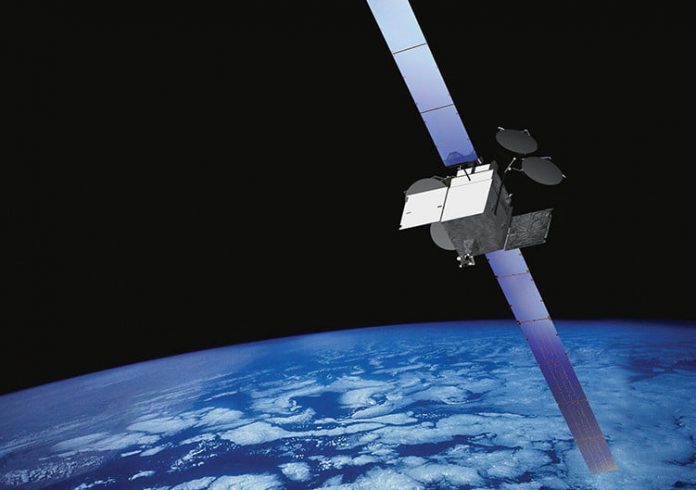 A 15-year-old DirectTV satellite might explode in space because of a battery malfunction, and if it does, it could take other satellites down with it.

DirecTV requested temporary authority from the Federal Communications Commission (FCC) on Sunday to conduct an emergency operation that would reduce the risk of the satellite exploding. The Boeing-made satellite is currently situated in the geostationary arc, which is home to many communications satellites.

“DirectTV’s emergency operations are in response to the extraordinary and unforeseen anomaly on Spaceway-1 and will reduce the potential for harm to other geostationary satellite operators,” the filing reads.

The satellite was recently being used as a backup for Ka-band capacity over Alaska, according to Space News. However, the Spaceway-1’s batteries suffered “significant and irreversible thermal damage” in December.

DirecTV asked the FCC to give them 30 days to decommission of the satellite’s remaining fuel before it explodes. To do this, it will take about 21 days to reach a disposal orbit to discharge its remaining bipropellant and then about seven days for “venting operations” before Spaceway-1 can be decommissioned.

Satellites are required by the FCC to vent fuel before they move into what’s known as the “graveyard orbit.” According to the filing, it would typically take about two to three months for the same amount of fuel to unload, but DirecTV is asking for the FCC’s permission to discharge the remainder of the bipropellant in the 30 days before an explosion occurs.

“The risk of a catastrophic battery failure makes it urgent that Spaceway-1 be fully de-orbited and decommissioned prior to the February 25th start of eclipse season,” DirecTV said in the filing.

The spring eclipse season occurs from February 26 until April 12 or 13, and it affects satellites due to the sun illuminating both the northern and southern hemispheres equally, which casts a shadow through the orbital path of satellites. Since satellites rely on electric power from the sun’s solar rays, the satellite uses its batteries as a backup, and since Spaceway-1’s batteries no longer work, it’s crunch time to get the satellite decommissioned.

Before Spaceway-1 had the battery problem last month, DirecTV expected the satellite to last until 2025, according to Space News. The High Power 702 Boeing model was originally designed to last 12 years.

Digital Trends reached out to DirecTV and to Boeing to comment on the Spaceway-1 satellite. We will update this story once we hear back.

Review: The Ultenic T10 combo does it all so you don’t have to

Review: This is the best robot vacuum auto-empty dock so far