Home News 2020 could be a monumental year for the Mac. Here’s everything I’m...
News 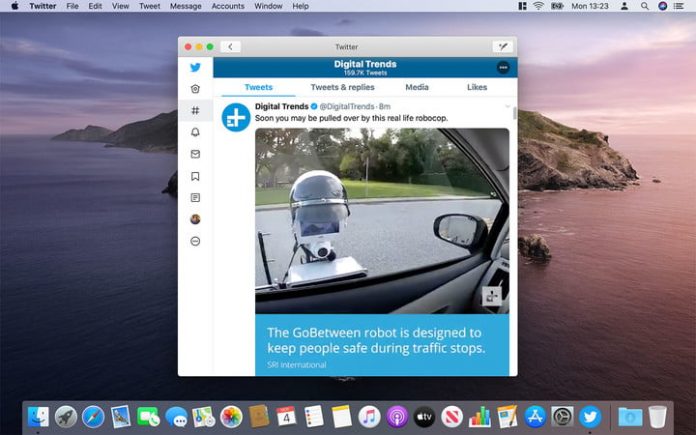 2019 was one of the best years for the Mac in recent memory. The new Mac Pro and 16-inch MacBook Pro both showed a dedication to the creative professionals that have always been the backbone of the Mac community.

But 2020 could be even bigger. With the rumor mill in full spin, I’m expecting a wide range of new Mac products that follow up on the successes of 2019. Ranging from almost guaranteed to complete fantasies, here are the five Mac products I’m crossing my fingers for this year.

Let’s start with the big one. A MacBook that is powered by Apple’s own A-series processors has been in the works for years now. I don’t have proof, but I do have a hunch Apple could make the move away from Intel in 2020.

Beyond the reports and rumors, Apple has been working on the transition from a software perspective as well. Mac Catalyst has helped entice iOS developers to move their apps to the Mac App Store, which is key to making sure an Intel-less MacBook has most of the apps you expect it to have.

It’s possible that Apple could move over its entire lineup to ARM chips, or launch a separate “MacBook” to sit alongside the Air, but I’d prefer the company to start out small in a segment that makes sense. College students and people who browse the web don’t need access to high-end Mac software — and a collection of Catalyst apps from the Mac App Store just might do the trick. Not to mention that replicating the power of Intel’s eight-core Core i9 processor might be a little tough on the first go.

How long has it been since the iMac has been updated? Well, for the 27-inch 5K model, the last spec bump was in 2019 with its jump up to Intel’s eight-core Core i9-9900K. The 21.5-inch 4K models are a bit more behind. In fact, the entry-level $1,099 model runs just a 7th-gen dual-core processor and a 1TB hard drive. No one should really buy this computer at this point.

So yes, while a spec bump to all these iMacs would be great in 2020 — including to the iMac Pro — what I’m really looking for is a full redesign. The chassis and internals of the iMac haven’t been changed much since 2012. Some smaller bezels and updated ports would be an easy place to start, but I’d love to see Apple deliver a full redesign to the iMac in 2020 that recaptures the iconic look of this all-in-one.

I’d love to see Apple finally catch its accessories up to speed too. The Magic Keyboard is already loved by Apple fans, but it’s missing something very important: Touch ID. The cheap MacBook Air comes with Touch ID, but you’re stuck using passwords on your tricked-out $4,000 iMac. That doesn’t make much sense.

Not only is Touch ID great for security, it’s also useful for things like verifying purchases or working with Apple Pay. Some would say a larger Touch Bar would be a nice addition too — and hey, it’s not a bad idea. But a Magic Keyboard with Touch ID would make all the difference for users of the iMac or Mac mini.

If I had to bet on one of these products making an appearance, it’d be an updated 13-inch MacBook Pro. The current design has been relatively unchanged since 2016, and it’s been a turbulent few years for this once-beloved laptop. The 16-inch MacBook Pro fixed many of the problems I had with the design, whether that was the faulty keyboard or the limited performance. Now, it’s time for the smaller sibling to get some love.

The “Magic Keyboard” featured on the 16-inch MacBook Pro is near perfect. That alone would make me happy. Small touches would be nice additions as well, such as the smaller bezels, physical Esc key, and improved cooling. If Apple really wants to get crazy, I’d even love to see a move to AMD’s new Ryzen 4 processors for some extra multic-ore performance.

I’ll end with the least likely on my list, a new external monitor. Apple killed off its popular Thunderbolt Display in 2016, the last in the company’s line of external monitors. Rumors begun to spin in 2018 of a new monitor to go along with the relaunch of the Mac mini, but we haven’t heard a peep since then.

Now that Apple is back in the monitor game with the Pro Display XDR, it would be a great time to release a more conventional monitor. Despite the great selection of high-end monitors out there, those who work on a MacBook Pro or Mac mini are no doubt interested in an Apple-branded option.

If Apple did release a new monitor in 2020, I’d like to see a 5K resolution, a 16:10 aspect ratio, and plenty of Thunderbolt ports on the back. And hey, why not make it mini-LED or OLED while we’re at it?