Even Windows isn’t exempt from a bit of rebranding. Microsoft has recently revealed a new logo and 100 newly redesigned icons for its flagship operating system.

Via a Medium post penned by Jon Friedman, Head of Microsoft Office design, the technology company revealed images of a new Windows logo and a slew of redesigned app icons. The images included in the post showed a different Windows logo: The current logo has sharp corners and a single shade of blue for each of its panes. The new logo depicted in the Medium post has softer, rounded corners and multiple shades of blue.

The redesigned app icons featured in the post, also seemed to follow suit: These icons featured color gradients, and rounded edges. There also seems to be an emphasis on making the icons appear three dimensional as well. And according to the post, such design characteristics were emphasized due to customer feedback Microsoft received:

“From mild to wild, we explored a multitude of design directions and listened to customers around the world. We learned what didn’t resonate with people (flat design and muted colors) and what did (depth, gradations, vibrant colors, and motion), all of which drove our decisions.”

There doesn’t seem to be any plans to radically change Windows icons, though. According to the post, the new design for these icons were heavily influenced by Microsoft’s Fluent Design System which “emphasizes building off the familiar — designing for what our customers already understand, not asking them to develop new habits or learn something new.”

But though the design changes are slight, there’s also a push for the creation of a “cohesive” set of app icons to be used in Windows. In fact, as The Verge points out, the design changes appear to be Microsoft’s attempt to clear up an “inconsistent” icon issue, since the operating system still has “some old icons dating back decades.”

And if the new design scheme for these icons seems familiar to you, you’re not mistaken. Similarly designed icons can also be found in images of Windows 10X, Microsoft’s upcoming operating system for its foldable PCs. The icons found on Windows 10X also feature rounded edges, depth, and color gradients. This could also point to Microsoft’s apparent focus on making all of their icons looks consistent, even across platforms. So far, Microsoft’s rebranding of Windows looks like modern-looking, mobile-friendly icons and a more uniform design. 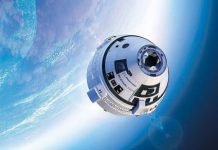 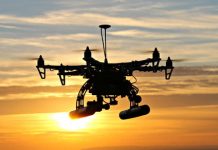 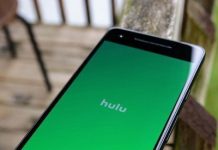 Hulu is currently facing an outage