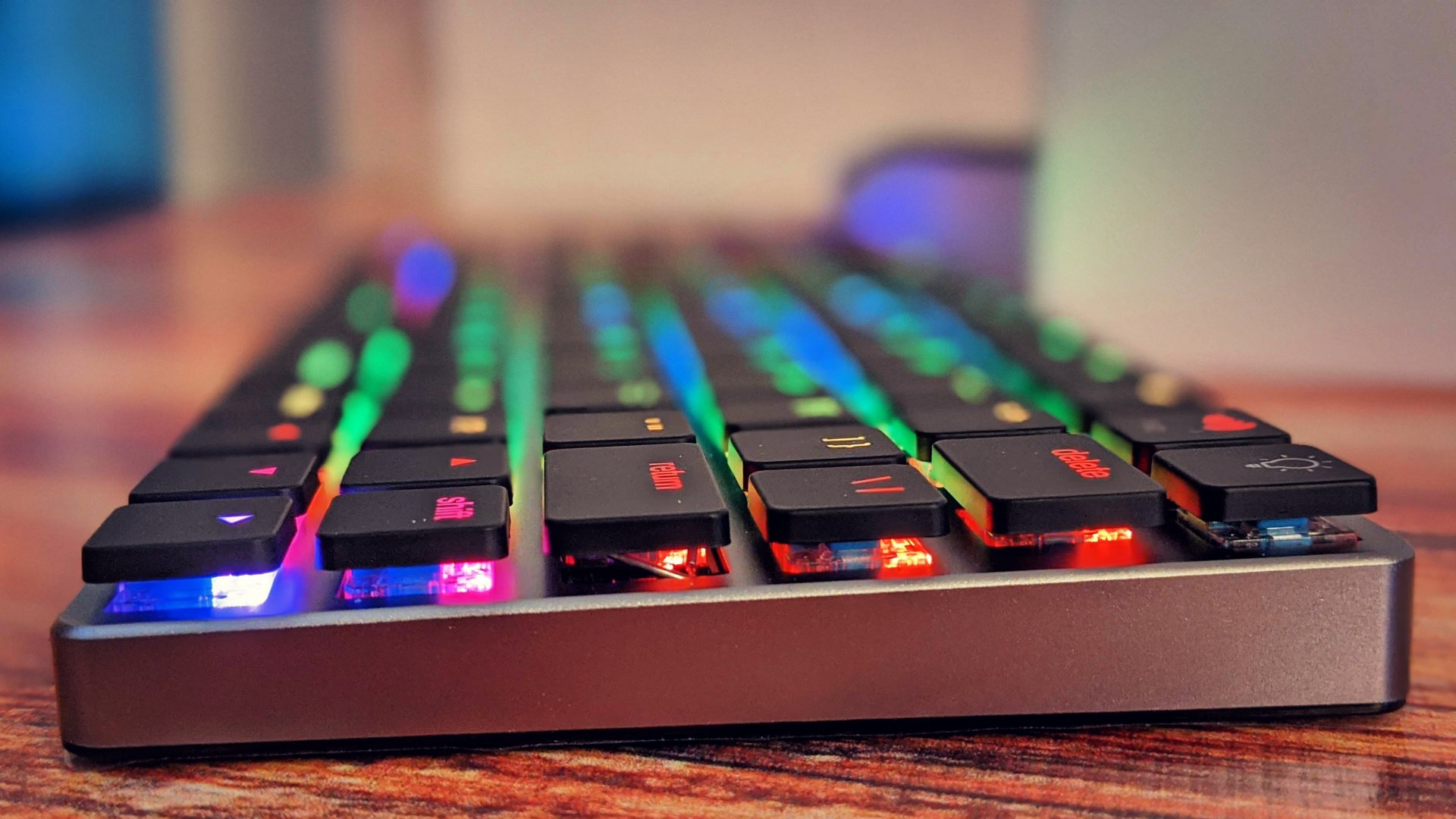 Everyone has their favorite hobbies and passions. We love to chat about phones and mobile tech but there are scores of people who can speak endlessly about their preferred keyboard. Yes, the same thing we take for granted as we type out emails, school papers, and social media updates.

Casuals often think that most computer keyboards are the same. We plug them in and type and never give a second thought to layout, feedback, or color. But, ask a fan of mechanical keyboards about their favorite one, you’ll hear all sorts of things about it.

We’ve reviewed a handful of keyboards over the years, all of which tend to center around wireless (Bluetooth) connectivity. Why? Because of how they work with tablets and even phones. You might have never considered it, but pairing a full size keyboard to a handset or tablet is a game changing experience. 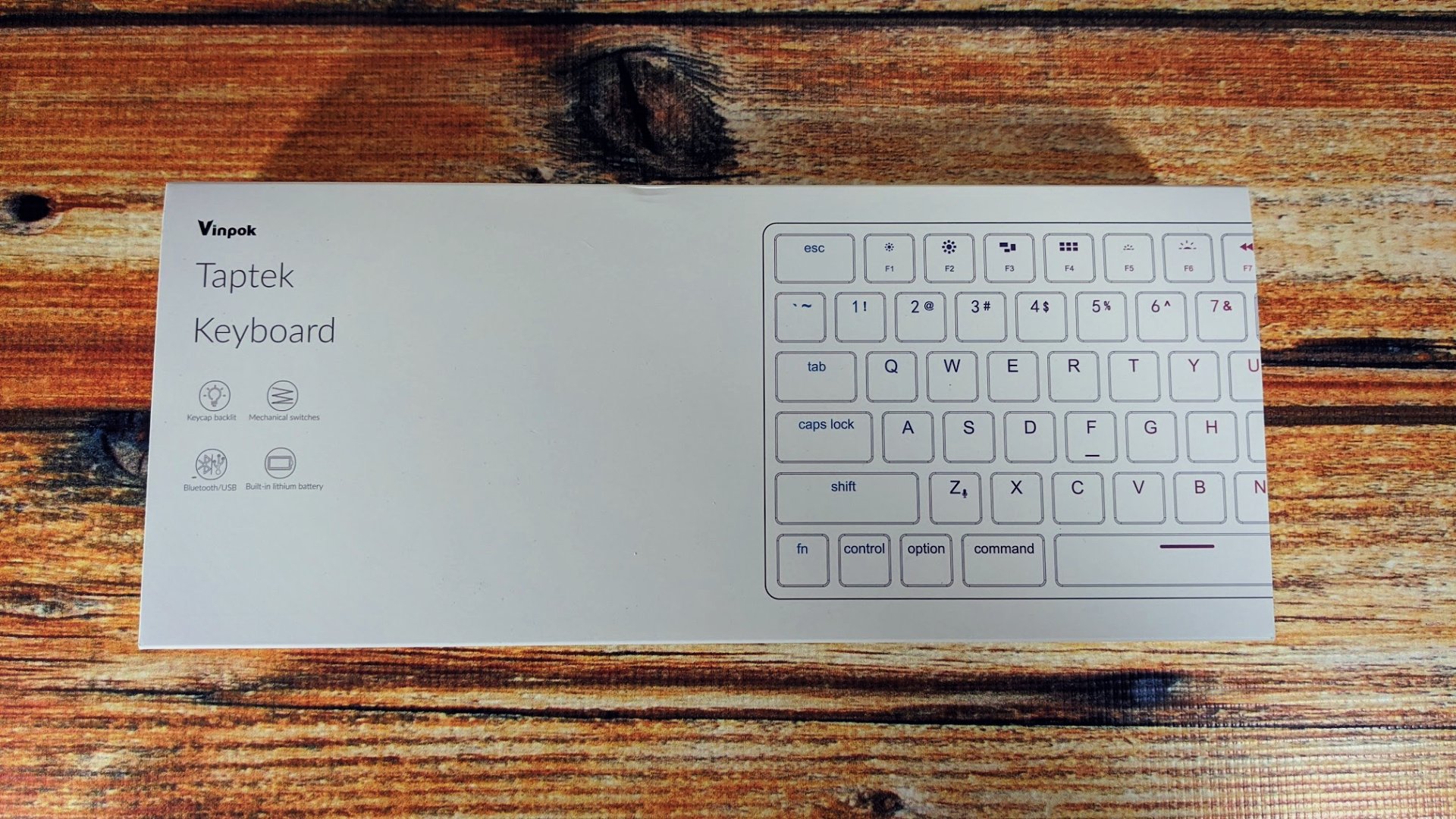 While some keyboards are thin, ultra-lightweight, or tuck away as unobtrusive as a pad of paper, many mechanical keyboards have a more traditional size. Then there are keyboards like the Vinpok Taptek, which toes the line between portability and functionality.

We were sent one of these keyboards to review and have come to appreciate for a number of reasons. It’s certainly built with portability in mind, but it still bears many of the same hallmarks of bigger mechanical keyboards.

It’s a keyboard, so its main function doesn’t really need to be explained. However, peeling a layer back, we learn it is designed with Bluetooth (wireless) and wired (USB) connectivity.

It is compatible with Windows, Android, and Mac operating systems and can be paired with up to three different devices. A simple slide of a button is all it takes to switch operating systems. 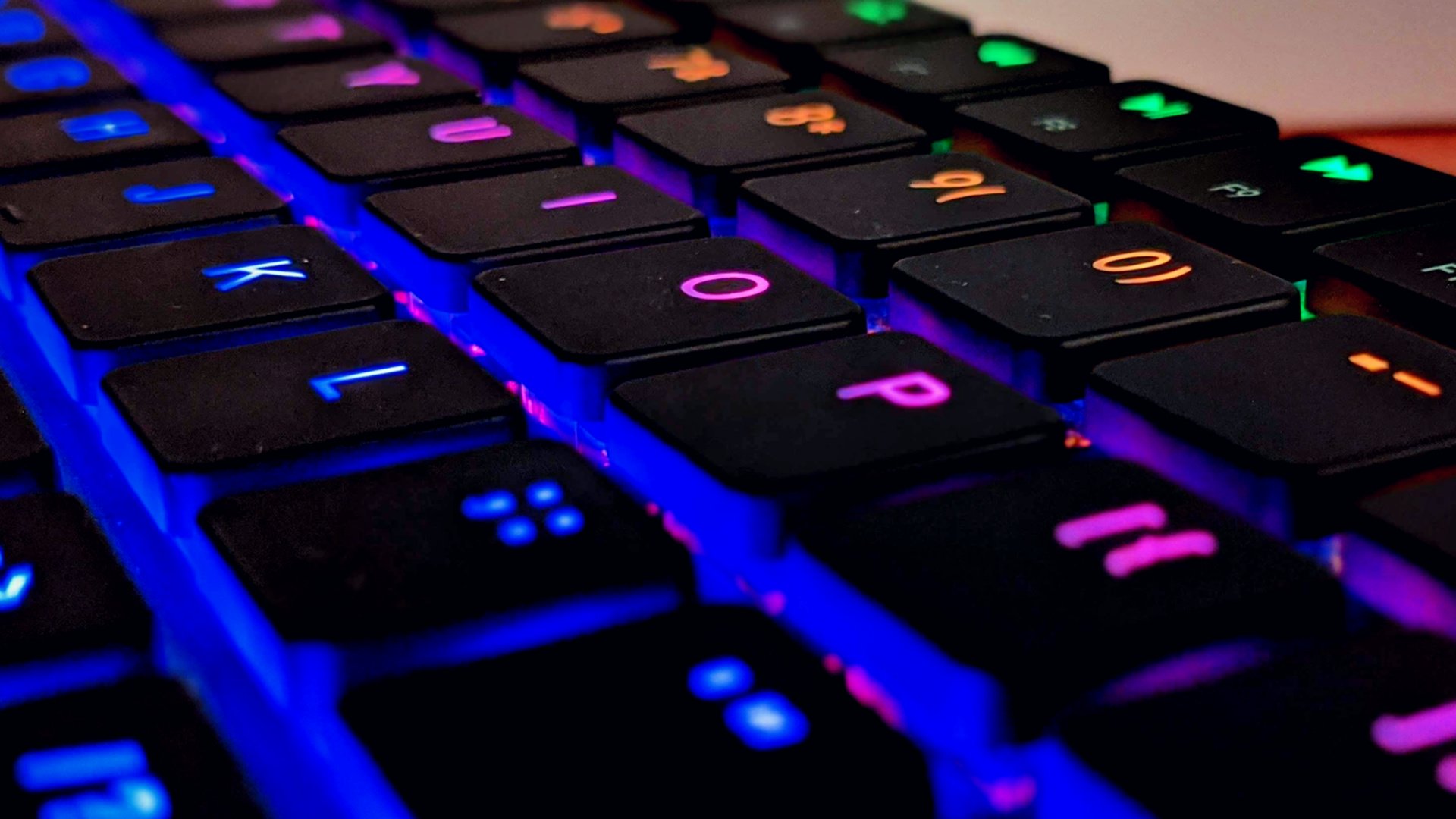 There are 78 keycaps to the keyboard with the same layout as an Apple keyboard. To that end, there are no Windows keys or replaceable buttons so it does take some learning as to which keys perform which tasks.

The keyboard is thin at just 16mm and comes in a silver and black design. Alternatively, there’s an all-white option. In both, the outer shell is comprised of aircraft-grade aluminum.

There’s an 1,800mAh battery tucked inside the keyboard, which is good for at least five hours of typing. Your mileage will vary based on how active you are and whether you’re using the backlit keys.

Speaking of which, there are 19 RGB modes to choose from, each of which is impressive and unique. Some glow and pulse on their own, rotating and changing over time. Others react to key presses and glow across the row or full keyboard. 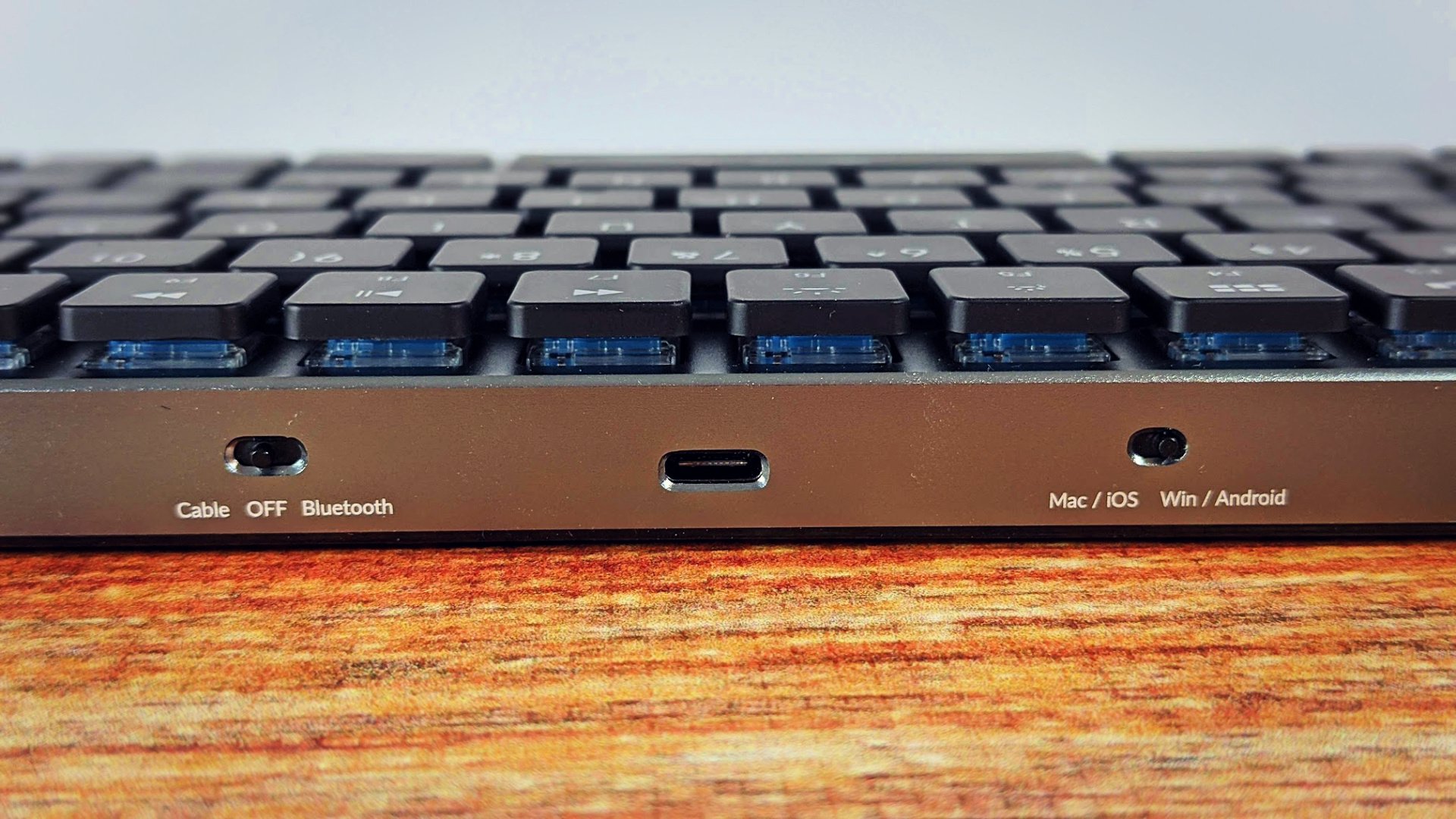 The Vinpok Taptek employs N-Key Rollover (NKRO) on wired mode which means it registers every key pressed, even if at same time.

Typing on the Vinpok Taptek is a lot of fun. With about three millimeters of travel, the keys have a nice click and response. While you cannot switch the switches, those put forth here are snappy and accurate. We found zero lag in response in both plugged in and wireless modes.

At just 16mm, Vinpok says this is the thinnest wireless mechanical keyboard and we’re inclined to agree. There’s an ever-so-slight 2-degree incline to the keys; we found we could type for long periods without any fatigue.

We reviewed other mechanical keyboards and tend to prefer red switches. They’re often more quiet and designed with typing in mind as opposed to gaming. These keys, while more muted than others, are certainly not silent. If you’re thinking of taking this to the library, you might want to look for a corner of your own. On the other hand, a coffee house often has enough ambient noise to drown it out. 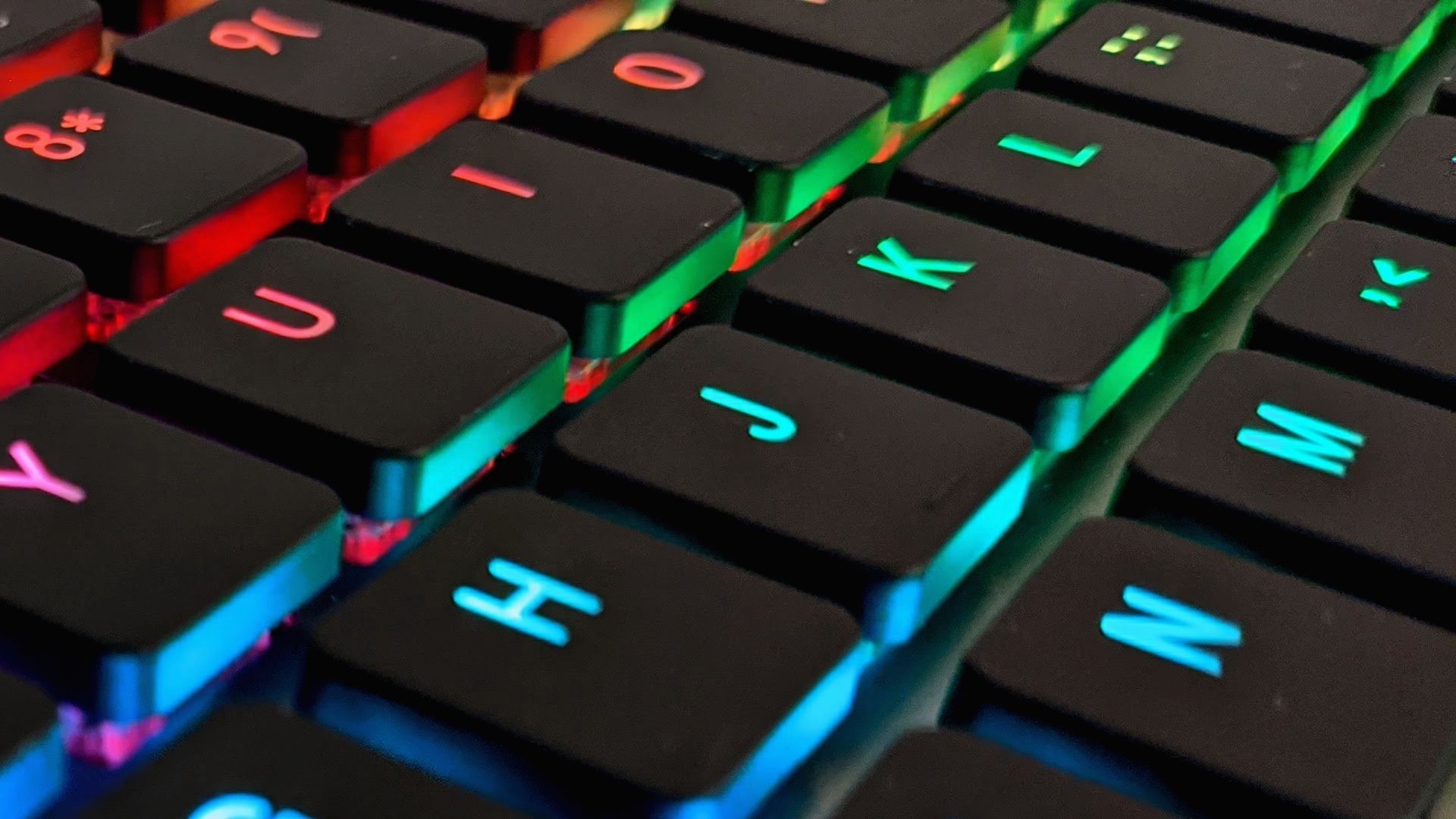 The lighting effects are really cool and there are plenty of options to choose from. The difference between some of them is minimal and tough to discern but some really stand out.

It’s worth pointing out that there are no numerical keys on the right side of the keyboard. If you’re looking for number crunching and formulaic spreadsheets, you’ll definitely miss them. But, if you’re more concerned with being able to write lengthy emails or papers, you’ll be just fine.

If you’re looking for a mechanical keyboard that’s solidly built, fairly customizable, and built to travel, you’d be wise to consider the Vinpok Taptek.

The aluminum frame adds a certain amount of heft. It’s still definitely portable but does feel more like something you might keep in one place.

We’ve been very impressed with the Vinpok Taptek thus far, particularly in the area of colors and effects. It it’s nice to see a mechanical keyboard that’s not aimed at gamers, but more casual users instead. Oh, and we’re glad to see that it uses USB Type-C for charging and connectivity.

There are two color options to choose from at Vinpok’s website: White and Black. Pricing is $129. 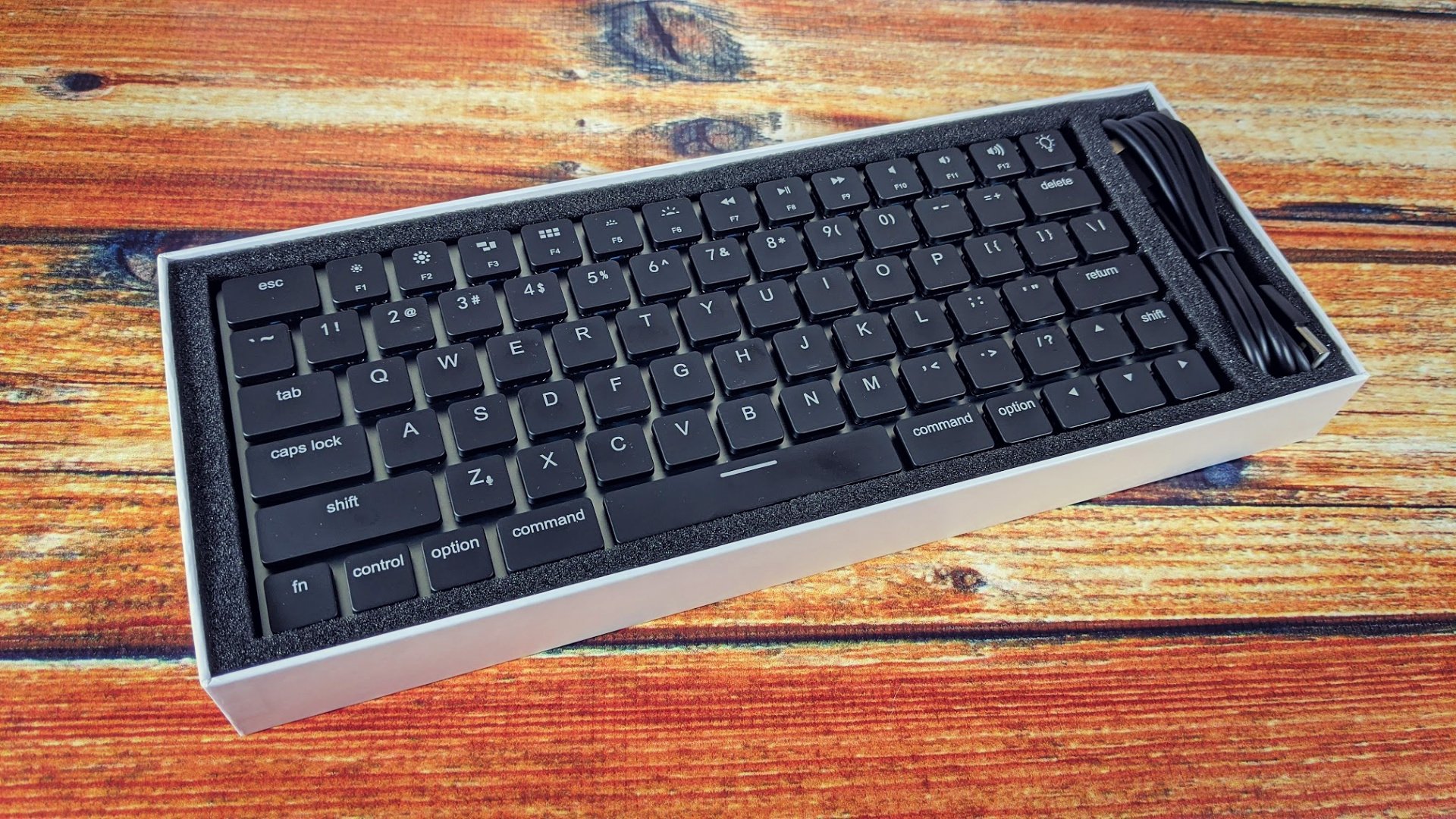 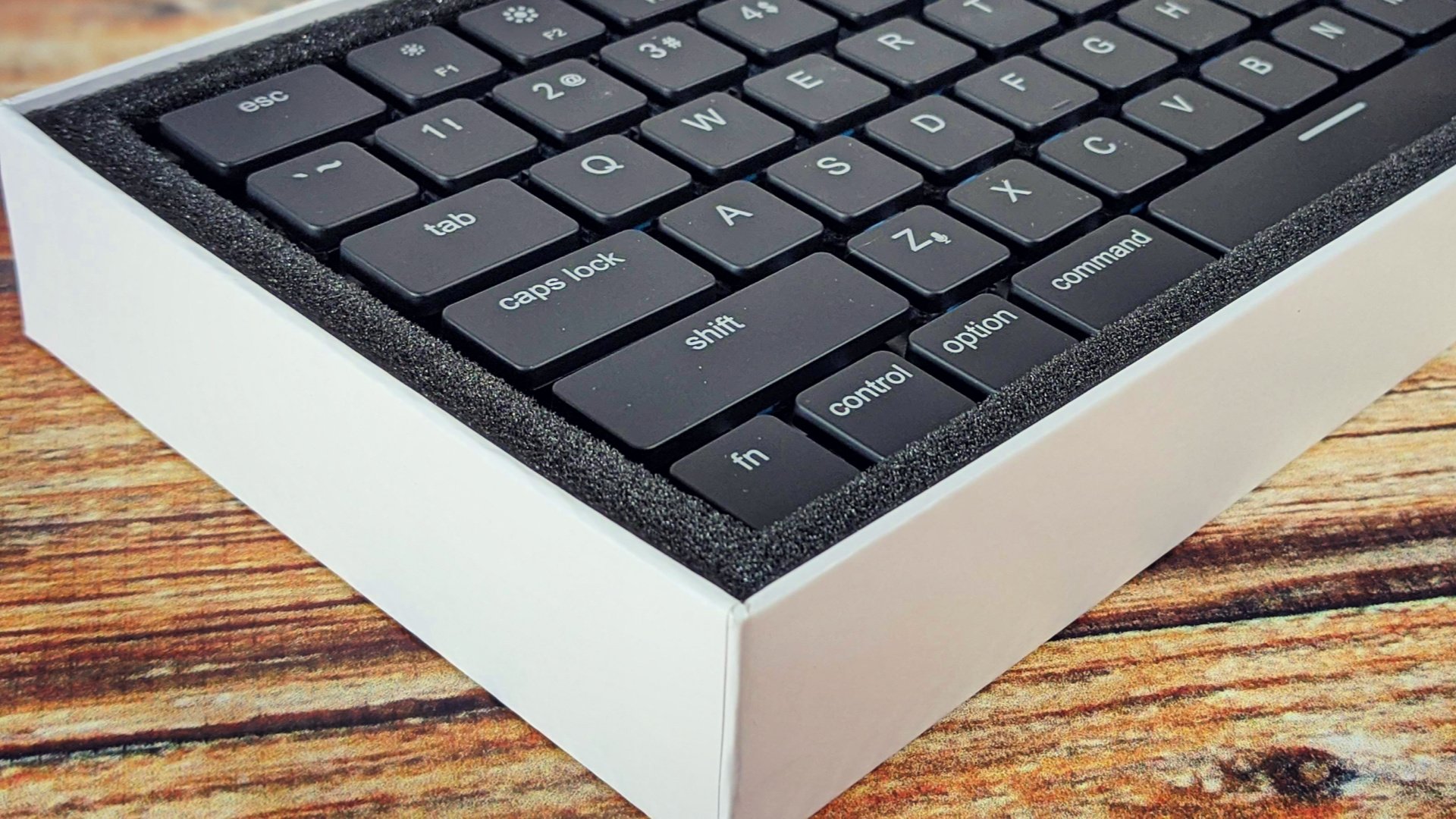 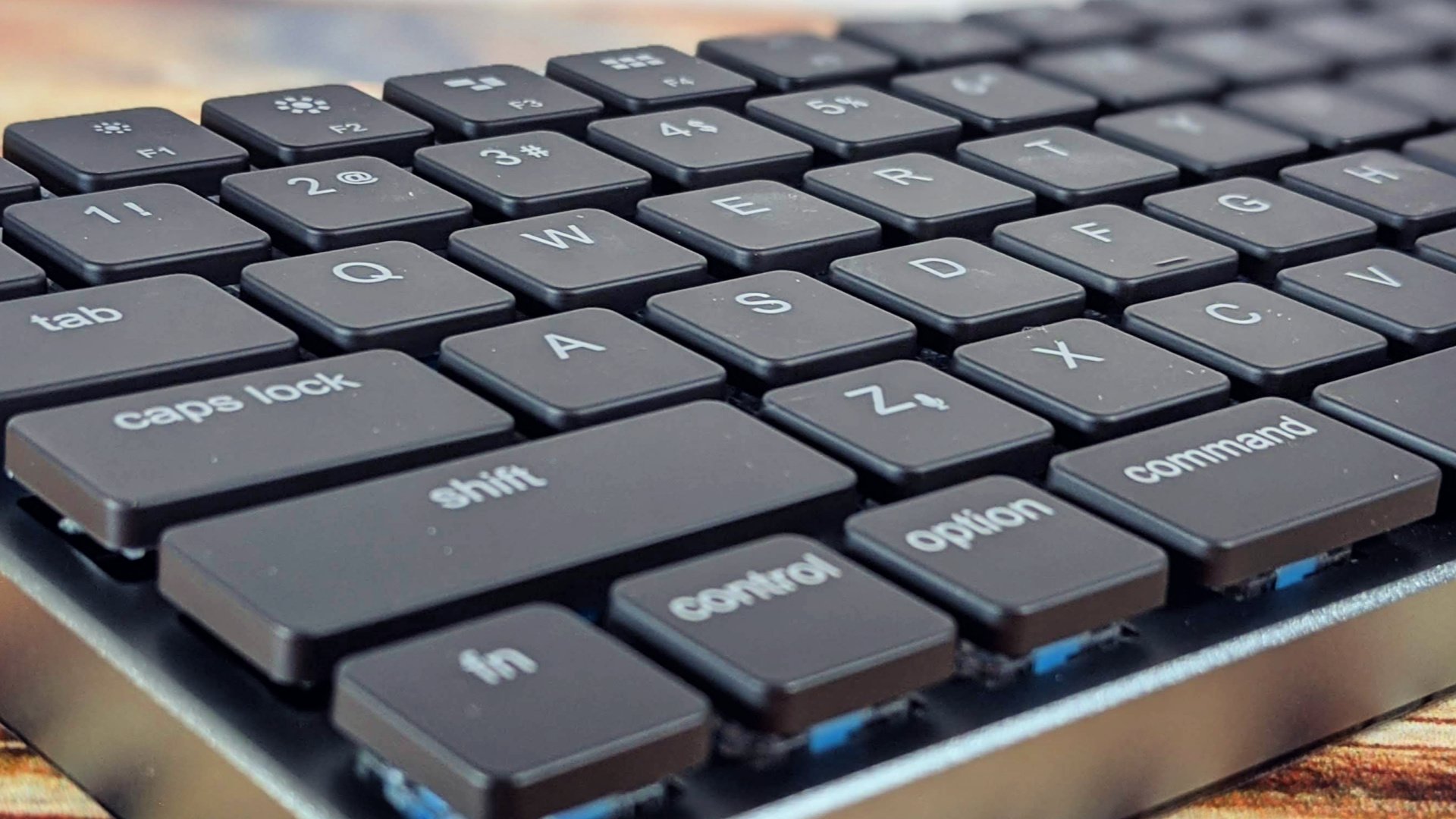 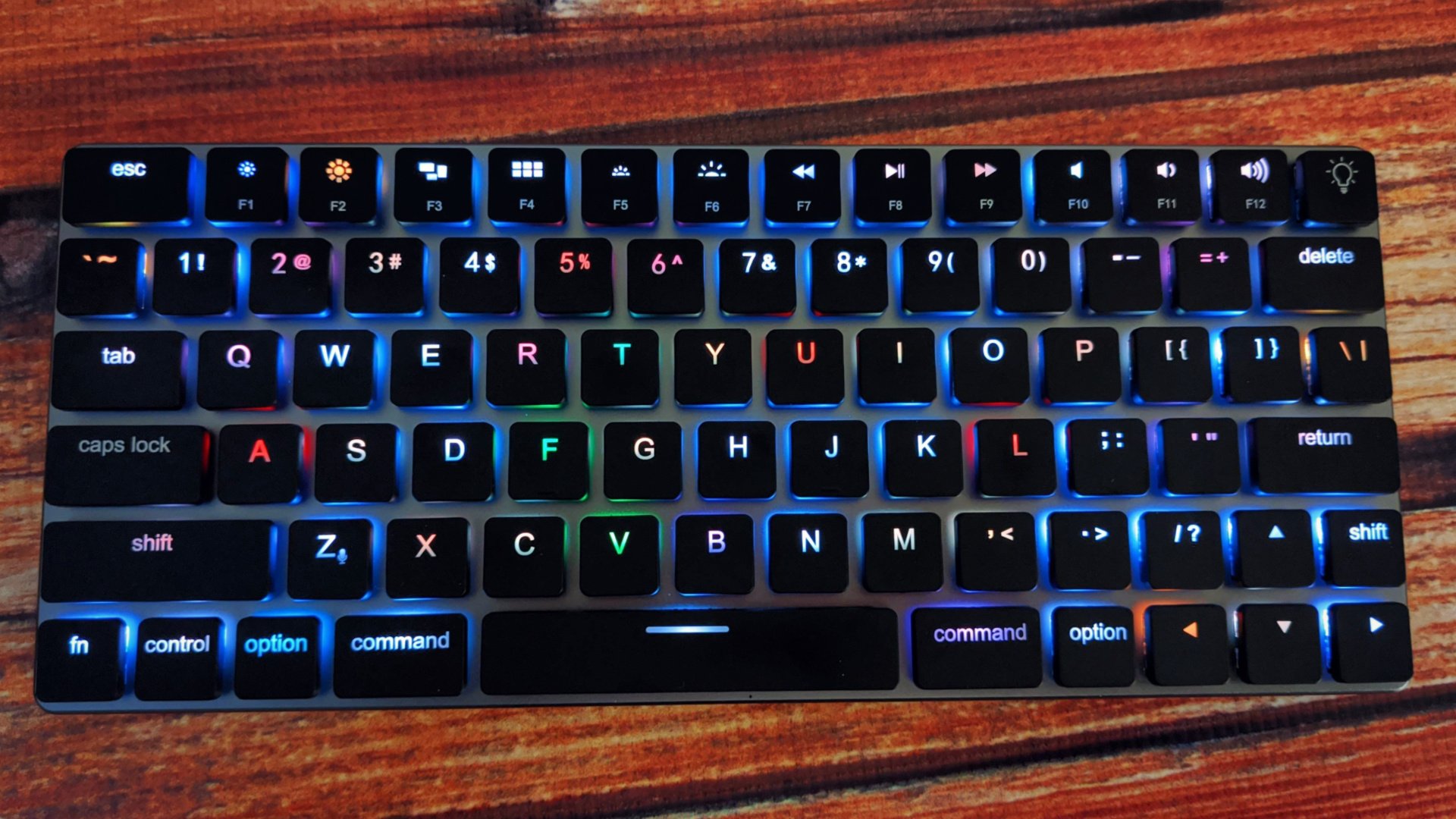 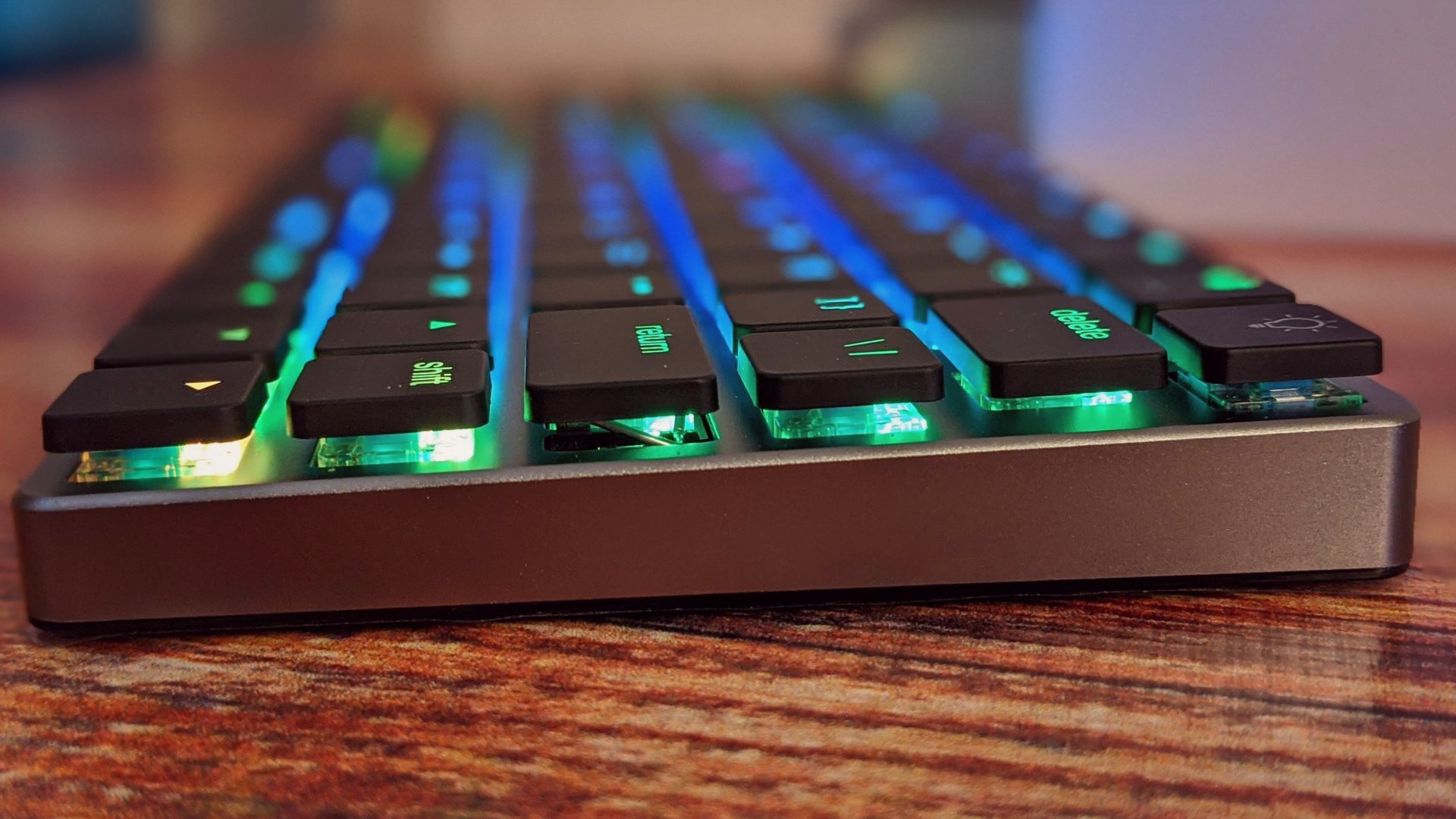