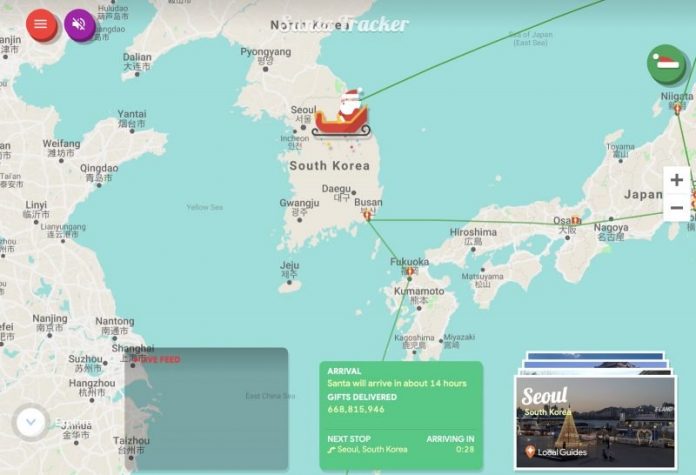 MacRumors readers with children who still believe in Santa Claus may be interested to know that Google today launched its annual Santa tracking feature, allowing Santa to be tracked in real time on his journey to the North Pole as he prepares to deliver presents to kids around the world.

Google has provided its Santa tracking feature for a total of sixteen years now, giving children around the globe access to a little digital magic.

Santa can be tracked using a web browser on iPhone, iPad, or Mac by visiting Google’s official Santa Tracking website. The site offers up a live map of Santa’s current location, his next stop, a live video feed of his journey, and the estimated time that he will arrive in each specific location.

The Santa site provides pictures of locations that Santa has already visited, a live count of gifts that have been delivered, and Santa’s current distance from your location. There are also a selection of games to play and videos to watch.

Other Santa tracking services are also available, such as the NORAD Tracks Santa Claus app and website, but Google’s site is often the most interactive and detailed.