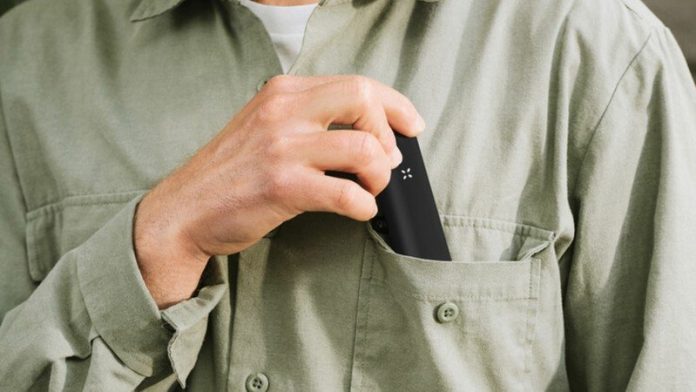 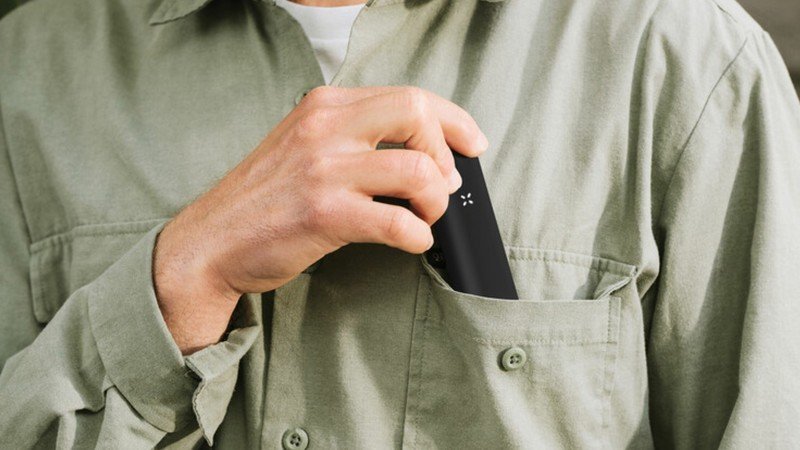 To vape or not to vape, that is the question, especially if you are a medical cannabis user. As mysterious illnesses caused by vaping made headlines, and a few unfortunate souls lost their lives, medical cannabis users were left wondering whether they would be swept up in the anti-vaping hysteria. Unfortunately, some crucial tools were taken away from medical users, while confusion about the difference between vaping and e-cigarettes, oils and flower vapes, and THC and nicotine vaping persists.

In fact, whether or not you should be vaping as a medical cannabis user is an easy question. Surprisingly, the answer is yes… if you are talking about so-called “dry flower” vaping. With this form of vaping, cannabis flowers are ground like coffee then placed in a small, battery-powered heating tool, like a tiny oven stuck on an iPod. 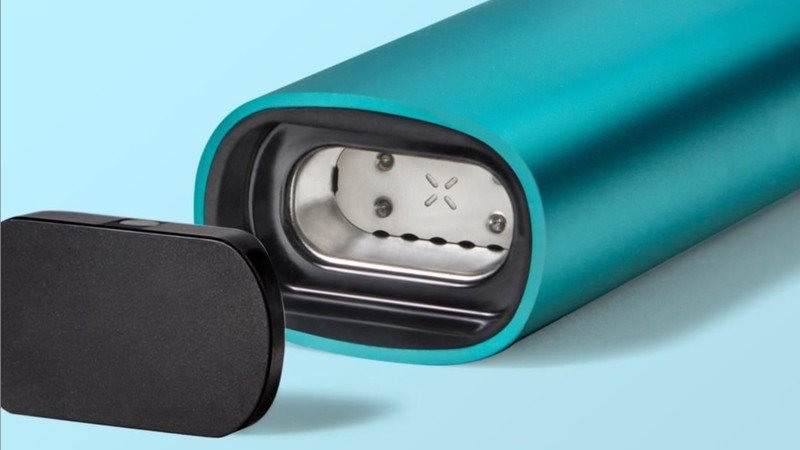 The oven is heated to around 350 degrees and the flower begins to give off vapor. The cannabinoid THC in cannabis flower begins to steam at around 314 degrees Fahrenheit. CBD will vaporize close to 350 degrees. According to research from Dr. John McPartland from the University of Vermont, most of the desirable compounds in cannabis vaporize around that temperature. At 392 degrees the compound Benzene begins to vaporize, and that is a carcinogen, while cannabis combusts and turns to smoke just below 450 degrees. Vaporizing exposes cannabis patients to fewer harmful chemicals, especially in lieu of smoking.

Dr. Jordan Tishler, President of the medical Association of Cannabis Specialists, says on his inhaleMD site that “Using the whole cannabis flower … is the safest and most recommended option for your vaporizer.” Tishler advised against using vape pens long before the latest scare, as he claims vape pens use “added ingredients, whether glycols like PEG or PG” that “can convert when heated into nasty chemicals.” The CDC reports that an additive vitamin E acetate was found in ALL of the samples that came from patients with e-cigarette vaping use associated lung injury (EVALI). When vaping cannabis flower, there is no need for additives, so none of these patients was only using dry flower. All of them were using some form of vaporized liquid. 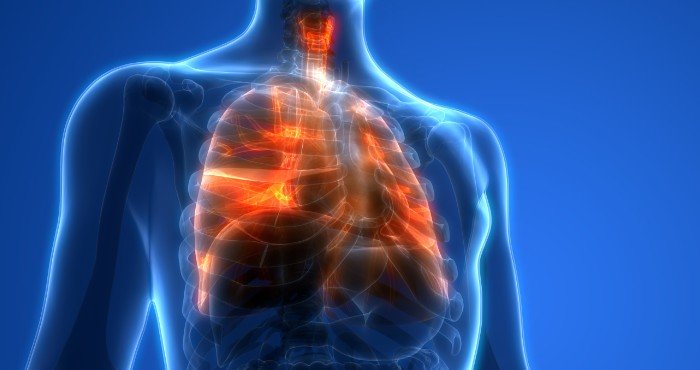 In other words, there does not seem to be any reason to ban vaping products that produce vapor from the cannabis flower. In fact, the two processes are so different in their use and their retail appeal that it seems like dry flower vaping was only swept into the current ban conversation as an unfortunate result of nomenclature. Jordan Sinclair, VP of Communications for Canopy Group, the parent company of vaporizer-maker Storz & Bickel, agrees. With dry flower vaporizers, “it feels like they’ve been lumped in inaccurately with another group of devices.” In other words, if it weren’t called “vaping” nobody would be worried about this method of consumption.

The harmful Vitamin E acetate called out by the CDC has been found in both THC and nicotine vaping products, and because of the unregulated nature of these products, it’s hard for the government to step in and take control. If Apple wants to ban apps related to products that have actually been associated with EVALI problems, that would be understandable. However, cannabis flower has never been implicated by the CDC or FDA. Neither have dry flower vaporizers.

“Storz and Bickel is a medically approved device, it’s got a 20-year long track record, a sterling safety record; there have never been patients who have fallen ill from using these devices. They’re actually approved by multiple federal governments around the world as medical devices,” said Sinclair. 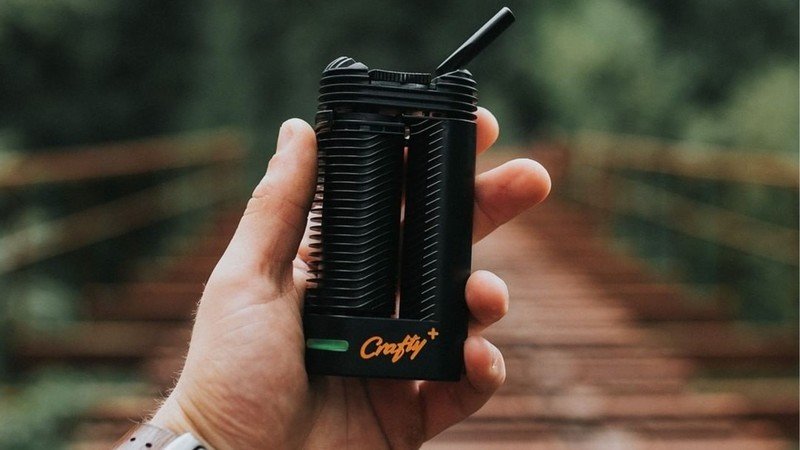 One company that is worried is Apple. Apple has banned all apps related to vaping from the App Store. Previously the company had stopped accepting new submissions for vaping-related apps, but now the apps themselves are disappearing. If you had downloaded an app for the Pax 3 vaporizer, or the Storz & Bickel Crafty vaporizer, you can re-download the app, according to Pax. However, if you buy one of those products today, you will not be able to find the associated app on the Store. That is a significant problem as these devices cannot be used properly without app support.

“they’ve been lumped in inaccurately with another group of devices”

Google has not banned vaping apps yet. Google does have restrictions on apps that feature marijuana, but these restrictions have to do with selling or ordering marijuana, not vaping it. In fact, there are more restrictions on alcohol, as alcohol cannot be depicted in any way that would appeal to minors or encourage irresponsible behavior, like chugging contests. As for vaping apps, both Storz & Bickel and Pax apps are both currently available for download on Google Play, and both apps have received updates in the last month, so they are certainly being supported.

This isn’t the first tme there has been some imbalance in app store bans between the platforms. The social app Tumblr was briefly banned from the Apple App Store and it was later revealed that the photo-rich social network had become an unwitting tool of child pornographers. The app never got the boot from the Google Play Store, however. As part of Tumblr’s rehabilitation to return to iOS, the service decided to ban pornography from its network altogether.

Google has also taken a harsh stance at times. The app Gun Deals is currently available on the Apple App Store and Amazon’s app market, but not through Google Play. Gun Deals allows users to post information about where to find the best deals on guns and ammunition. In lieu of a link to the Google Play Store, the Gun Deals site sends an .apk file download and gives instructions on how to turn off the restriction on installing apps that did not come from Google Play.

There is no good reason to ban apps that are required to control flower vaping devices. If the ban was about the illegality of using cannabis under federal law, this would be a different discussion, but that has never been the reason Apple has given.

Medical cannabis patients shouldn’t be denied access to their medication because of toxins found only in unrelated liquid vaping products. These flower vaping gadgets are costly and bricking a device always hurts, but it hurts more when it’s a device you rely upon to alleviate your pain.