The LG G8 doesn’t get as much attention as the rest of the Android flagships released in 2019, but that doesn’t mean it isn’t worth your time. It was one of the first phones to ship with the Snapdragon 855 chipset, and has two capable cameras and clean Android software. It’s even starting to receive the big Android 10 update.

Right now for Cyber Monday, you can get it on sale for an incredibly affordable $399. For that money, it’s pretty tough to resist.

Incredible deal on a Snapdragon 855 flagship

The G8 is a competent flagship with capable face unlock, dependable battery life and an impressive dual rear camera array. And now it’s available at its cheapest price yet!

The G8 has a clean and minimal design with a great balance of both old and new tech. You won’t find an in-display fingerprint sensor on the G8, despite launching around the same time as the Galaxy S10, but I actually prefer its more traditional rear-mounted fingerprint sensor. You get a tactile feel for where your finger should go, and you can swipe down on the sensor to pull down your notification shade — something I miss every day on newer flagships.

You also still get a 3.5mm headphone jack, backed by LG’s incredible Quad DAC that makes the G8 one of the best phones you can buy for high-fidelity wired audio. There’s an impressively loud speaker under the display as well, and you get a microSD slot for holding media like music and movies. 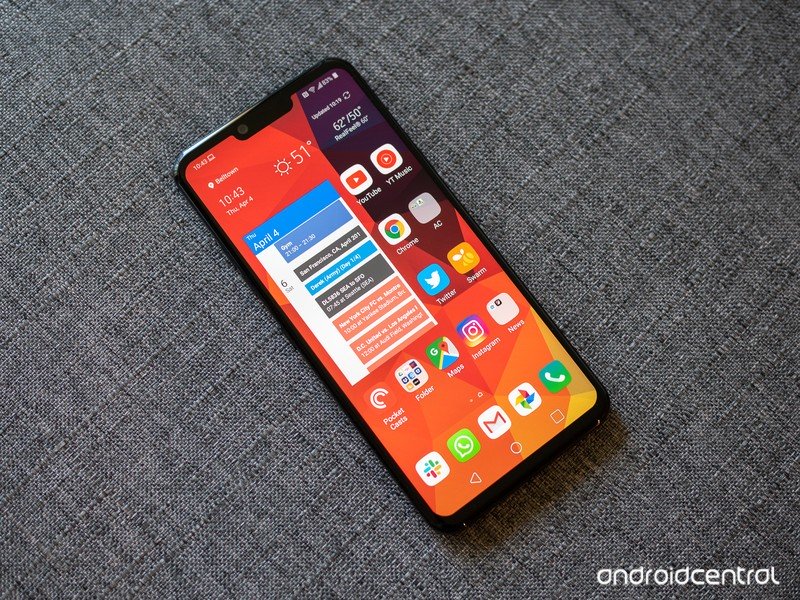 That display is pretty great, too. It’s a 6.1-inch OLED panel with great color reproduction that’s a bit less saturated than Samsung’s displays (in a good way, if you ask me), and with tight bezels the G8 still manages to feel relatively small and compact.

The G8 gets a lot of flack for its poorly executed motion gestures, but that’s far from the only aspect of its software. You get speedy Android 9 software — or if you’re one of the lucky ones who’s already receiving the latest update, Android 10 — with Amazon’s Alexa voice assistant built in.

There’s a lot to love about the LG G8, and with an unheard of 53% discount for Cyber Monday, now’s about as good a time as any to buy one.