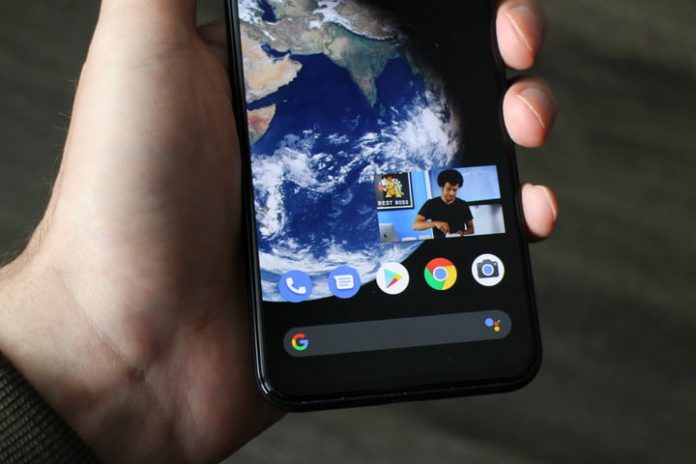 YouTube is massive. According to recent statistics, the internet video database sports over 5 billion videos and hosts 2 billion users a month. As such, it’s fairly likely you’ve used your smartphone to watch a YouTube video. You might even be a dab hand at watching YouTube videos — after all, you just open the app, search for a video, tap it, and sit back. But even for the most experienced, there are probably YouTube app features you’ve missed or have skipped over in your haste to watch the latest upload from a favorite creator.

So whether it’s adding videos to a custom playlist, streaming to a TV, or limiting your YouTube usage, here are some of the best YouTube tips and tricks you might not have known about.

“Picture-in-picture” may sound like a bizarre modern art exhibit, but it’s just the name of the feature that allows YouTube to play in a small, resizable window. This window persists while you do other things on your phone, allowing you to keep watching while you send messages or browse social media. It’s a great little innovation, and if you have the ability to use it, you absolutely should.

We say that because not everyone gets YouTube’s picture-in-picture mode. If you’re in the U.S. — congratulations, you get to use it, provided you’re using a phone running Android 8.0 Oreo or newer. If you’re elsewhere in the world, you’ll need to be a YouTube Premium subscriber to use it.

Streaming to a Chromecast, Fire Stick, or other streaming device

Watching YouTube on your phone is great, but some content deserves a larger screen. If you own a Chromecast, Amazon Fire Stick, or smart TV then you can watch your YouTube content on a big screen without too much hassle.

To stream from your phone’s YouTube app, simply open YouTube and tap the Cast to icon at the top of the screen. It looks like a square with a wonky Wi-Fi symbol at the bottom-left corner, and should be found next to the Search and Record icons. After selecting your device from the box that opens, simply select the video you want to watch and it’ll pop up on your TV.

Not seeing the option to cast? Or is your device not showing up in the list? There are a couple of troubleshooting steps you can take.

Interested in other stuff you can do with streaming devices? Check out our list of Chromecast tips and tricks.

How to stop seeing specific channels and videos

With billions of videos, there’s bound to be some content you don’t want to see. Whether that’s just a particularly annoying creator or an ex you’d rather not be reminded of, there’s a way to stop certain videos from showing up in your YouTube feed.

If there’s a specific video you don’t want to see — for instance, if you have absolutely no interest in a topic — then tap the three dots icon to the right of the video name and tap Not interested to tell YouTube you’re not interested. That data will feed into YouTube’s algorithm and should tighten up its accuracy. If it’s a channel you don’t want to see, tap the same three dots and select Don’t recommend channel. YouTube will then stop recommending that channel to you altogether — though you’ll still be able to find it in YouTube search.

Be careful what you select with this option though, as there’s no easy undo option. If you want to remove a Not interested and Don’t recommend channel selection you can only do so by clearing all entries at once. To do that, you’ll need to go to My Activity on your Google account. Then go to Other Google activity either on the left or under the My Activity banner. Select YouTube ‘Not interested’ feedback > Delete.

Playlists are a great way to bunch together a group of related videos. Maybe it’s a playlist for the kids, woodworking reference videos, or just the dumbest memes you could find — no matter what it is, you can create a playlist for it.

To create a playlist, open YouTube and tap the Library button in the bottom-right. Then scroll down and select New playlist. You’ll then be asked if you want to add videos from your previously viewed videos, but you don’t have to. Name your playlist and choose whether it can be found through YouTube search (Public), viewable only to those with the link (Unlisted), or private to just you (Private). Tap Create and you’re done.

It’s also worth noting that every YouTube account has access to its own private Watch Later playlist, and you can use this to quickly save videos to watch later. Instead of tapping Save to playlist like a normal playlist, you can just tap the Save to Watch Later option above it to quickly add a video. You can find your Watch Later list in your Library, like other playlists.

Seeing your stats, setting limits, and getting reminders

Did you know YouTube has a stats page? Head to the right area of the app and you can see how much YouTube you watch on average, and which days you’re most active. Just tap your profile picture in the top-right and select Time watched to see your stats.

But the Time watched section isn’t just about stats — it’s also home to the tools that allow you to limit your YouTube with restrictions, or supercharge it to new heights. Scroll down from your stats and you’ll see the Tools to manage your YouTube time. Underneath this you’ll find your first time-limiting tool: Remind me to take a break. When enabled, YouTube will remind you to take a break after a set period of watching videos.

On the flip side, if you’re looking to watch more, flicking on Autoplay next video will let YouTube play a recommended video once your current one finishes. Scheduled digest sends you a daily digest at a set time so you can get your daily fix.

Enabling Incognito mode and removing videos from your Watch History

It’s easy to get attached to your YouTube recommendations. You’ve spent a long time watching videos and sharpening the algorithm, and the last thing you need is for an afternoon of watching videos with your young cousin to change your YouTube feed entirely. That’s why Incognito mode exists.

If you’ve already watched videos you’d rather not remember, well, you can delete those from your Watch History and stop YouTube from recommending similar videos. Tap on the Library icon at the bottom-right, then tap History. Find the video you want to remove, then either swipe it to the left until the red Remove button appears, or tap the three dots in the top-right of the video and tap Remove from Watch history.