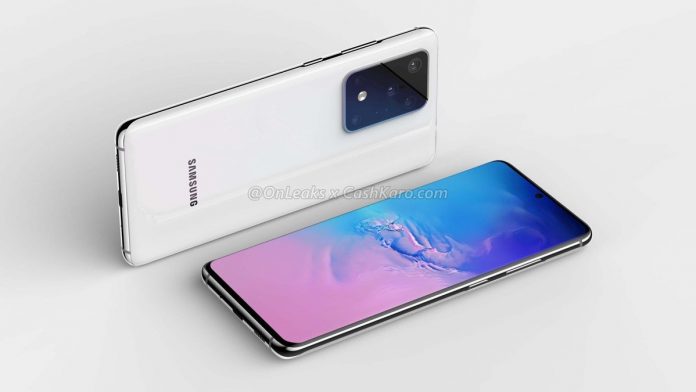 Samsung aims to usurp Apple’s iPhone camera supremacy next year with a massive overhaul to the cameras on its flagship phones, reports Bloomberg.

Its upcoming Galaxy S11 will sport a 108-megapixel sensor for the main camera — versus the iPhone 11’s 12 — flanked by three more on the back of the device including an ultrawide-angle lens and 5x optical zoom, they said. The marquee device will also adopt a time-of-flight sensor for depth detection similar to one already in the Note 10+, a feature that can aid portrait photos and augmented-reality applications, the people said, asking not to be identified discussing specifications that haven’t been made public.

The high-resolution sensor and 5x zoom camera will also feature in its second Galaxy Fold device, which is expected to be unveiled in February, around the same time as the launch of the Galaxy S11 launch, according to Bloomberg. Affiliate Samsung Electro-Mechanics Co. developed the 5x zoom module, which went into production earlier this year.

The arsenal of lenses planned for the rear of the S11 are said to be a key part of Samsung’s bid to outshine Apple in next year’s smartphone stakes, with 5G connectivity and foldable devices forming the other core pillars of its head-start hardware strategy. Apple’s next generation of flagship smartphones aren’t expected to arrive until several months later in the fall.

Apple made major changes to the rear camera system in the 2019 ‌iPhone‌ lineup with the new triple-lens setup of the iPhone 11 Pro and Pro Max, and 2020 is expected to bring even more camera improvements.

The camera is said to be able to scan areas up to 15 feet from the device. Apple’s front-facing TrueDepth camera uses similar 3D technology but because it’s infrared and not laser-powered, it only works at distances of 25 to 50 centimeters.

Apple plans to release an all-OLED lineup in 2020 consisting of 5.4-inch, two 6.1-inch, and 6.7-inch models in the second half of the year, according to the latest prediction from analyst Ming-Chi Kuo.

Ray-tracing and other sleek improvements.What you need to knowMarvel's Spider-Man: Miles Morales was recently shown off in a PS5 games
Read more