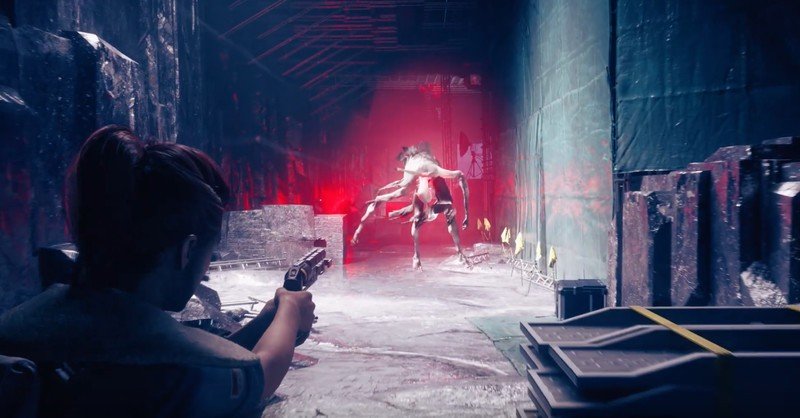 No Alan Wake yet.

Remedy unveiled the first of its DLC for the award-winning 2019 hit Control at the Game Awards Thursday night.

Control: Expeditions is the first part of the company’s previously-announced DLC roadmap to get footage, and luckily for players, it’s available now free for anybody with the game.

The announcement coincided with a blog post that showed up on Remedy’s website with all the details players want to know.

First of all, Expeditions is a free expansion for all players that you can unlock towards the end of the game. As Jesse Faden, you’re tasked with exploring a new area of the Black Rock Quarry and completing challenges. There will be four
“islands,” each with a timed challenge.

To get to it, you need to complete the “My Brother’s Keeper” mission. You can then pick up a Jukebox token in Central Executive after a conversation with security’s Arish. If you ever found the Jukebox right off of Central Executive during the game and wondered what secrets it was hiding (like all the other Altered Items), this is it.

You can complete the missions given out by the Jukebox as long as you have a Jukebox token. You can pick these up by completing Bureau Alerts, Board Countermeasures, and by defeating difficult named enemies.

The trailer, which aired as a commercial for The Game Awards, also revealed that the first paid DLC, called The Foundation, will be available March 26, 2020.