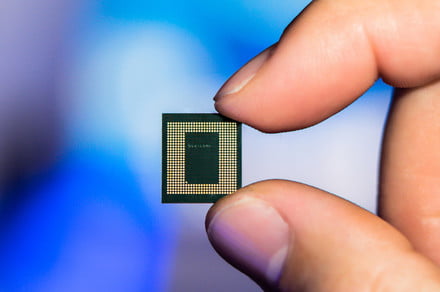 Qualcomm unveiled the new Snapdragon 865 mobile platform at its annual Snapdragon Summit, and we now finally have a better idea of exactly how the platform will perform. I was able to test the platform in a Qualcomm reference device, including putting it through a range of benchmark tests, and it’s clearly an upgrade over last year’s Snapdragon 855.

Before diving into actual scores, it’s important to note a few things. The Snapdragon 865 actually has a performance mode, allowing it to offer more raw performance when enabled. Smartphone manufacturers, however, have to enable this mode, and it’s unlikely many will do so. Why not? When performance mode is enabled, it has an impact on battery life, and considering the actual performance improvements won’t be all that intense, it seems like the battery savings are worth keeping, though some niche phones might opt to offer it.

It’s also important to note the specs of the reference device. Alongside the Snapdragon 865, the device was equipped with 12GB of RAM, 128GB of storage, and a display with a 2,880 × 1,440 resolution. That’s pretty much the level of power we expect in 2020’s flagship phones.

On AnTuTu, the Snapdragon 865-powered reference device scored an impressive 556,281 without performance mode, and a slightly higher 564,970 with performance mode enabled. That’s quite a bit better than the Snapdragon 855-powered Google Pixel 4 and Samsung Galaxy Note 10 Plus, which clocked 412,619 and 358,160, respectively. It even tops the iPhone 11 Pro’s Apple A13 Bionic chip which reached 455,778.

Artificial intelligence has been a major focus for Qualcomm over the past few years, and while AnTuTu isn’t necessarily the most accurate measurement of A.I. performance (in much the same way that performance benchmarks aren’t 100% representative of a phone’s real-world capabilities, the device still scored quite well in this benchmark. Clocking 468,516 with performance mode disabled, that’s more than double the 196,427 score we got on the Note 10 Plus. Qualcomm’s emphasis on A.I. performance seems to be paying some serious dividends here, at least according to these benchmarks.

Generally speaking, it’s clear that the Snapdragon 865 performs far better than the Snapdragon 855. While some 865-powered phones may not perform quite as well as the reference device, particularly those with less RAM, they should still far outperform 855-powered devices. Over the years, Apple has one-upped Qualcomm chipsets in raw performance with the introduction of the newest iPhone models and the latest A-series chips built for them, and it seems Apple may be poised to do so again, though A.I. capability and 5G performance may be battles Qualcomm can win this year.