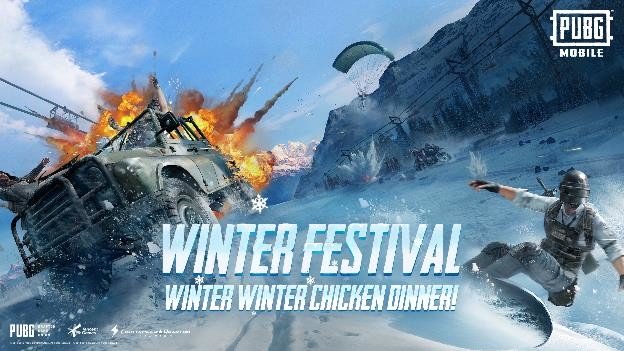 Celebrate the start of winter with some vehicular combat and much more!

You can check out the full 0.16.0 patch notes which details everything newly added or updated in the game, but I’ll break down the most important updates below. 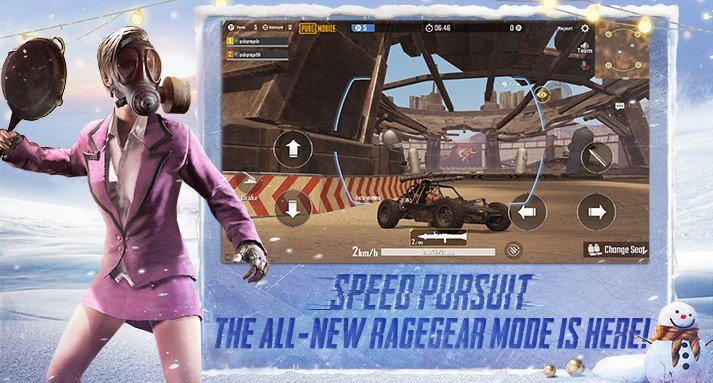 First up is the RageGear mode, which continues to expand the unique ways you can play PUBG Mobile beyond the classic Battle Royale mode. This is a team-based mode focused on vehicles with each player designated as either a driver or a shooter and assigned to vehicles in pairs.

Each vehicle is installed with a powerful weapon — either a Gatling, mounted shotgun, or a mounted RPG — which fire automatically when the driver points the vehicle towards an enemy. The designated shooter chooses between an RPG, grenade launcher, or heavy machine gun and can fire freely at enemies. Players swap roles any time the vehicle is destoryed.

RageGear actually offers two modes to play: a more traditional team deathmatch mode where you get a point for every vehicle destroyed with teams battling to hit the target score first, and Pick Up Mode which tasks teams with collecting Points Crates scattered around the RageGear map.

It feels like a mix between Twisted Metal and Mario Kart Double Dash and I’m all for that. You can find it in the EvoGround tab under the PlayLab section. Another interesting feature included with the update is… freestyle snowboarding?

Yes, if you queue up to play on Erangel in Classic mode, you have a chance at entering the Snow Paradise. Each player will be equipped with a snowboard on the drop plane which you can use on three mountainous areas on the map. You use your snowboard on the snow-capped hills the same way you would enter and exit another vehicle in the game.

There are even ski lifts available to take you back up to the top of the map, but be aware that there’s still a Battle Royale raging around you, so don’t get too caught up having fun on your board or you’ll be eliminated from the game.

The Snow Paradise mode pops up randomly so you may need to try a couple times before you get to test it out. You’re unable to shoot while snowboarding, leaving you completely open to sneak attacks so be aware of that.

Other notable game updates from the patch notes include: 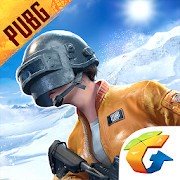 The Apple Watch Series 3 is still a great smartwatch and right now you can snap one up for $30 less than usual.
Read more
News

Save $100 on the fantastic Dell G3 15.6-inch gaming laptop and enjoy your favorite games like never before
Read more
News

The Apple Watch Series 3 is still a great smartwatch and right now you can snap one up for $30 less than usual.
Read more

Save $100 on the fantastic Dell G3 15.6-inch gaming laptop and enjoy your favorite games like never before
Read more