Home News Oppo sees a smartwatch, a chip, and an under-screen camera as part...
News

Oppo sees a smartwatch, a chip, and an under-screen camera as part of its future 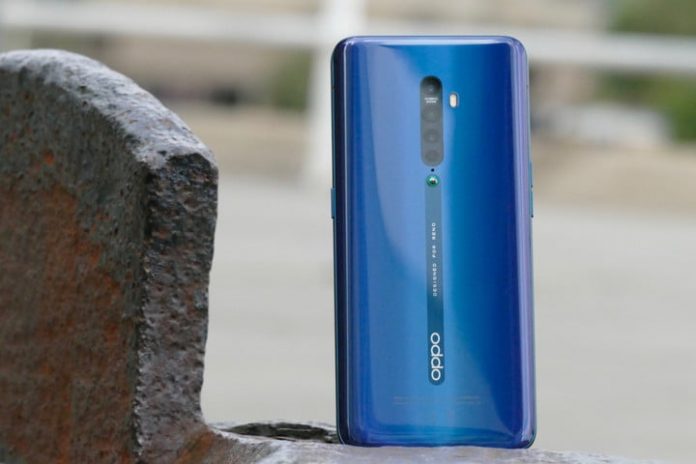 Chinese mobile device company Oppo has big plans for 2020, and has started revealing several of them at its Innovation Day event currently underway in Shenzhen, China. During the keynote presentation, Oppo confirmed the arrival of the company’s first smartwatch, showed off an under-display selfie camera on a smartphone, and teased the arrival of an Oppo-produced processor.

Details are still slim, but here’s what we know so far.

Oppo will release a smartwatch early next year, and has teased the wearable during the Innovation Day event. The company has not given much away, apart from a shadowy teaser image and the news it will be released during the first three months of 2020. It’s not the first time Oppo has talked about a smartwatch either, and in August 2019 Shen Yiren, the company’s global vice president, also mentioned plans for a smartwatch in 2020.

This is the first time the company has shown a teaser image though, and it appears Oppo plans a rectangular-faced watch which looks close to the design of the 2015 Asus ZenWatch, as well as the Apple Watch. This isn’t a bad thing, as when it was released the ZenWatch was one of the best looking smartwatches available at the time. Whether that day has passed, now that the Apple Watch is commonplace, remains to be seen. We don’t know whether Oppo will choose Google’s WearOS for its watch, or if it will develop its own software. If it intends to launch the watch in China as well as internationally, it may opt for its own platform, in the same way as Huawei and Xiaomi.

First talked about in June, Oppo has now shown off a prototype smartphone with an under-screen camera. It has called the technology a “Perspective Panoramic Screen,” and it avoids the need for a notch, hole-punch, or a pop-up selfie camera. This way, larger, edge-to-edge screens will be easier to implement, while device water resistance can be maintained, too.

The image above shows that the camera module is still visible under the screen, but this is dependant on the colors shown on the display at the time. The darker the screen, the less it’s visible. The technology is still a work in progress, and there is no indication of when it may arrive on a phone we can buy.

Oppo VP of research, Liu Chang, spoke in an interview during Innovation Day about the company’s future plan to make its own chips. Rumored to be known as the M1 family, the chip may start off in life as a co-processor, rather than a direct challenger to Qualcomm’s Snapdragon or Huawei’s Kirin processors. It already produces the chips needed to operate the exceptionally fast VOOC charging system.

If the M1 starts out as a co-processor, or at least not a system-on-a-chip to power a phone, it may be closer to Huawei’s Kirin A1 used in smartwatches and other smart wearables. The M1 is apparently being developed with assistance from both MediaTek and Qualcomm, however there is no current information on when it will be ready for announcement.

Oppo is the number three smartphone brand in China by market share, according to recent research, and it also sells its mobile devices in Europe, the U.K., India, and throughout Asia.