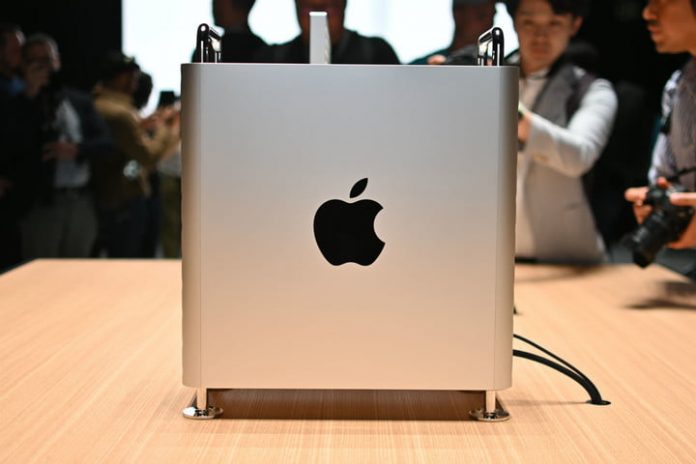 It’s only been a few days since Apple launched the Mac Pro, but already the world has ogled it, scrutinized it, analyzed its value, guessed its performance, and so much more. But what very few people have done is review it — so how do we know if it’s any good?

Fortunately, three people have got their hands on Apple’s most powerful machine and put it through its paces. Popular YouTubers Marques Brownlee, Jonathan Morrison, and iJustine — with almost 19 million subscribers between them — have all put the Mac Pro under the microscope and shared their thoughts.

Wondering if Apple’s latest and greatest is any good? Here’s the lowdown.

When you’re spending a serious chunk of cash on a computer like the Mac Pro, performance needs to be top notch. Fortunately, that seems to be the case, with both Jonathan Morrison and Marques Brownlee being blown away by what the Mac Pro was capable of.

For instance, when Brownlee benchmarked the Mac Pro in Geekbench, he said its score was “the highest I’ve ever seen on any computer.” Morrison, too, was impressed with the Geekbench results he saw in his tests, describing the machine as “putting in work.”

Brownlee also took a look at the SSD read and write speeds, which is something Apple’s computers have always excelled at. Things were no different in the Mac Pro, with Brownlee’s results showing over 2.7GHz per second transfer speeds — in his words, “hilariously fast.”

What about video rendering? This was something Apple designed the Mac Pro to be good at, and if you’re a video editor it’s likely you won’t be disappointed. Brownlee pointed to his earlier reviews of the MacBook Pro 16 and iMac Pro, which rendered a test clip in 20 minutes and 12 minutes respectively. The Mac Pro, however, did it in just over four minutes — that’s less than the length of the five-minute clip itself.

Having power is one thing, but if it sounds like your computer is a jet plane about to lift off, that’s going to be a problem. But this is another area where the Mac Pro apparently performs very well, with Morrison explaining in his review: “Certain things won’t necessarily translate through video, like the fact that this machine does not make a sound, even with every core lit up at nearly 100%, which is bananas… It’s pretty ridiculous how quiet everything is with every single core just full flex… To keep that clock [3.1GHz on 28 cores] with no noise is really impressive.”

Brownlee, too, commented on the quietness, saying that in a normal office environment, his hard drives made more noise than the Mac Pro. That’s thanks to many of the components being passively cooled (something helped by the “cheese grater” design of the chassis), as well as the super-quiet fans at the front of the device.

Speaking of the cheese grater look, all three reviewers commented on it. For iJustine, the was “no way around” the fact that it resembles the familiar kitchen implement, but she still admitted that she loved the look. Overall, she felt the Mac Pro was “beautiful.”

Morrison, meanwhile, admitted he at first thought the cheese grater design was a joke on Apple’s part in reference to the similar front panel on the old Power Mac G5. But with the Mac Pro sitting in front of him, he said he felt it looked “pretty good.”

When Brownlee turned to the front-panel design, he praised its “tight tolerances” and lack of “unnecessary gaps,” saying he felt it had a clean look and was “built really well.” However, he was concerned about the potential for dust to creep in since there are no dust filters in front of or behind any of the Mac Pro’s fans. “I like that it doesn’t intake any air from the bottom,” he added. “That means I can put it on any carpeted surface and be fine — but we have to keep an eye on dust that might eventually make its way into the machine and affect thermals.”

What about the Pro Display XDR?

Any hands-on look at the Mac Pro would be incomplete without spending some time talking about Apple’s Pro Display XDR monitor. After running through its specs (“bananas”), Morrison admitted that he was probably just as excited about the Pro Display XDR as the Mac Pro itself, if not more so. He described it as “really well built,” explaining it almost felt like looking at an augmented reality render at an Apple keynote. He was also impressed with some of the smaller things — the power cable for the Pro Display XDR, for example, didn’t have a “giant Cybertruck-sized brick, it is just one cable and that does everything, which is incredible.”

Elsewhere, iJustine pointed to the matte “nano-texture” coating as a particular highlight. “I shoot a lot of videos and I’m always shooting my screen, so to be able to have a matte screen with almost zero reflections is going to be amazing,” she explained.

Both iJustine and Morrison were impressed with the process of mounting the Pro Display XDR to its Pro Stand, almost to the point of being taken aback. The two devices connect using super-strong magnets, which guide the display into place and hold it securely when it’s rotated or adjusted.

There were a few other elements of the Mac Pro that Brownlee wanted to discuss. The first was the inclusion of dual 10Gb Ethernet ports on the computer, which he described as “really useful,” explaining that it catered for both his super-fast internet and a connection to his Jellyfish drives where he edits his videos.

He wasn’t totally impressed with the Mac Pro’s connections, though, especially when it came to the USB-A ports. The Mac Pro only has two of these on the outside of the case, which Brownlee felt wasn’t enough for a lot of Mac Pro users who still use legacy peripherals and haven’t totally switched over to USB-C yet. He also bemoaned the lack of an SD card reader, which left him having to rely on a dongle.

Overall, though, all three reviewers were impressed with the Mac Pro. Brownlee described it as “one of those tools I’m just excited about as a creator,” while for Morrison it is “beyond what most of us need,” and he struggled to push it to its limit after two weeks of testing.

So, if you’re the type of high-end creator that Apple is aiming for with the Mac Pro, the likelihood is you’re going to be very happy with it. As long as you don’t mind paying through the nose for it, of course — but then, you’re never going to get this kind of performance on a budget, are you?