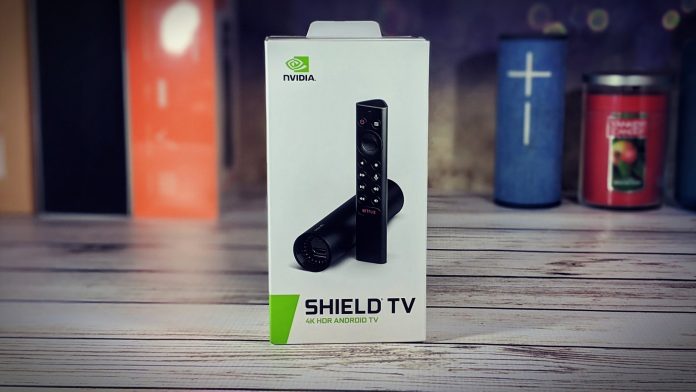 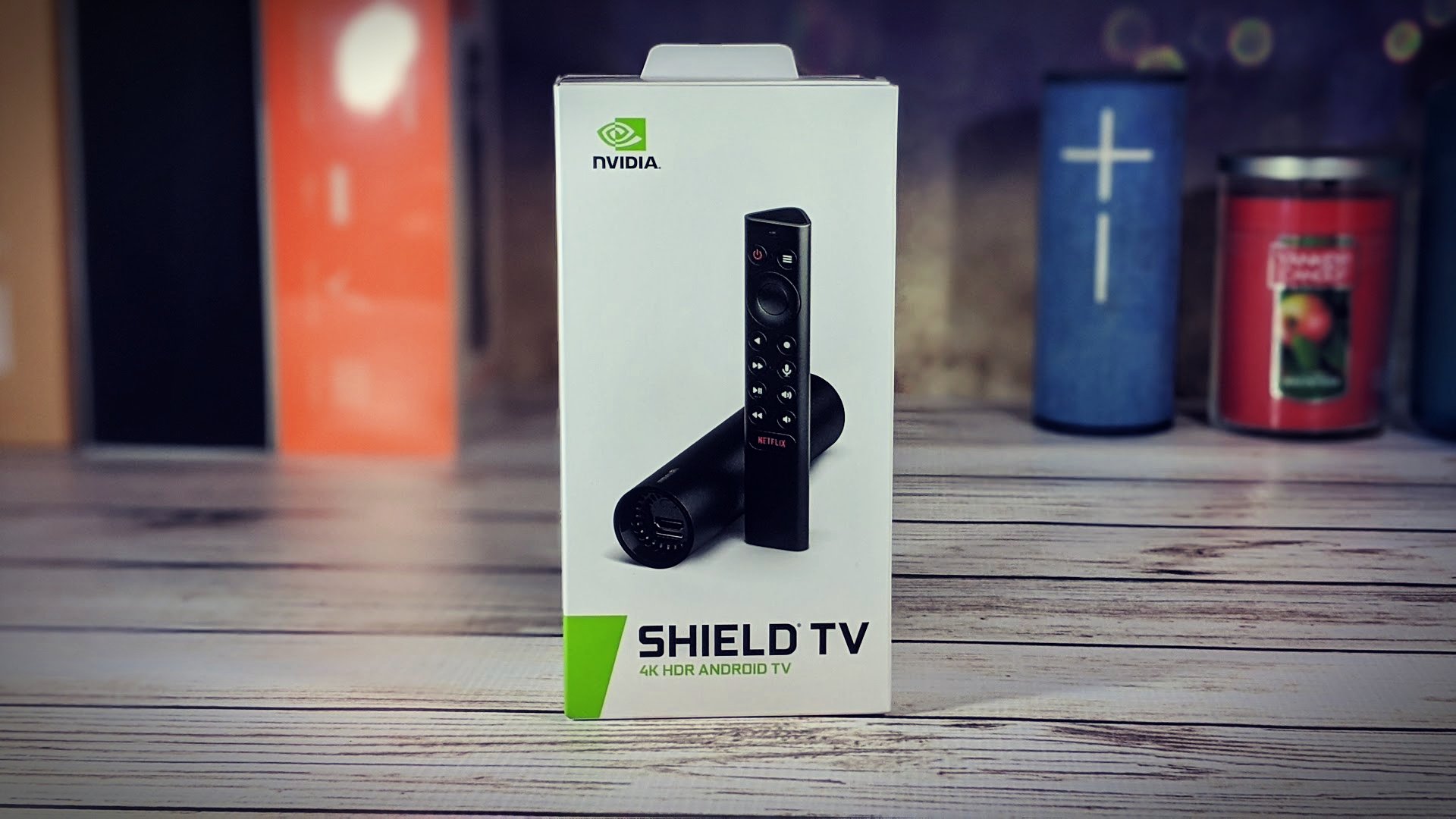 We’ll dispense with the fluff and pageantry and get right to it. When it comes to consuming media in the era of cord-cutting and all-you-can stream video, nothing beats Android TV. We might be a bit biased, but, to us, there’s no better way to manage all of the services and options.

Taking things a step further, nothing represents the Android TV better than NVIDIA’s Shield TV. If you have an otherwise “dumb” TV, you owe it to yourself to purchase an NVIDIA Shield.

The Android TV platform went through some growing pains in its first few years. It was promising stuff, but no one brand emerged as the premier player in the space. It worked, but it was sometimes wonky and there was no standard to be had. 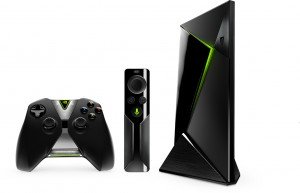 Along came NVIDIA with its Shield TV, which offered up the best Android TV experience to date. Indeed, even its first generation console from 2015 is still the best way to take in content and play games. Four years on, and tons of software updates later, the NVIDIA Shield TV can’t be beat.

As 2019 comes to an end we find NVIDIA has upgraded the experience, bringing about two options. In one hand you have a lean, and more affordable device that is more than sufficient. In the other hand you have a more robust model that’s designed with gamers and expandability in mind.

We’ve had the fortune of testing out the new NVIDIA Shield TV and are more than pleased with the experience.

Setup couldn’t be any easier, even if your only experience with Android has been via phone. It’s literally a few minutes of your time and plugging in two cords. There’s the power cable and an HDMI that runs to your TV. 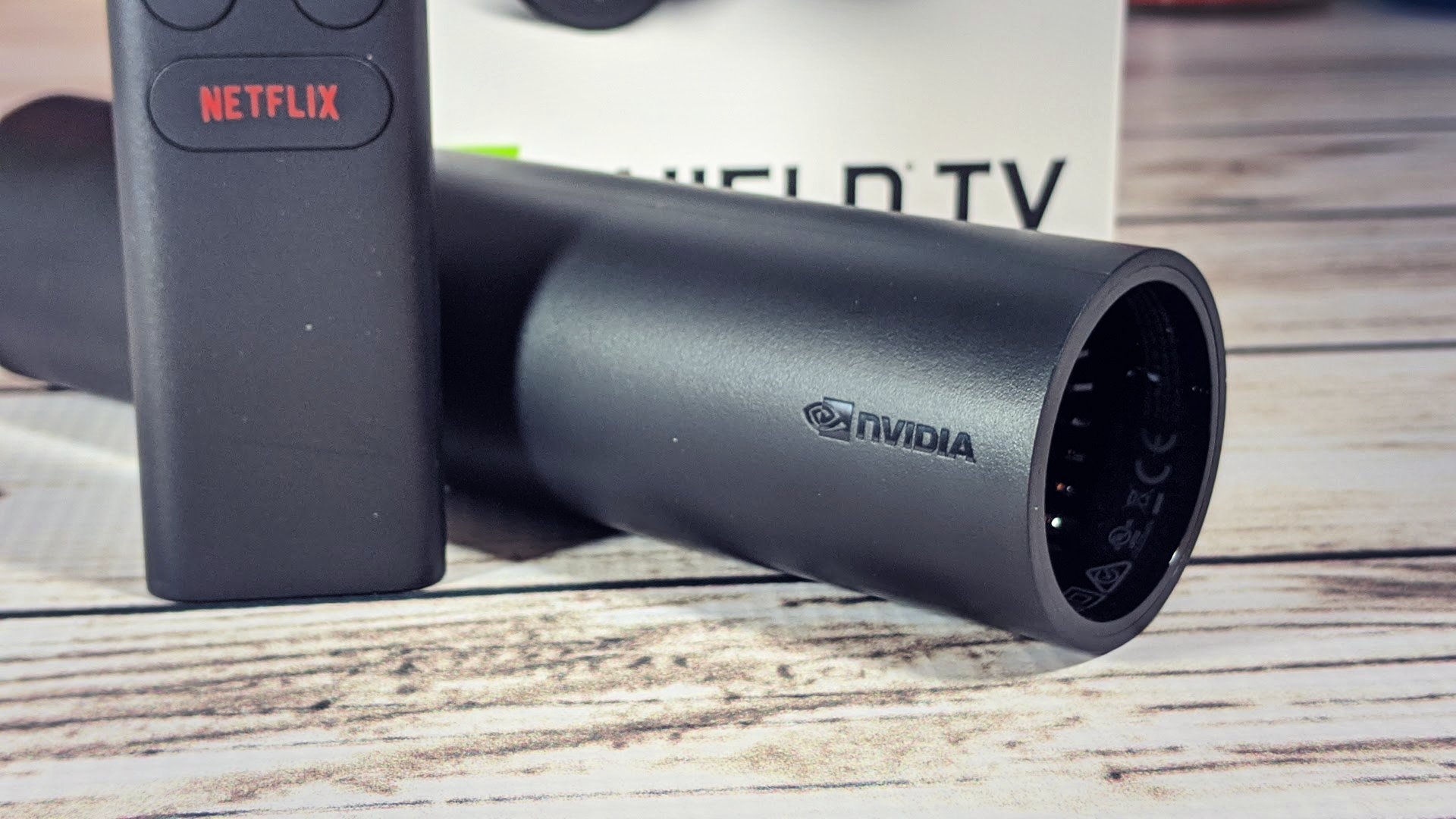 A totally tubular design for the Shield TV (2019)

Power it up, follow the steps, and log in. After that it’s just a matter of adjusting your preferences and downloading apps from the Play Store. It was refreshing to start anew, and install games and apps.

The 2019 NVIDIA Shield TV takes up very little space on a stand. It’s almost deceiving how powerful and robust of an experience you get with something so small.

Many of the TVs we have in our home are “smart” and offer access to Netflix, Hulu, and other apps and services. Could we use their menu and remote to get much of the same content? Sure, but it’s nowhere near as cohesive and user-friendly.

No TV maker has the smarts or UI that can be achieved with Android TV. And even though there aren’t too many players in the space, NVIDIA is far and away the best at utilizing the platform. 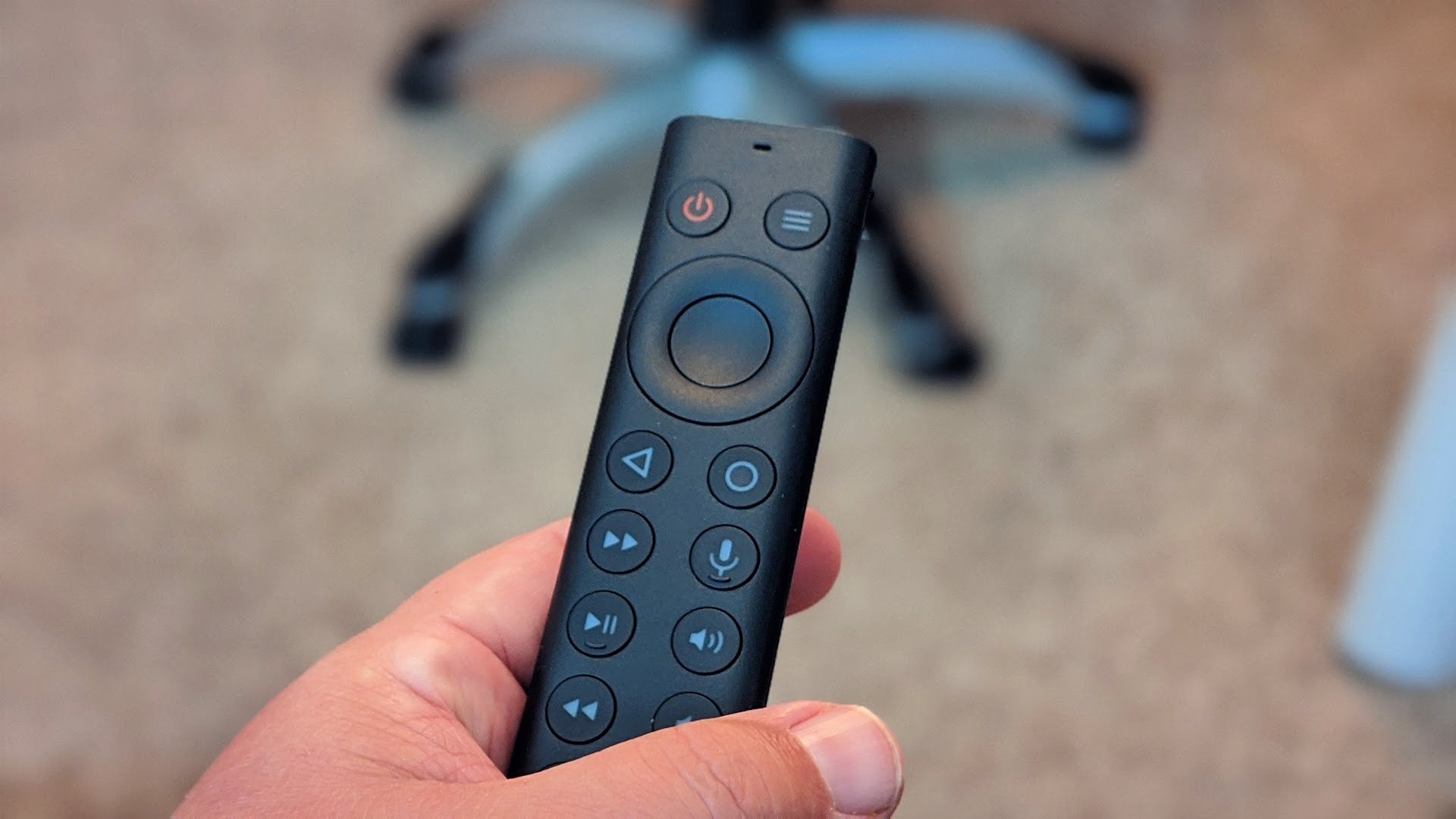 NVIDIA goes in a different direction for the new remote

We were initially really fond of the thin wafer-like remote that came with the first generation of the Shield TV. It had just enough buttons to get everything done, and nothing extra. Charged via microUSB cable, it was almost Apple-esque in its simplicity.

The 2019 remote is quite a departure, employing a more stick-like shape. It’s taller, thicker, and has a handful of additional buttons, including one dedicated to launching Netflix. This time around it uses AAA batteries.

At first we we torn by the design change but we quickly came to realize that it was a move in the right direction. First and foremost, we no longer lose the remote between couch cushions. That old, as great as it was, slipped between cushions, pillows, and seemed to wander off to often. The bigger remote hasn’t slipped between anything yet.

We also appreciate the motion-activated backlit buttons that light up just by grabbing it. Initially we felt like NVIDIA was being redundant by adding buttons for playback controls. Now, we find they’re more intuitive to control video on services like Amazon Prime movies.

Pairing another (game) controller to the Shield open up the door to games, something that the Shield TV handles very well. NVIDIA promoted the first generation around its entertainment and gaming capabilities. The 2019 successor is no less powerful and even offers up a Tegra X1+ processor. Streaming video from any source is great in both video and audio. In terms of video support, you’ll find the Shield TV is 4K HDR Ready and allows for Dolby Vision HDR and HDR10. On the audio front are Dolby Audio (Dolby Digital, Dolby Digital Plus, Dolby Atmos)
DTS-X surround sound (pass-through) over HDMI, and Hi-Res audio.

We’ve never once had a problem with the previous Shield TV that can’t be solved with a reboot. And even then, we could count on one hand how many times we’ve had to do that in four years.

Thus far, the new model has proven to be sufficiently powerful, responsive, and all a typical person might want. The 8GB internal storage may sound small when compared to what you see on phones, but that’s plenty to install your favorite streaming services and other apps. Moreover, a microSD expansion card slot lets you add much more should you be more of a lean-in gamer as opposed to a lean-back consumer.

Given NVIDIA’s track record with support we already know what we can expect in the 2019 model. That is consistent, timely updates that rival what any phone maker has done. 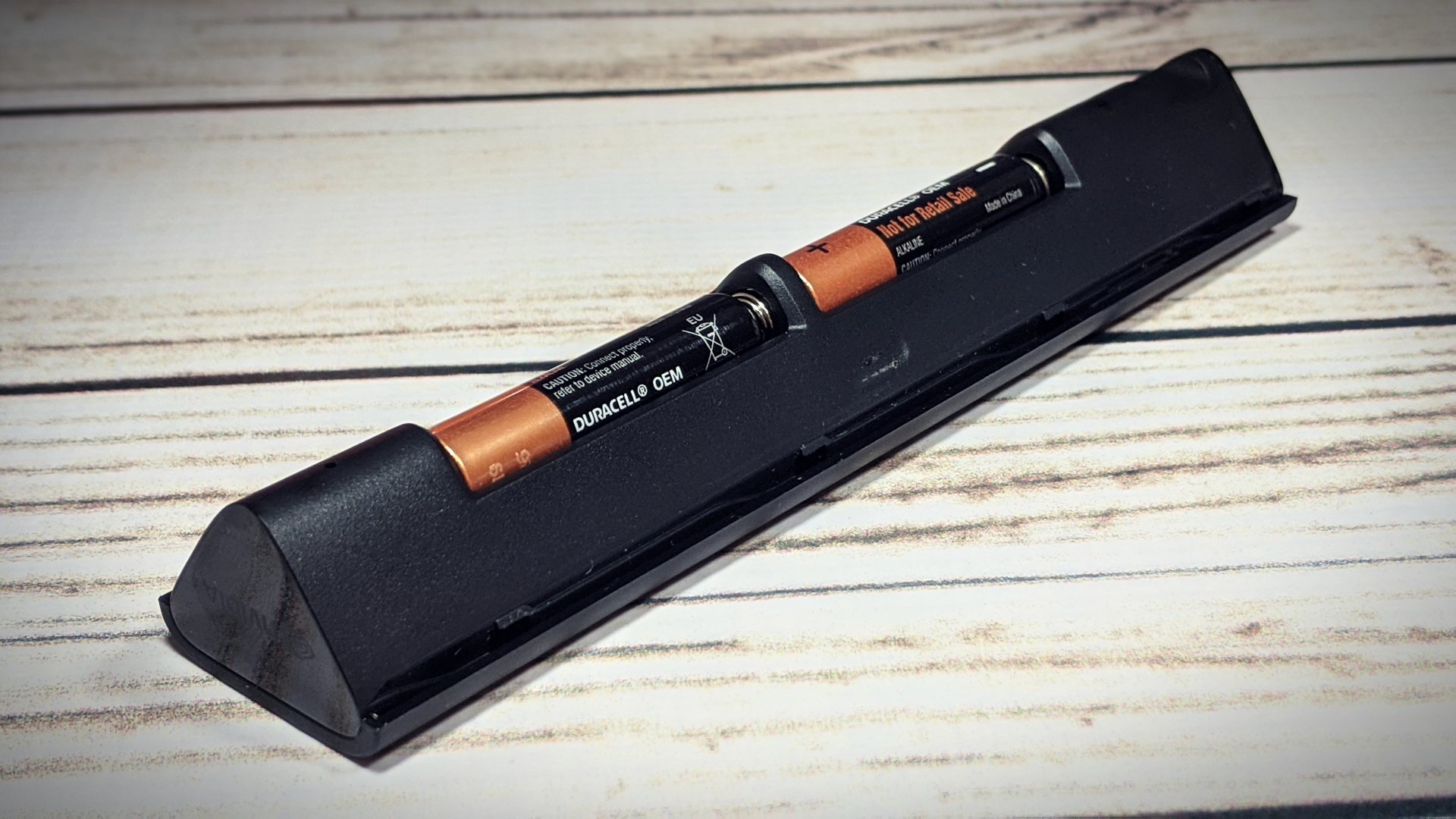 At $150 we can’t say enough about what NVIDIA puts forth in the Shield TV. There may only be a few other standalone devices with Android TV in them, but nobody else comes close.

You can purchase the NVIDIA Shield TV for $150 at NVIDIA’s website. It’s also available at Amazon, Best Buy, and B&H Photo Video where it carries the same price.