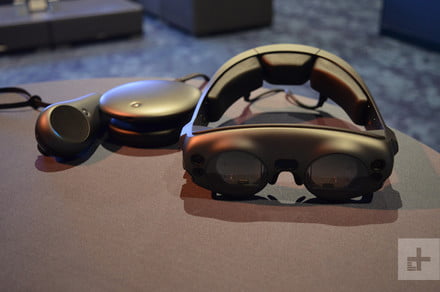 Magic Leap, the much-hyped augmented reality startup that has raised about $2.6 billion in funding, is reportedly in trouble after sales of its first AR headset fell way short of the company’s target.

According to The Information, only about 6,000 units of the $2,295 Magic Leap One Creator Edition were sold in the first six months after its April 1 launch. The modest sales figures for the mixed-reality headset indicate it will badly miss the startup’s target of 100,000 headsets sold in the first year.

Making matters even worse for Magic Leap is that the startup’s founder and CEO, Rony Abovitz, initially set a goal of at least 1 million units sold within the headset’s first year, according to The Information, citing four people who heard the target from Abovitz himself. Magic Leap executives eventually convinced Abovitz to go lower with a sales target of 100,000 units, according to three sources familiar with the matter.

The Information reported that with the poor sales, Magic Leap started giving its employees free units of the AR headset. The lackluster performance of its flagship product is also said to have resulted in dozens of layoffs across several departments, alongside other cost-saving initiatives such as limiting work-related travel and slowing down hiring of new employees.

A Magic Leap spokesperson, however, disputed The Information’s report, claiming that it was “littered with inaccuracies and misleading statements, and erroneously portrays Magic Leap’s operations, internal plans and overall strategy.”

The Information received the sales figure of 6,000 units from a single source, and it remains unverified as the startup has not revealed such data to the public, nor its employees. However, the startup’s spokesperson failed to point out which parts of the report were inaccurate, so Magic Leap’s current state remains unclear.

Magic Leap is already said to be working on the Magic Leap 2, which will feature several upgrades such as 5G compatibility, improved graphics, a wider field of view, and a smaller and lighter headset. However, it is reportedly years away from being rolled out, in which case it will have to compete in a more crowded space as Apple is expected to launch an AR headset in 2022 and AR glasses in 2023.