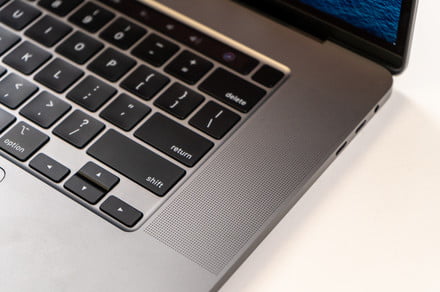 The brand-new MacBook Pro 16 may have righted many wrongs — including ditching the failure-prone butterfly keyboard for the much more satisfying Magic Keyboard — but that doesn’t mean it’s perfect. As some proud new owners of Apple’s latest laptop have found out, a few models have been experiencing intermittent popping sounds and ghosting on the display.

According to AppleInsider, the sound occurs when audio is stopped or skipped, or the audio app is closed. The sound is likened to “the clipping you can get when audio peaks too high, or when speakers are abruptly switched off and on.”

Various sufferers of the problem have proposed workarounds, such as opening QuickTime Player and selecting “New audio recording” (without actually recording anything), or starting a YouTube video then leaving for a different website.

The popular Final Cut Pro website fcp.co alleges that the issue may be related to Apple’s audio production software. According to one user, “Nearly every time we pressed the space bar for play or stop, we got an annoying loud click from the speakers.” The user continued that Apple has been made aware of the issue and is investigating it.

In our review of Apple’s latest MacBook Pro, we praised its speakers as “by far the best speakers you can find on a laptop” and didn’t experience the popping issue ourselves, so it’s possible it’s limited to certain situations and use cases.

The second problem befalling the brand-new MacBook Pro 16 is related to its display. Some users have reported “ghosting” issues, where scrolling can leave faint, brief traces as you move down the page.

A number of users on the MacRumors forums have claimed the issue is more prominent on their MacBook Pro 16 displays than on older models of the laptop, such as the 2015 MacBook Pro. However, other users have stated they have noticed no problems with the device’s display, and there’s no official word yet from Apple on whether this is a bug or not.

Apple is supposedly working hard on a new mini LED display for its MacBook Pro line, which would bring some noticeable improvements to the screen. Whether the new panel type would fix this type of issue remains to be seen.

As with the audio popping, we had no issues with ghosting or blurring when we reviewed the MacBook Pro 16. In fact, we found it was “gorgeous” and “immersive,” with accurate colors and excellent contrast.

Still, we’ll be keeping an eye on whether Apple responds to this issue. If it does, we’ll report on it here. 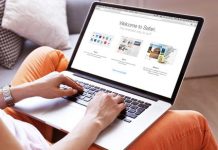 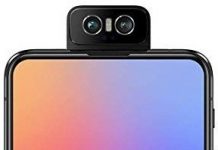 Looking for an ASUS phone in 2020? These are the best options you’ll find 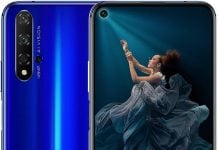