How to make your Disney+ avatar Baby Yoda 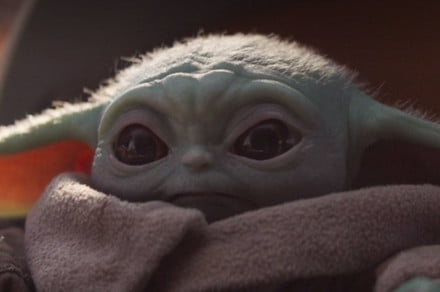 The launch of Disney+ created a ton of buzz, from the technical difficulties that plagued launch day to the news that 10 million people signed up on the first day. It’s no surprise, considering the streaming service offers an incredible content library that includes classics from the Disney archive, the entire Pixar library, as well as movies and TV from the Marvel and Star Wars universes. But perhaps the most viral event to come out of the service thus far is the introduction to a tiny, green alien.

That’s right, we’re talking about Baby Yoda, the cutest little creature to come out of the Star Wars universe in years (or perhaps ever?). And today it was announced that you can show your own appreciation for Baby Yoda (aka The Child) by choosing the little tyke as your Disney+ Avatar.

Assuming you love Baby Yoda (which, of course you do), you may be interested in expressing your love in the form of your Disney+ avatar. Yes, Baby Yoda is an available avatar. Here’s how to make it yours.

How to change your Disney+ avatar

Open the Disney+ app on your preferred device.

Choose the profile you wish to edit.
Select “Choose Icon.”

Scroll to the Star Wars section (or, if you see the icon in Featured, that works too) and select Baby Yoda.

Select “Done” to save your changes.

We apologize in advance for the family feud this may cause. The Child from #TheMandalorian is now available as a profile icon on #DisneyPlus. pic.twitter.com/W65zQSHs4X

For those unaware (and there can’t be many of you left out there), Baby Yoda was introduced by the first live-action Star Wars television series, The Mandalorian, which debuted at Disney+’s launch. The series instantly captured the hearts and minds of Star Wars fans. Considered a space Western, something that’s a little off-the-cuff for the Star Wars universe, The Mandalorian stars Pedro Pascal as a loner bounty hunter with a conscience. The Mandalorian may have implications for the storylines of the larger Star Wars film universe as well, making it one of the most influential pieces of Star Wars content to air off the silver screen.

However, regardless of the show’s connection to the rest of a galaxy far, far, far away, it’s clear that it has already had a massive impact on our galaxy through Baby Yoda. The adorable fifty-year-old child (species age differently!) has practically broken the internet, spawning countless memes, unstoppable conspiracy theorizing, and all of the merchandise. In these times of strife and internet-based conflict, Baby Yoda is the ultimate, unifying force for the common good. All can agree Baby Yoda is glorious.

Now you can have the coolest, cutest Disney+ profile icon in town. You’re welcome!

Facebook
Twitter
Pinterest
WhatsApp
Previous articleSnag this 58-hour software developer guide and hit 2020 running
Next articleFortnite now has split-screen multiplayer, and here’s how to use it

Aston Villa make the journey to Anfield as they face newly-crowned Premier League champions Liverpool. Don't miss a kick by
Read more
How to

After seven long months, Formula 1 is back to kick off its 70th anniversary season which will start with the
Read more
How to